A WOMAN let out a victorious cheer after making a man standing in a parking space to reserve it move out of the way. 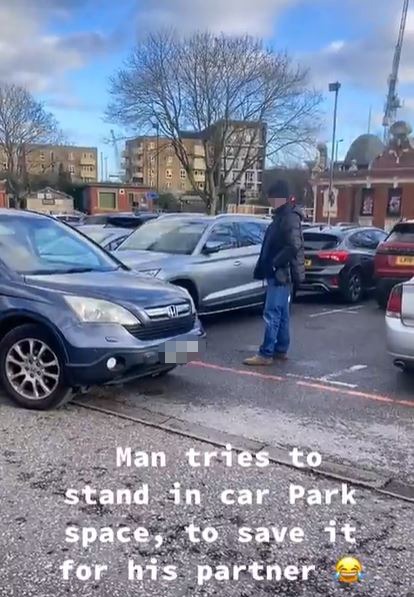 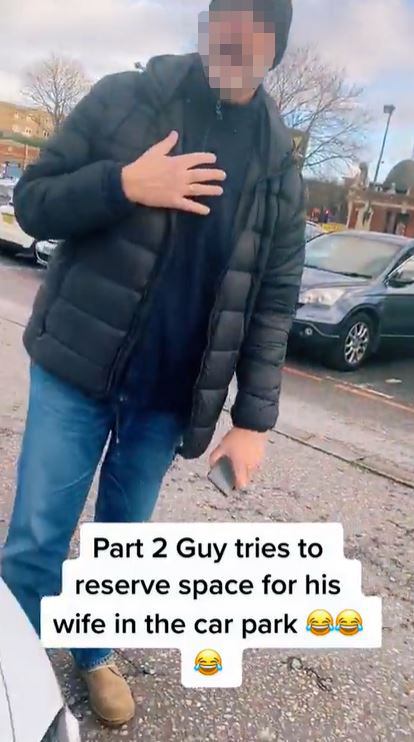 A clip shared on TikTok shows a bloke wearing a beanie blocking a Honda from driving into a space as he is "saving it for his partner".

The woman behind the camera in another vehicle then tells the man to "smile" before he points at her and says: "You can't film me."

He shares some heated words with the passenger in the waiting car before giving in with a reluctant "ok, go away".

The shopper who caught the exchange on her phone then woops loudly in celebration.

Footage of a later conversation with the man in question shows him trying to justify his actions as he was "just waiting for the space".

Another man says: "You can't just stand there and do that. It's out of order.

"You have to follow the queue and the process."

'NOT A SPICE GIRLS REUNION'

Could THIS F1 rule see Lewis Hamilton named champ ahead of Max Verstappen?

The comments section of the video, shared on December 9, was flooded with people arguing for both sides.

One person said: "Getting silly now, this needs stopping.

"You simply cannot stand in a car sparking space to reserve it."

But another disagreed, writing: "Man's a hero."

A third chimed in: "It's an absolute joke. Who in their right mind would do this?"

But a fourth posted: "My wife does that all the time, what's the problem?" 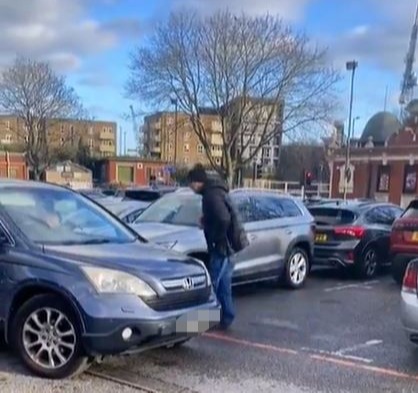