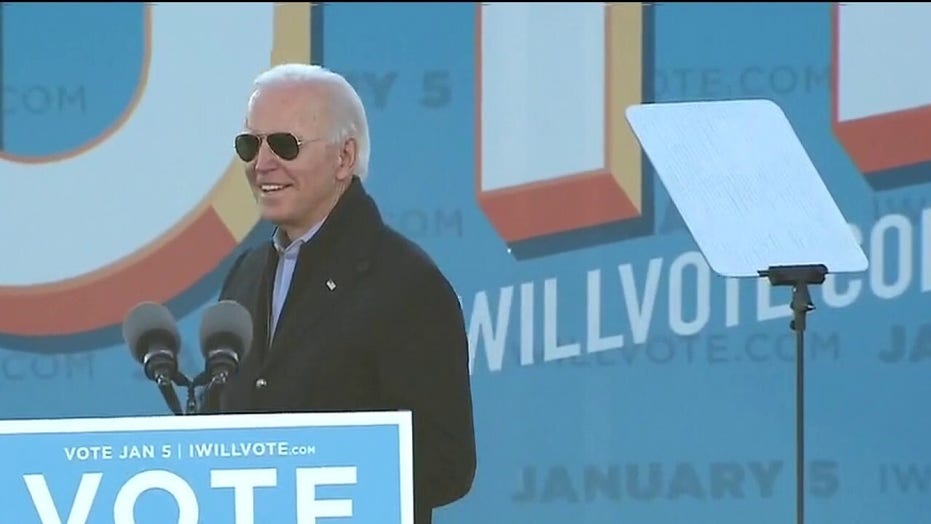 Peter Doocy has the latest from Georgia on ‘Special Report’

On Tuesday the American people will learn two things from Georgia’s Senate runoffs. One is whether Donald Trump, amid all his election controversies, can rally his troops in numbers sufficient to put Republican Sens. Kelly Loeffler and David Perdue over the top. The other is whether Joe Biden has any coattails.

Thus far attention on Georgia has focused on President Trump, and for good reason. Not only did he lose a state that hasn’t gone for a Democratic presidential candidate since Bill Clinton in 1992, he’s now made himself the main issue in the two Senate runoffs. And the outcome will affect all Americans, because it will determine whether the Biden agenda will sail through a Democratic Congress or be blocked and tempered by a Republican Senate.

But there’s been zero attention on the equally compelling question about Mr. Biden: Can he carry Democrats other than himself to victory?

The November election suggests he can’t. Start with the Senate, which Democrats were favored to win. Instead, they have 48 seats, so they need to sweep both Senate runoffs to get to a 50-50 tie in which Kamala Harris would then cast the deciding vote.