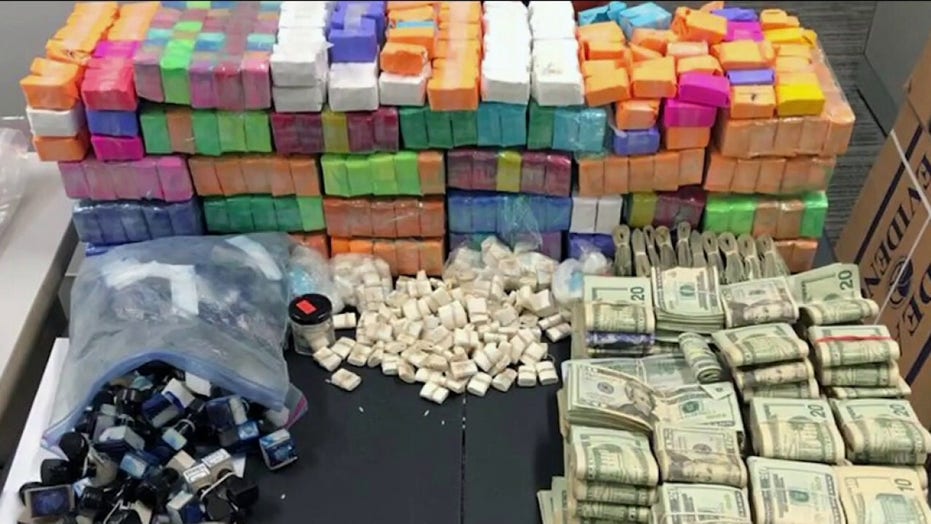 West Virginia Attorney General Patrick Morrisey is suing the Biden administration over a key immigration policy reversal he says has fueled a “devastating” flow in the deadly drug fentanyl.

The state is suing over the reversal of the Trump-era “Remain-in-Mexico” policy, which kept migrants in Mexico while they awaited their hearings. The Biden administration began dismantling it in January and ended it in June.

Critics had called the policy – officially called the Migrant Protection Protocols (MPP) — ineffective and cruel, while the Trump administration had said it ended “catch-and-release” by which migrants were released into the interior, reducing the pull factors bringing migrants north.

Fentanyl, an opioid for pain treatment, is between 50 and 100 times more potent than morphine. More than 36,000 people died from overdoses involving synthetic opioids like fentanyl in 2019, according to the CDC.

The lawsuit claims that ending MPP burdened and distracted Border Patrol, therefore decreasing border security more broadly against the trafficking of fentanyl “leading directly to both increased numbers of smuggling attempts and increased rates of success in evading Border Patrol.”

It accuses the administration of having violated the Administrative Procedure Act (APA) by not having considered the consequences of the policy on drug trafficking when it ended MPP.

There have so far been 9,337 lbs of fentanyl seized in FY 2021 compared to 4,791 in FY 2020 and 2,804 in FY 2019. While most of those apprehensions take place at ports of entry, it is unclear how much is getting past agents between the ports. NBC reported in June that an increasing amount of the drug is being found in the desert.

Morrisey said that his state has seen an increase in the drug in recent months, although it has been becoming more of a problem for years.

“We are seeing numbers in West Virginia go through the roof in terms of fentanyl rising and while fentanyl has been increasing in recent years, we’ve really seen a lot of growth over the last 6-7 months and that’s very disconcerting,” he said.

He says that when smugglers bring the drug across the border “they make their way up the major highways eventually getting up to Detroit and Columbus and coming into West Virginia so there are a variety of different pathways that the fentanyl is moving in, but it is ultimately making its way up to many of the states across the country.”

The lawsuit is the latest to target the termination of Remain-in-Mexico. A federal judge ordered the Biden administration last week to resume the program after he found in favor of a lawsuit by Texas and Missouri which also accused the administration of violating the APA.

An appeal for a stay was dismissed by an appeals court, but late Friday Supreme Court Justice Samuel Alito issued a temporary stay that will be in effect until Tuesday night so he and the other Supreme Court justices can review the filings submitted in connection with the case.

Morrisey said that the ongoing lawsuit from Texas and Missouri does not affect the lawsuit by his state.

“We think we’re correct on the law, that when you make a major change in policy the way they did by moving away from Remain-in-Mexico you have to use reasoned decision making and you can’t meet the standard of reasoned decision making if you don’t actually consider drug trafficking coming across the border, and they didn’t when they changed the policy,” he said.