Want To Fend Off A Coronavirus Recession? Send People Money.

Interest rate cuts won’t blunt the economic impact of a pandemic. Yet as the threat of the coronavirus threatens to tip the U.S. economy into a slump, that seems to be the federal government’s preferred solution.

Just this week, fresh off an emergency call with central bank leaders around the world, the Federal Reserve cut interest rates ― a somewhat surprising move coming about two weeks before its next scheduled meeting. It was the first emergency rate cut by the Fed since the financial crisis in 2008 and a strong signal that the central bank is taking the threat of the virus seriously.

The problem is that cutting interest rates, which were already very low, isn’t likely to do much to solve the kinds of economic problems posed by a virus.

Think of it like this: If more people get sick, more people can’t work. Businesses become less productive and ailing workers without paid sick leave don’t earn money. (They might also go to work sick.) Meanwhile, others who are either sick or afraid of catching the virus stop going out and spending money.

Crucially, all the people out of work will still need money for food and housing costs. The new record-low mortgage rates aren’t going to solve that immediate problem ― especially not for renters. Nearly 4 in 10 adults would have trouble handling a $400 emergency expense, according to a recent study from the Federal Reserve.

The solution is obvious and backed up by the latest economic research: Send people money.

“What you want to do in a recession or when people have immediate financial distress is you want to give them the money right away,” said Claudia Sahm, director of macroeconomic policy at the Washington Center for Equitable Growth and a former section chief at the Federal Reserve who has researched the effectiveness of direct payments during recessions.

It’s worth emphasizing that the first and most critical way to shore up the economy and calm a worried stock market is to aggressively contain the virus and treat the sick. The sooner the COVID-19 outbreak is under control, the better it will be for people’s lives and pocketbooks. 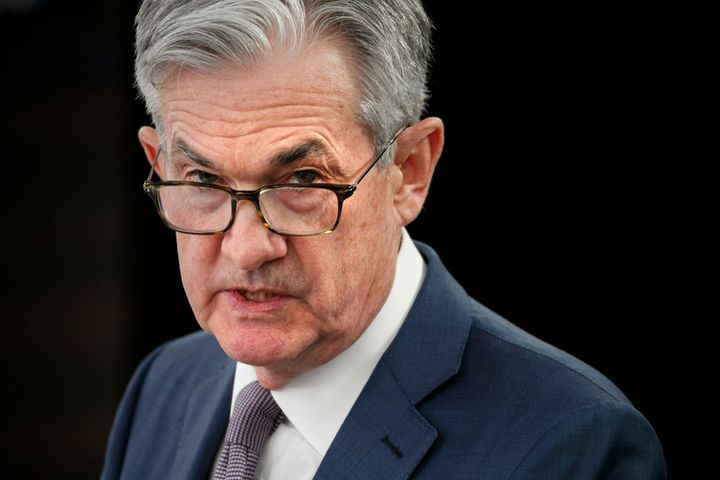 The federal government has given out cash before. In 2008, as part of its stimulus efforts during the financial crisis, the George W. Bush administration sent out checks for $600 to single taxpayers and $1,200 to married couples ― with $300 extra for each child in the home. In 2001, Bush sent checks to manage the dip from the dotcom bust. Subsequent research found that those checks worked: People spent the money, boosting demand and bolstering the economy.

“Send thousand-dollar checks to everyone, along the lines of Bush in 2008,” said Josh Bivens, a director of research at the liberal Economic Policy Institute. “Of all the things Bush did economically, it was among the better ones.”

Studies of the Bush checks convinced a lot of economists that giving people lump sums actually does help bolster an economy in slowdown. Previously, some economists pointed to models that suggested too many consumers would just hold on to the money.

Common sense never lined up with that view, of course.

To be clear, the economy is not in recession now. But to fend off a downturn kicked into effect by the outbreak, one of the best things the federal government could do right now would be to get money to those who are sick or have to stay home with someone who is, Sahm said.

“If you’re out of work for two weeks, in a lot of service sector jobs you lose your job,” she said. “There’s potential for a lot of financial distress if those people don’t get help.”

In fact, several economists are making the case for sending everyone, sick or not, a check.

“I’ve been making the argument as much as I can,” said Jay Shambaugh, director of the Hamilton Project and a senior fellow in economic studies at the Brookings Institution.

Direct payments wouldn’t just keep people from going broke, Shambaugh pointed out. They would have public health benefits: The cash cushion they provide would give vulnerable low-income workers the means not to go to work while sick.

And that would likely be a better short-term solution to the problem of people spreading the virus on the job than trying to quickly implement a national paid sick leave policy, Shambaugh said. He recommends pulling the trigger now.

The unemployment numbers coming out Friday will represent the job picture in February. By the time we know what’s happening in March, it could be too late.

“You can’t time this perfectly,” he said. Big picture, this is about making sure that someone who is sick isn’t out driving for Uber next week, he added.

It’s tough to imagine the Trump administration, not exactly known for supporting efforts to help low-income workers or effectively implementing policy, pulling this off. Yet there are signs that maybe the White House wants to give people money. The administration has floated the idea of a payroll tax cut, akin to the one implemented during the Obama administration.

This would boost workers’ paychecks, but it isn’t a perfect solution. First of all, a higher paycheck only helps people who are actually getting paid. Those who are sick and home without paid leave and those who lose their jobs are out of luck.

Third, research has shown that the Bush lump-sum checks were more effective at boosting the economy than money that’s dribbled out through a tax credit or cut.

The idea of simply giving people money has captured recent public attention. Annie Lowery, a writer at The Atlantic, published a book last year called “Give People Money,” making the case for a universal basic income. Andrew Yang ran for president on a version of the concept. The current idea for fighting off a virus-sparked recession would be a one-off, distinct from those proposals that involve long-term cash transfers from government to citizens.

Still, the appeal is similar.

Besides the payroll tax cut idea, Trump’s agriculture secretary suggested this week that the agency could dish out extra food benefits in an area particularly stricken by COVID-19. Republicans in the House seem open to paying for virus patients’ health care.

Jared Bernstein, a former chief economist for Vice President Joe Biden and a senior fellow at the Center on Budget and Policy Priorities, also recommends boosting Medicaid funding to the states and beefing up unemployment insurance.

But Bernstein warned the Trump administration remains a key obstacle to making any fiscal policy solution work in time. “They have terrible governance chops,” he said.

“I suspect [the Trump administration] would be willing to do fiscal stimulus. I just think they have more difficulty getting their act together than you’d like,” Bernstein said. “There’s never been any hesitation over there to spend money on stuff.”

Arthur Delaney contributed to this report.