Electric vehicle charging infrastructure has been a hot ticket subject for automakers, EV charging companies, and consumers as EV sales continue to grow, but the number of charging infrastructure solutions remain limited (especially when compared to the number of gas stations). As a result, startups like Volta Charging and traditional automakers like Porsche and Volkswagen have begun exploring and pushing the EV charging space.

Volkswagen's new autonomous robots target a specific segment of charging needs. According to the German automaker, the winking robots are meant to be used in "restricted" parking lots, such as underground parking structures.

"Setting up an efficient charging infrastructure for the future is a central task that challenges the entire sector," Thomas Schmall, CEO of Volkswagen Group Components said in a statement on the news release. "We are developing solutions to help avoid costly stand-alone measures."

The robot's job is pretty straightforward. 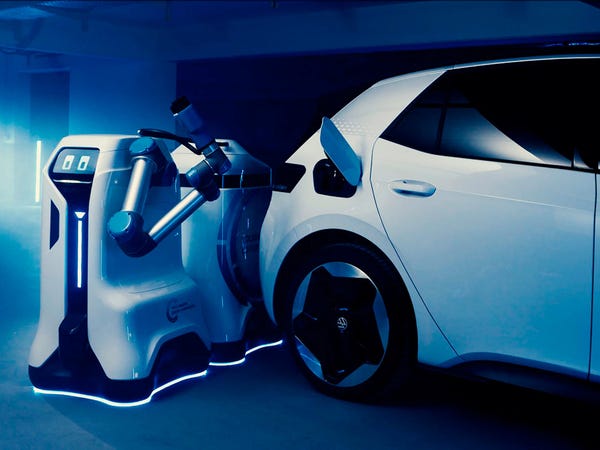 An EV driver can hail the robot by using an app or the car's communication system. 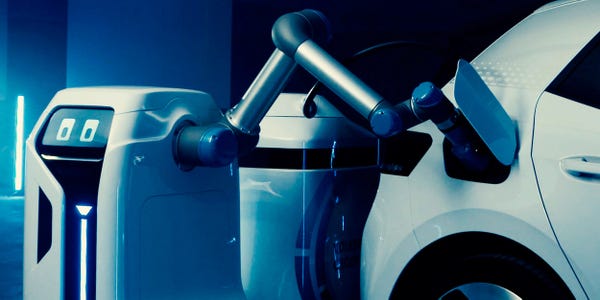 When called, the robot will move to the parked EV with a mobile energy storage unit. This energy bank will then be plugged into the vehicle. 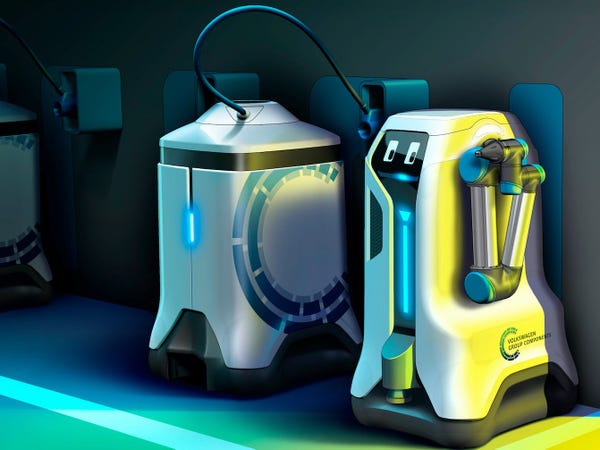 Like any human, the robot can operate an EV's charging socket, and connect and remove the charging plug. 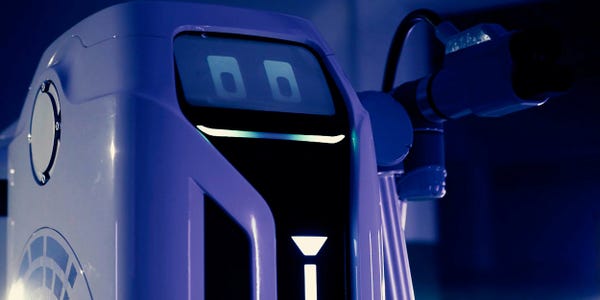 When the vehicle is all juiced up, the robot will remove the charging unit and bring it back to its main recharging area. 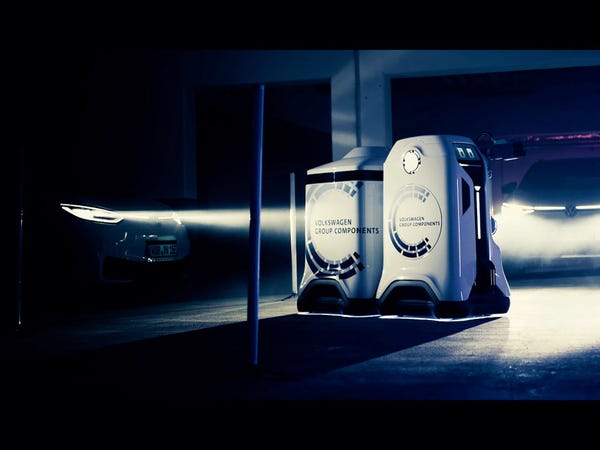 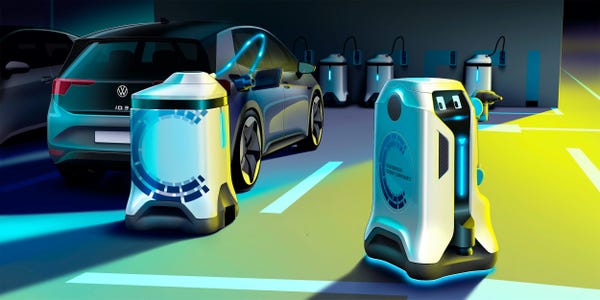 The automaker is now further developing the robot with the hope of using it at areas like parking garages, therefore replacing the need to build new charging infrastructures. 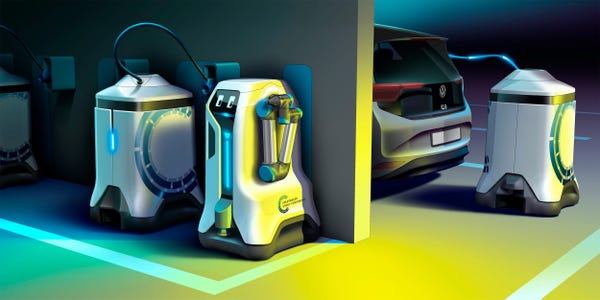 The robots are still in the prototype phase, but Volkswagen Group Components' "flexible quick charging stations" will be available early next year. 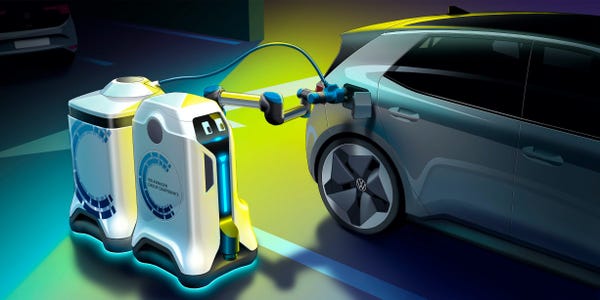