A RARE albino dolphin has been spotted off the coast of California.

Delighted experts think it's the same dolphin that was first observed as a baby back in 2015. 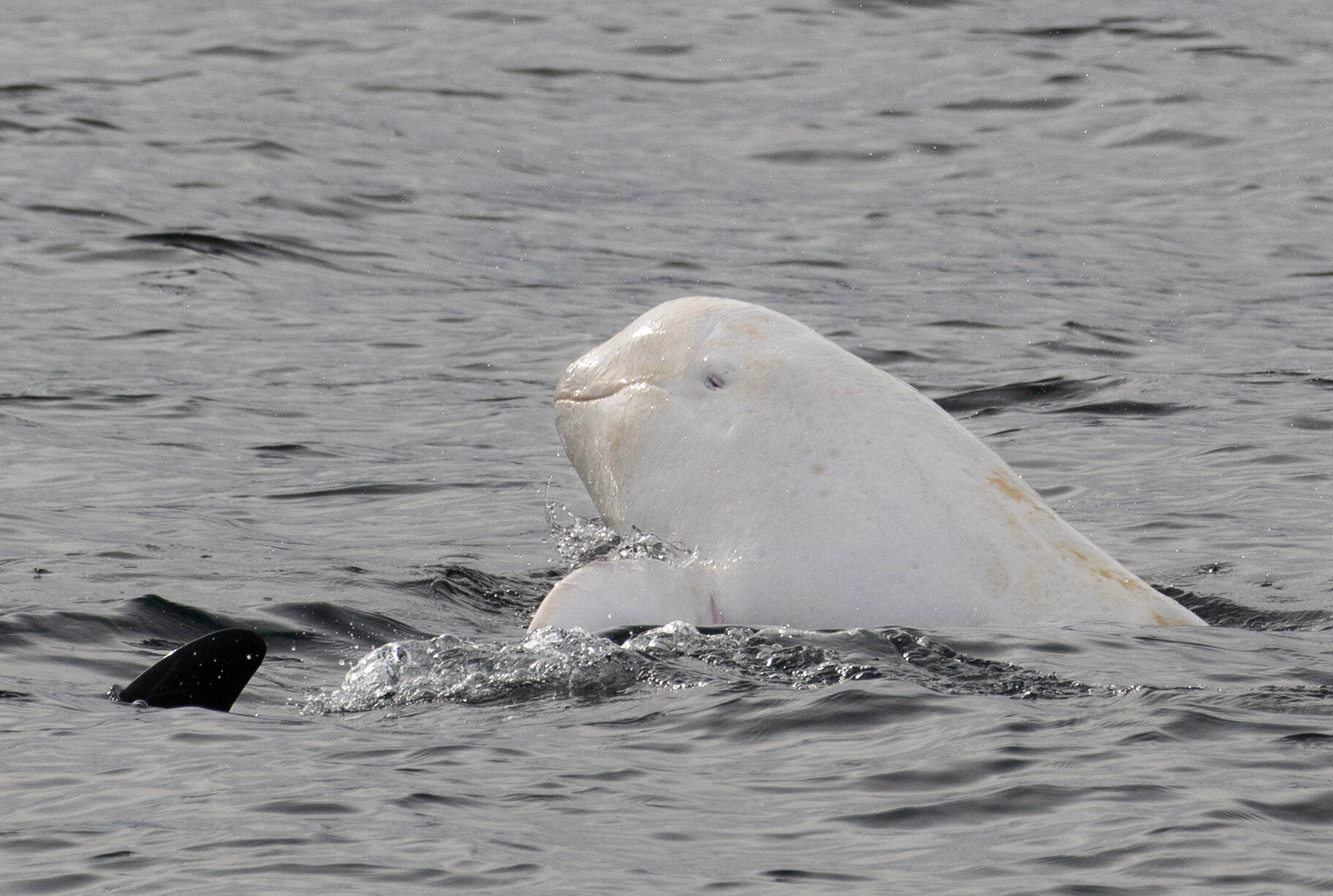 People have been flocking to Monterey Bay to try and get a glimpse of the albino Risso's dolphin.

He's been given the nickname 'Casper' by researchers and locals.

Pods of Casper's species of dolphin are common in the area but it's very unusual to see one with his condition.

He's thought to be an albino dolphin, which means he lacks pigmentation in his skin. 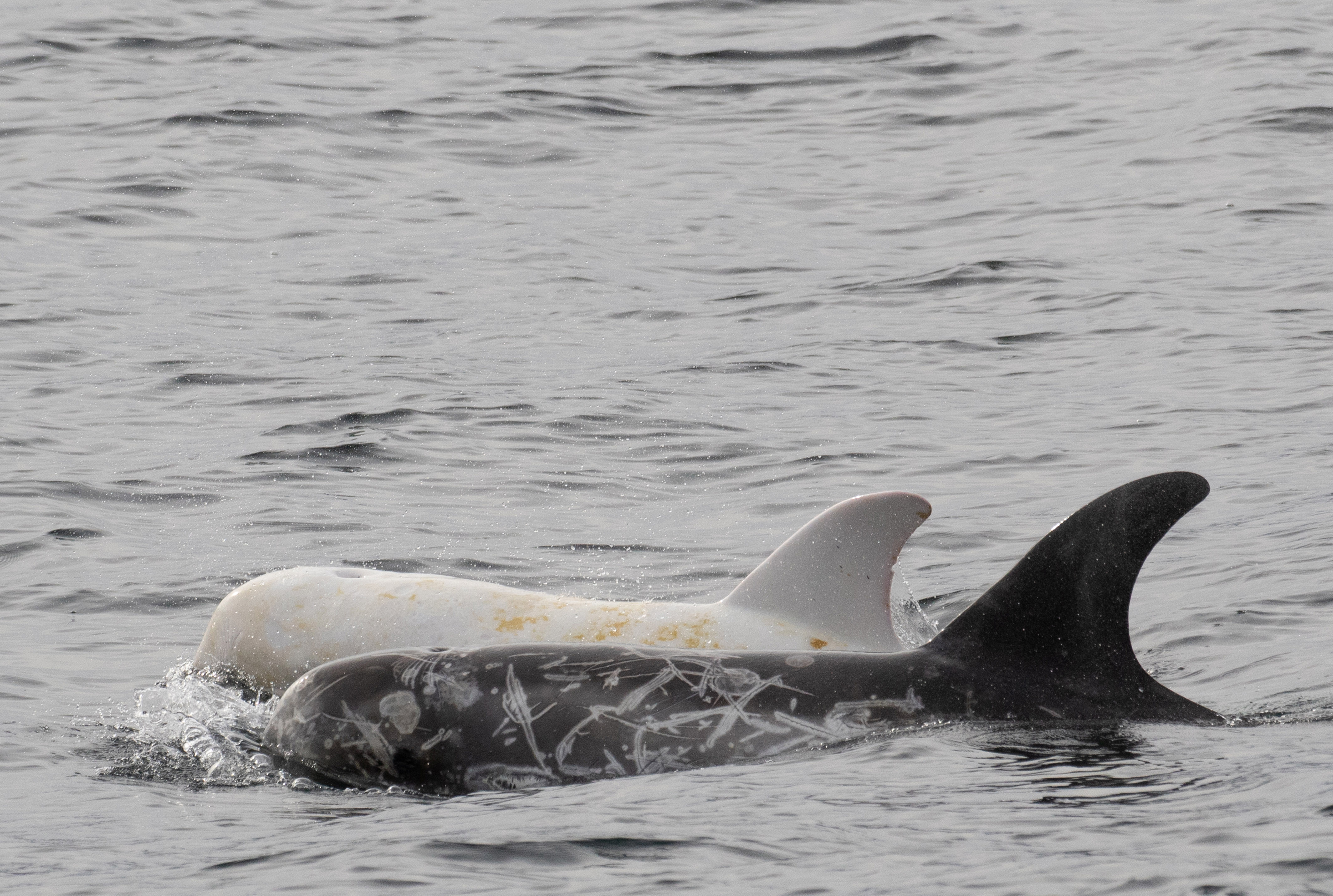 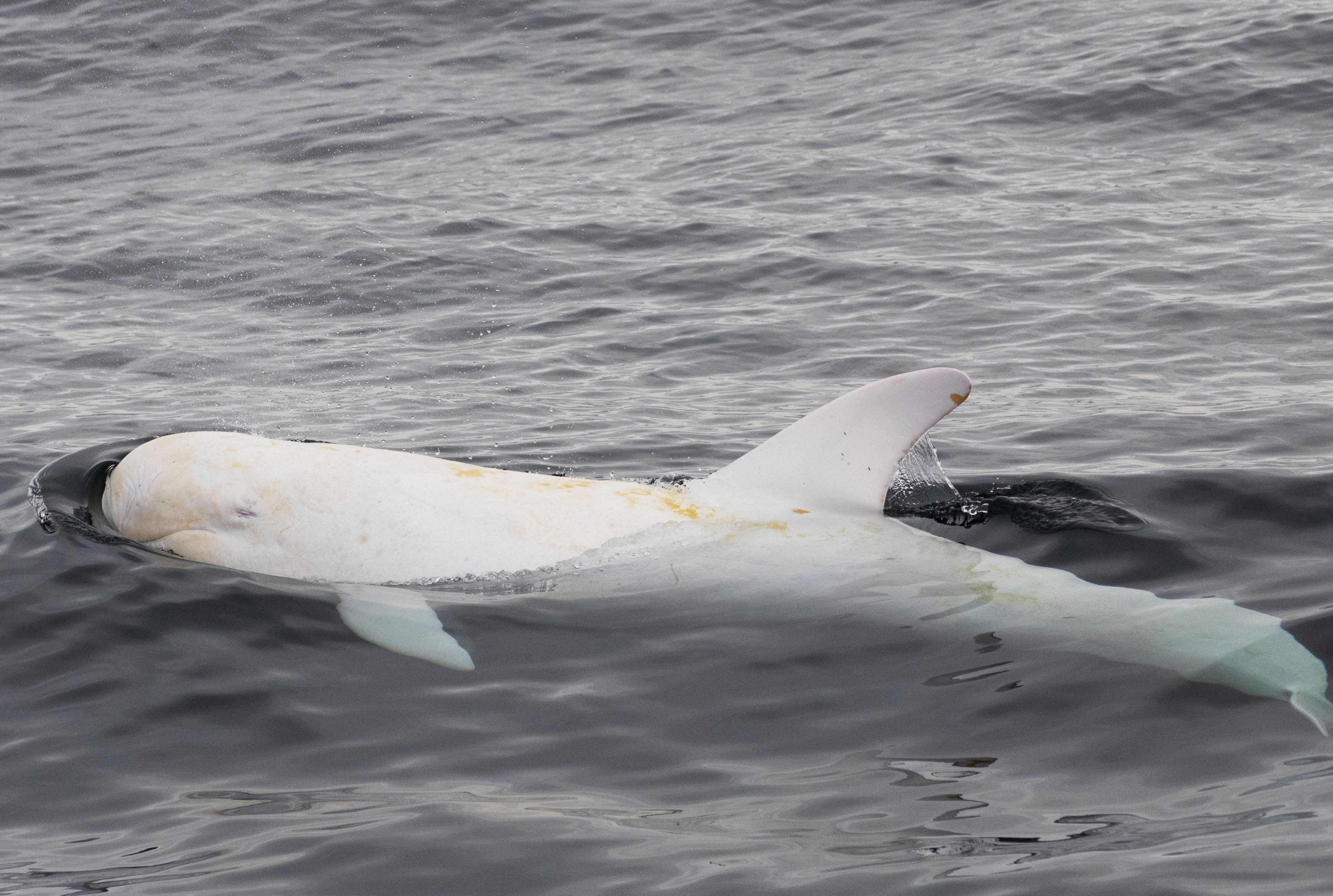 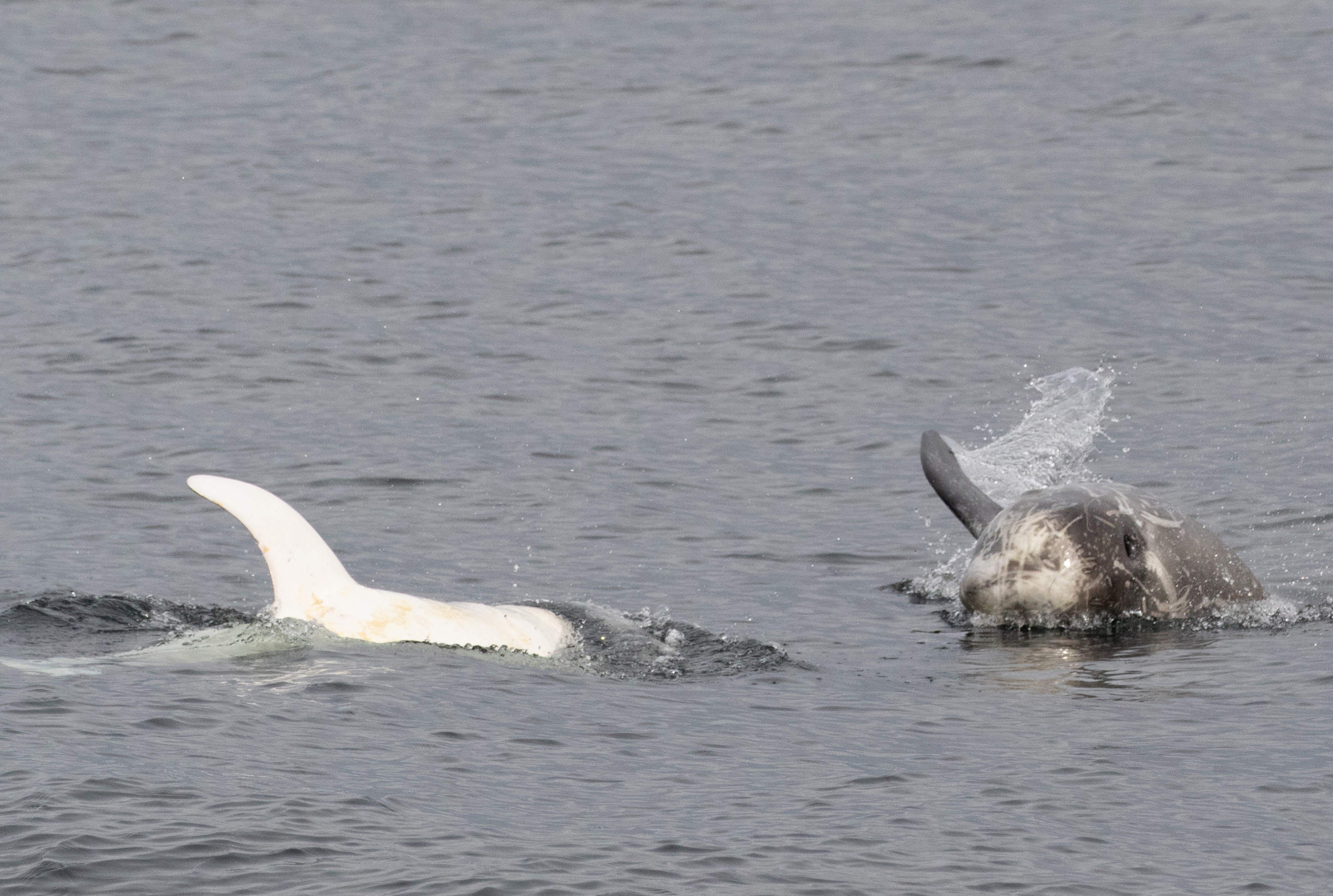 Often animals with albinism, like Casper, don't survive very long in the wild because they can stand out more to predators and their skin provides less protection from the sun.

Colleen Talty, a marine biologist at Monterey Bay Whale Watch, told a local news outlet: "He’s not a very common dolphin to see, but we will see him often when he’s in those large groups.

"We saw him today, but sometimes we go out many months in between sightings." 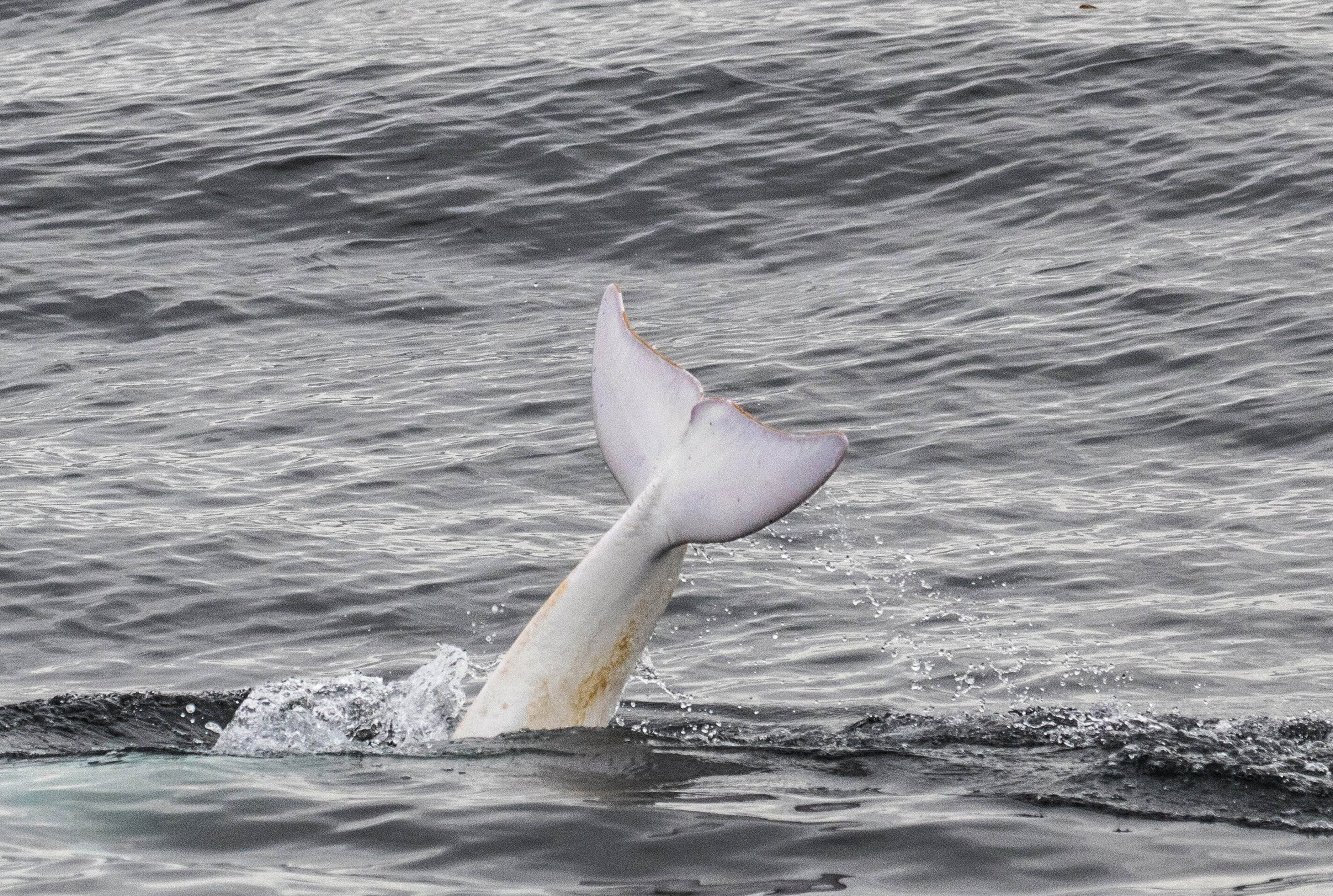 Casper is known for being elusive but sometimes goes close up to see tourists on whale watching boats.

Risso’s dolphins usually have grey stocky bodies that are covered in scars. 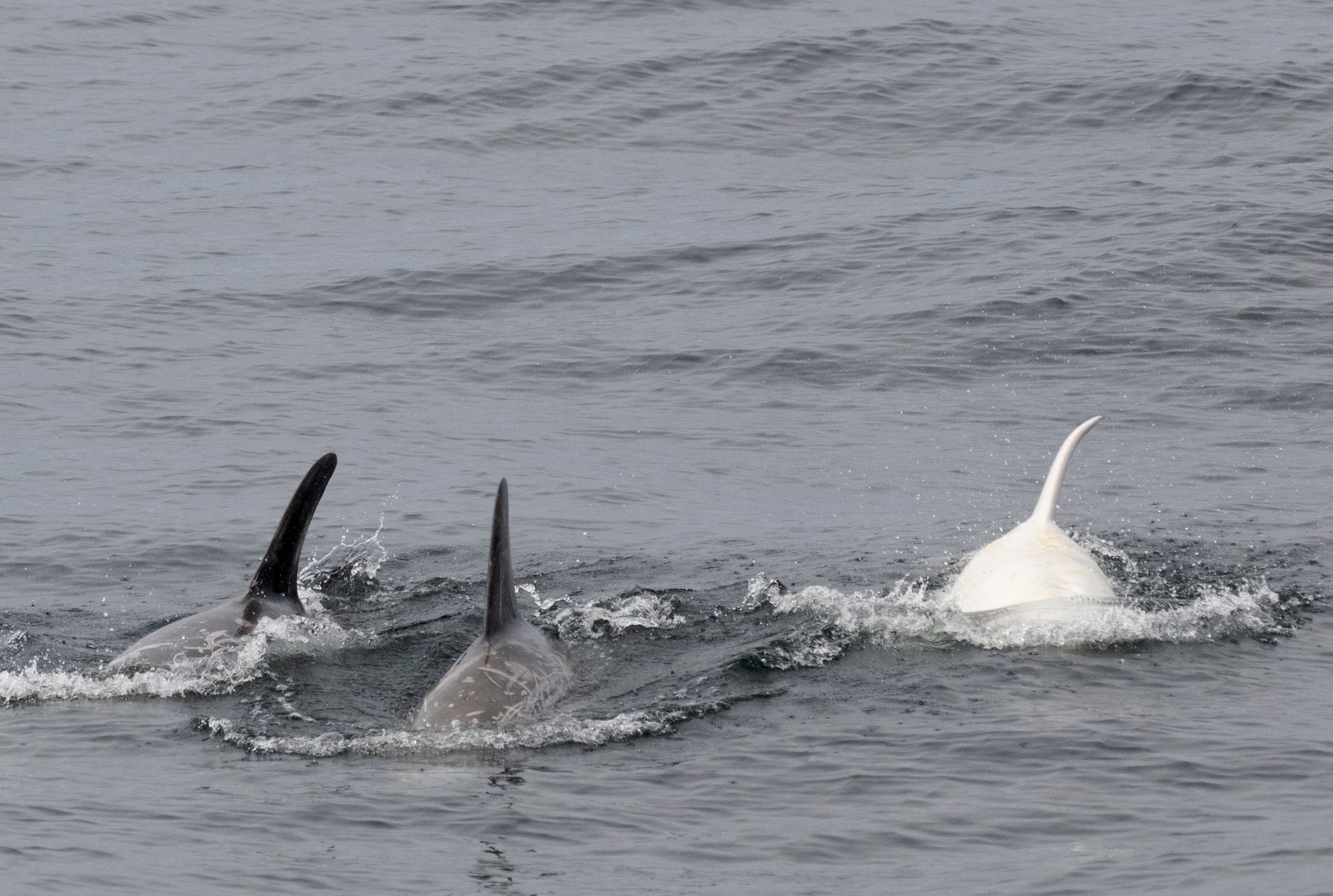 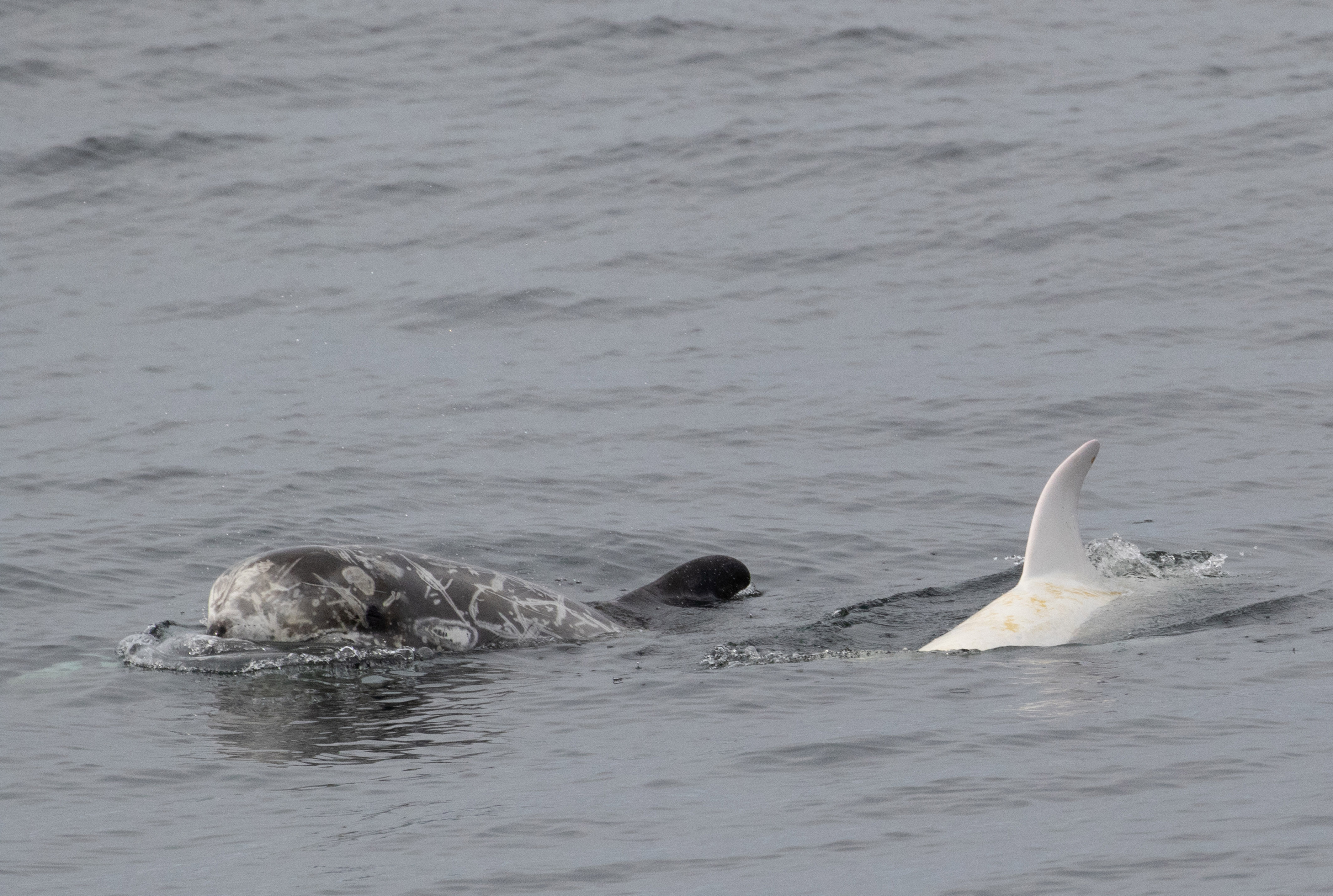 Casper appears to have scars too but they present themselves as yellow marks instead of white or light grey.

The dolphin species has skin that scars easily and they're often scarred by each other or when trying to eat squid.

All Risso's dolphins get progressively paler as they get older because of the scarring.

They're sociable animals who love swimming in deep waters but are often spotted jumping out of the water near coastlines.

They're found almost all over the world in mild or tropical waters.

Here’s what you need to know about the cute creatures…

There are 36 dolphin species, which can be found in every ocean but there are a few of them that live in freshwater streams and rivers like the South Asian river dolphin and the Amazon river dolphin

Despite their name, killer whales are actually the largest kind of dolphin and can grow up to 30 feet long

They use echolocation to navigate the ocean and find prey, which involves creating sound waves to bounce off objects so they can work out things like size and distance

An echolocating dolphin can make up to 1,000 clicking noises per second

They are very sociable, playful animals and are constantly communicating with each other

They normally live in pods of around 12 but can form a 'megapod' with other nearby dolphins in rare situations, such as if they are avoiding predators

In other animal news, billions of insects are set to swarm on the US next month after spending 17-years underground.

Paralysed mice have walked again thanks to a break-through gene therapy that's created hope for the millions of humans with paralysis.

And, a deer was found in the US with hair growing out of its eyeballs.

Are you amazed by the rare albino dolphin? Let us know in the comments…