UK property: Value of average house soars by £16k in a year 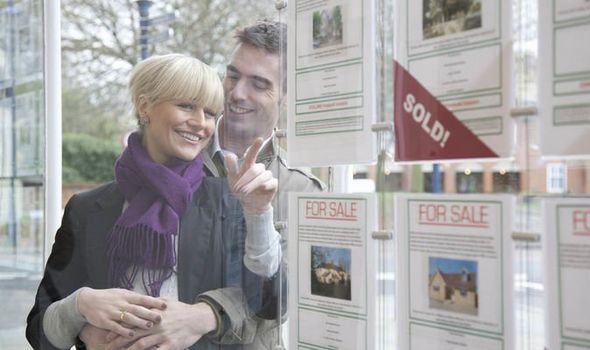 Annual growth rebounded to 7.1 percent last month from 5.7 percent in March, producing a £15,916 rise. And experts predict that rate will reach double figures by the summer if prices hold steady over the next few months. Some believe there could be a “super boom” in the property market not seen for 20 years. But other fears that the buoyant market, helped by Chancellor Rishi Sunak’s stamp duty holiday, could see a correction when the relief ends.

Robert Gardner, chief economist at the Nationwide Building Society which compiled the figures, said: “Just as expectations of the end of the stamp duty holiday led to a slowdown in house price growth in March, so the extension prompted a re-acceleration in April.” But he said 75 percent of those moving or considering it last month were doing so anyway.

Low borrowing costs and a change of home preferences during the pandemic are also expected to support rises. Samuel Tombs, of researchers Pantheon Macroeconomics, said that annual house price growth of at least 10 percent by June “looks likely”, but he warned: “We doubt house prices will be materially higher at the end of this year than at present.”

Iain McKenzie, chief executive of The Guild of Property Professionals, said: “The combination of high demand and low supply could create the conditions for a housing superboom the likes of which we haven’t seen since the early 2000s.”

Guy Harrington, chief executive of residential lender Glenhawk, added: “The honeymoon won’t go on for ever, and the longer the current unsustainable levels of house price growth continues, the sharper and more painful the eventual correction will be.”