They want him to accept an invitation to strike an agreement with the Canadian government and bring an end to an “immoral” policy which means pensions are “frozen” at the level paid when they left the Britain. The pensioners claim in their letter that the vast majority of them receive less than £60 per week – less than half what they would receive if they had remained in the UK. The Canadian Government has pushed for a “comprehensive social security agreement” and concern about British pensioners is building in that country’s parliament.

In their letter to the prime minister, the pensioners say the feel “forgotten” by the UK and urge Mr Johnson to strike a reciprocal agreement with Canada.

They write: “By signing this agreement, you would be ending the injustice of frozen pensions for 150,000 UK pensioners in Canada and sending a powerful message that your Government will not allow UK pensioners overseas who have paid into the system to suffer in later life because of where they choose to live.

“Currently, all UK pensioners living in Canada and many other Commonwealth countries, including Australia and parts of the Caribbean, are treated as second class citizens with our pensions frozen at the point we retire or when we leave the UK…

“This immoral policy is pushing UK pensioners into poverty at the very time when we should be enjoying the secure retirement, we believed we had… Some of us have been forced to continue to work well into our eighties, feel unable to be the grandparents we wish we could be or feel ashamed to be British all because of our frozen pension.

”We all have deep rooted and personal connections to the UK, including family and friends, but this immoral policy leaves us feeling ‘forgotten’ by our own country.” 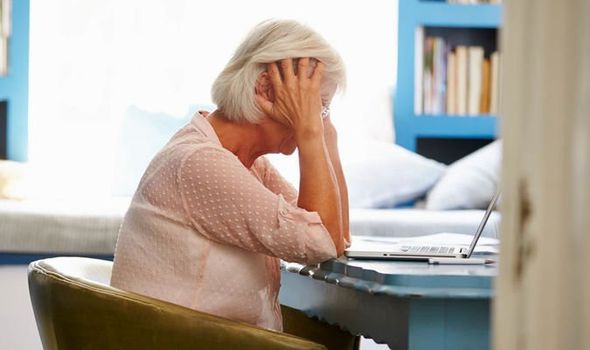 A spokesman for the End Frozen Pensions campaign said: “There are over half a million frozen UK pensioners worldwide who feel abandoned by their own country as a result of this immoral policy.

This development must herald the end of frozen pensions so every UK pensioner receives the state pension they are entitled to and can have the retirement they deserve.”

Pensions minister Guy Opperman stated on January 11 there are “no plans” to hold discussions with Canada and “no plans” to change the Government’s policy on uprating UK state pensions for people who live overseas. But on January 18 he said the department for work and pensions “plans to respond shortly to the request from Canada for a reciprocal social security agreement”.

A spokesman for the department said: “We understand that people move abroad for many reasons and that this can impact on their finances. There is information on gov.uk about what the effect of going abroad will be on entitlement to the UK state pension.