UFC president Dana White lashed out at the Las Vegas Review-Journal over the weekend after the paper criticized his COVID-19 safety protocols, and went so far as to suggest that fans attending the live sporting event could end up with “permanent damage or death.”

Las Vegas Review-Journal writer Adam Hill covered White’s event — which welcomed a crowd of 15,000 in Jacksonville, Fla. — marking the first return to full fan attendance since before the pandemic.

Hill marveled at how “at least 15,000 people are willing to risk permanent damage or death to attend a live sporting event again.” 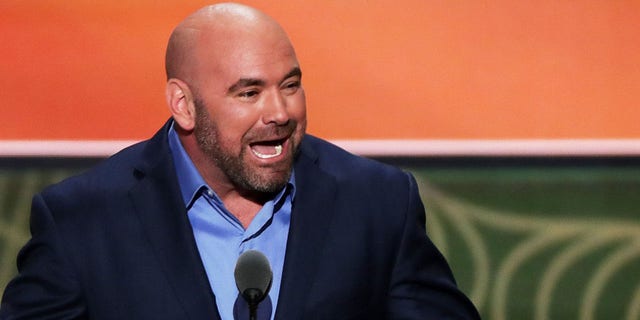 He cited a legal disclaimer provided by the UFC to those in attendance which reportedly read, “may lead to exposure to COVID-19 and that contraction of COVID-19 may result in severe and permanent damage to the health of the Holder and/or others including, but not limited to, death.”

“Hey Las Vegas, this is our piece of sh– local newspaper,” White fired back. “Through this entire pandemic we didn’t lay off a single employee, we worked with governmental agencies in Nevada and around the world to put on every event safely, and we chose to bring our biggest fight of the year with Conor McGregor back to town July 10th to help relaunch the city. Yet, this is how the Las Vegas Review Journal shows its support for a true local business. Go f— yourself LVRJ, and don’t bother coming to the fight in July.”

UFC’ has a large footprint in “Sin City.” Besides its headquarters, the mixed martial arts organization also boasts a state-of-the-art, 130,000 square-foot production facility and a 30,000 square-foot training facility.

In his rebuff, White suggested that by bringing the Conor McGregor headlined event to Las Vegas in July that further contribute to local job creation.

While White didn’t explicitly say that he would revoke the press credentials of the Las Vegas Review-Journal, he does appear to allude to it, telling the daily newspaper not to bother coming out to the aforementioned UFC event in July.

His attack on the paper comes less than a week after White told Fox Sports host Colin Cowherd in an interview on The Volume podcast network, that journalists and much of the media at large are “full of sh–.”