A Twitter account that closely monitored the trial of former Jeffrey Epstein partner Ghislaine Maxwell was suspended on Wednesday after the tech company claimed the profile was violating rules against “platform manipulation and spam.”

The Maxwell Trial Tracker @TrackerTrial account, which has only been active for two weeks, had roughly 525,000 followers at the time of its suspension. 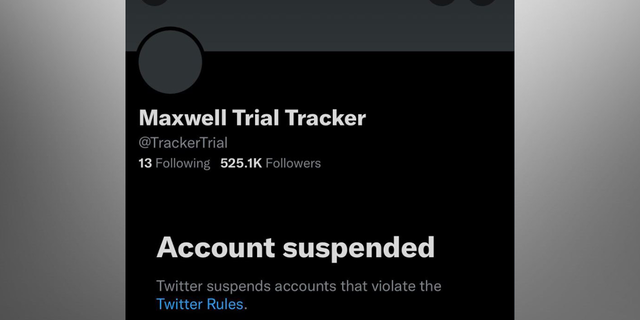 “I woke up this morning and the @TrackerTrial account on Twitter was suspended. All the other accounts that I have made in the past were also suspended. This was the only note that I received,” said the account holder on their Substack page, “The Free Press Report. The post attached an image of the message from Twitter on the suspension. 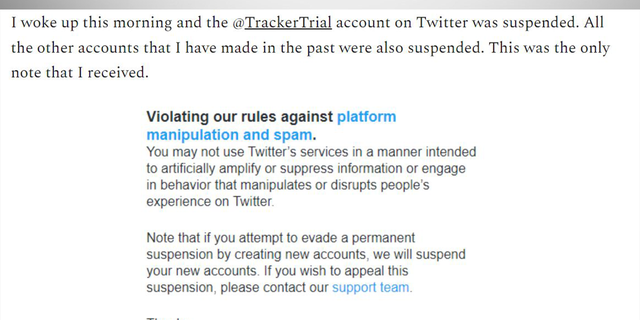 A December 8, 2021 screenshot of ‘The Free Press Report’ Substack post.

The Substack post indicated that according to Twitter’s rules, the Maxwell Trial Tracker account was “artificially” amplifying information. The Free Press Report asserted the Twitter account’s engagement was “organic” and denied any form of outside amplification. The post also said they had reached out to the tech company to appeal the suspension. 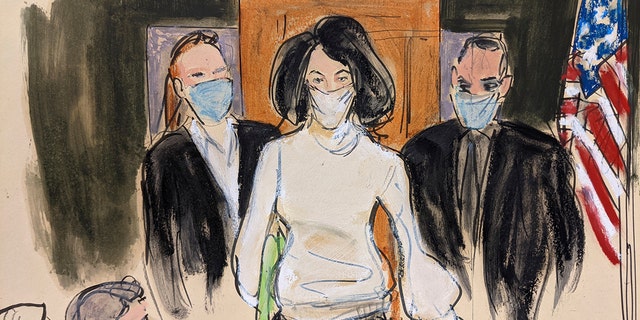 In this courtroom sketch, Ghislaine Maxwell enters the courtroom escorted by U.S. Marshalls at the start of her trial, Monday, Nov. 29, 2021, in New York.
(AP Photo/Elizabeth Williams)

The Nancy Pelosi Portfolio Tracker @NancyTracker, which tracked the Speaker of the House’s investments, was also operated by the same user and was also suspended.

Maxwell, 59, is accused of helping “to recruit, groom and ultimately abuse” four teenage girls for sexual acts with Epstein from 1994 to 2004 at his Manhattan home. Prosecutors are expected to rest their case as early as Thursday, which could dramatically shorten the legal proceedings. Regardless of the outcome, Maxwell will still face another trial after this for two counts of perjury that the judge previously agreed to separate at the defense’s request.