Home » World News » Tucker: Liz Cheney is lying to you about Jan. 6

Tucker: Liz Cheney is lying to you about Jan. 6 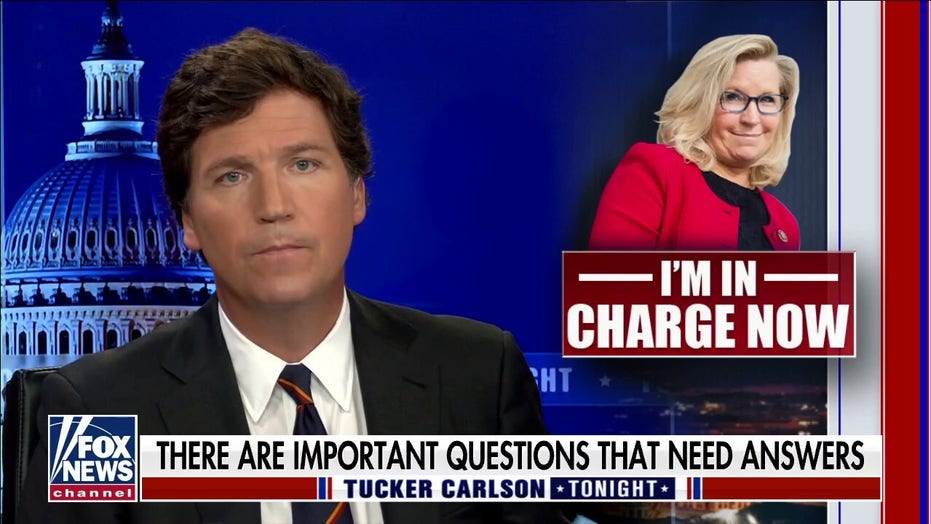 ‘Tucker Carlson Tonight’ host argues the Jan. 6 committee uses its power to ‘harm and humiliate’ people they disagree with politically.

If you live in Manchester, New Hampshire, first of all, congratulations, it’s a really nice place. But second, we thought we’d give you an explanation for what you may have just seen. So if you live there and last month, you thought you saw Liz Cheney wandering around downtown Manchester, no, you were not hallucinating. Liz Cheney was there. And that’s pretty weird if you think about it. Not a lot of people go to Manchester, New Hampshire, in November, so it probably wasn’t a family vacation. Nor is it likely that Liz Cheney went up there by accident. Manchester is an eight-hour drive from her home in the D.C. suburbs, and more to the point, it’s also eight hours from the CNN studios in downtown Washington that she inhabits more often than most of us go to church and much more reverently.

Manchester is also, not that it matters to her, more than 2,000 miles from Wyoming. That’s the state that she supposedly represents in the U.S. Congress.

So the question is: What was Liz Cheney doing in Manchester, New Hampshire, and of course, there’s only one conceivable answer. Liz Cheney plans to run for President of the United States.

Now, if that sounds demented, yeah, it’s because it is, but it’s also real. Now, you may be wondering if Liz Cheney were to run for president, what exactly would she run on? She doesn’t like Trump. OK. But what would her platform be? We know the answer to that because Liz Cheney only cares about one thing and only ever has, and that is starting pointless wars in faraway countries. The more pointless the war, the farther away, the better it is. Droning peasants makes Liz Cheney feel powerful. It’s been the great cause of her life.

But you have to ask, do a lot of voters agree with her on that? Is there a massive national constituency for more Iraq invasions? We’ve seen the polling on that, and in a word, no. There’s not a massive national constituency for Liz Cheney’s foreign policy views. Just the opposite, in fact. People live outside D.C. do not support more pointless wars that do nothing for the United States or its core interests. They’re not eager to send their kids to die for eastern Ukraine, and the reason they’re not is they’ve already done it. They fought a lot of wars like this because Liz Cheney told them to and they’ve had enough. 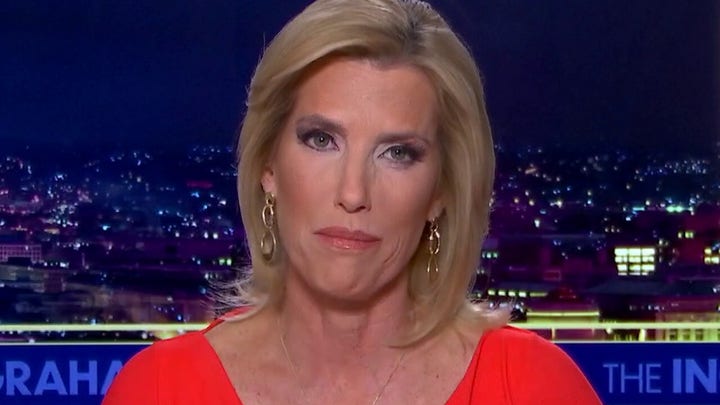 Yet apparently, Liz Cheney is the last person who doesn’t know this. She has literally no idea. She believes she has a shot at the Republican nomination for president, and she believes that fervently enough to fly to Manchester, New Hampshire, in the middle of November. So what can we conclude from this behavior? Not looking at what she says, but what she’s doing? And the only answer is Liz Cheney is delusional. She’s living on another planet, and on that planet with her is the Republican Party’s fading leadership class. The people who stopped assessing reality are having new thoughts of any kind, right, around 2003. That’s the era in which they are frozen in amber.

And those people are sending Liz Cheney a ton of money, huge amounts of money because they wanted to run for president. Cheney has raised millions of dollars just this year, in part from political action committees run by Mitt Romney and Mitch McConnell, and, needless to say, Lindsey Graham. Apparently, all of these geniuses think that Liz Cheney has a good shot of being president.

So Liz Cheney is this cycle’s Jeb Bush, who, by the way, has also given her money because of course he has. Now you should know that none of these people, and they are the very same people who feel perfectly empowered to lecture you about what’s conservative and what’s not, not one of these people has said a single word about Liz Cheney’s performance on the House of Representatives January 6th Commission. That commission is now in the process of trying to hunt down and destroy anyone to the right of Adam Kinzinger, who himself is on the committee, and we should tell you, still bursting into tears quite a bit.

The Jan. 6 Committee has become the American version of a Soviet show trial or overstating it. You think? Well watch it for yourself on C-SPAN? Come to your own conclusions. We’ll tell you this: The Jan. 6 committee has somehow awarded itself the power to seize the personal communications of its political enemies and then make them public. The arguments really simple: Turn over your text messages or we’re going to send you to jail.

Let’s not lie about this. The point of this exercise is not to uncover crimes. The January 6 committee hasn’t found any crimes, and at this point will not find any crimes. The point is to harm and humiliate the people you disagree with politically, and that’s what they’re doing.

So yesterday, in case you missed it, Liz Cheney found herself with a list of text messages to and from Mark Meadows. Meadows was Donald Trump’s last White House chief of staff. Now, those texts showed no evidence of any crime whatsoever. But since she had them, Liz Cheney thought they might be embarrassing to conservatives, so she read them on television. Some of those texts, it turns out, were from anchors here at Fox News, and Liz Cheney took special delight in reading those.

CHENEY: According to the records, multiple Fox News hosts knew the president needed to act immediately. They texted Mr. Meadows and he has turned over those texts.

Notice the faux seriousness, according to the record. Now, before we get into the details of what is in those texts, just step back for a second and consider what we just saw. We now live in a country where none of your private communications are safe from the eyes of power–drunk politicians like Liz Cheney. Liz Cheney can harness the awesome power of the national security state to seize your personal text messages and then read them into the congressional record. And guess what? There’s nothing you can do about it, Mr. Citizen. We don’t care.

So your texts, effectively your daily diary, now belong to Liz Cheney. And the question all of us, no matter who we voted for, have to ask ourselves is: Do we really want to live in a country like that? Well, probably we don’t.

Privacy isn’t just a nice thing to have, it’s not an ancillary concern, privacy is morally essential. Privacy is a prerequisite for freedom. You can’t have liberty without privacy. And that, needless to say, is the whole point of the spectacle. To let you know that we don’t have freedom anymore, and Liz Cheney is really in charge.

But what’s extra amazing about what Liz Cheney just did, and this is the reason you know this is a show trial, purely political and totally disconnected from reality, much less law, is that the text message that she read yesterday were exculpatory. They didn’t make her case. They undercut her case. 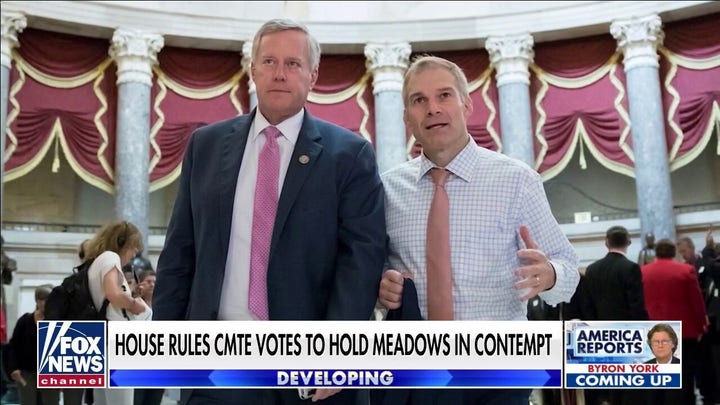 Three Fox anchors sent messages to Mark Meadows, and none of them cheered what was happening at the Capitol on Jan. 6. In fact, they were upset by it, even in private, when they assume no one was listening. And that shouldn’t surprise you. These are principled people, what they say in public is not that far from what they say over text message.

If you get a text from Brian Kilmeade, it sounds pretty much identical to Brian Kilmeade on Fox & Friends. These are not phonies. We can personally confirm that. Whether you like them or not, they’re real.

So Fox anchors on TV and in private opposed the BLM riots in the summer of 2020. Fox anchors opposed the riot on Capitol Hill in January 2021. It turns out that Fox anchors opposed riots. All riots. No matter who’s rioting. And we’re the only news anchors in the United States of America who do this. The other channels wait to see who the rioters voted for, and then they respond accordingly, as you may have noticed.

So the texts that Liz Cheney read aloud yesterday were a tribute to the people who wrote them, but because she is a liar, Liz Cheney attempted to twist these texts into proof of some kind of conspiracy. Part of the insurrection storyline, which, by the way, is getting very old. If Jan. 6 was an insurrection, we’ll believe anything, where’s the evidence of that?

Has Liz Cheney shown that a single prominent Republican in the United States of America plotted to overthrow the government of the United States? Well, no, she hasn’t. Not one. As with the prosecution of Kyle Rittenhouse, Liz Cheney is proving the defendant’s case inadvertently, and of course, she’s lying. They all are. The entire Jan. 6 committee is lying, and they’re not even lying very artfully repeatedly in just the last few days, nearly a year after it happened. The record is settled. We know the facts, Democrats have continued to claim, contrary to the facts, that many people were killed at the Capitol on January 6th.

But if he hasn’t, how come? Did reps have any contact with federal law enforcement agencies before the Capitol was stormed on Jan. 6th? Liz Cheney has called us “unpatriotic” for asking that question. But it’s not an unpatriotic question. It’s a legitimate, very straightforward question. And American citizens have a right to know the answer, but Liz Cheney won’t answer it. Why?

We asked her to come on our show and explain. She refused, of course, because she’s a coward. Most neocons are. But until Liz Cheney answers that basic question, there is no reason to play along with her charade. There is certainly no reason that any American citizen should even consider surrendering personal text messages to her or the Jan. 6th committee. If they’re going to lie to us and hide essential information from the public, there’s no reason to participate, no matter what they say.

This article is adapted from Tucker Carlson’s opening commentary on the December 14, 2021 edition of “Tucker Carlson Tonight.”