CPAC chair on what to expect from Trump’s speech

ORLANDO, Florida – Former President Donald Trump will use his much-anticipated speech at the Conservative Political Action Conference (CPAC) on Sunday to offer a stinging rebuke of the first month of the Biden presidency — while laying out what the GOP needs to do to take Congress in the 2022 midterms, sources with knowledge of the speech told Fox News.

Trump’s speech — his first major address since leaving office — is hotly anticipated by conservatives who have flocked to the annual conference to meet and discuss how the conservative movement will respond to the Biden era.

“He knows it’s a very important reset for him and for the country and for half the country and so many people who are here in this ballroom,” CPAC Chairman Matt Schlapp said on “Fox & Friends” Thursday.

Sources told Fox News on Friday that Trump will go deep into issues like illegal immigration — where Biden has taken a number of dramatic steps to roll back Trump-era policies such as wall constructions and policies that prevent migrants from being released into the interior.

Trump is also expected to accuse Biden of pushing identity politics over American identity and speak of issues facing the American workforce — such as the closing of the Keystone XL pipeline — and the need to reopen schools. He will also return to what he sees as a need to break up Big Tech — an idea he pushed during his presidency, sources said.

CPAC READIES FOR FLORIDA GATHERING AMID COVID-19, AS CONSERVATIVES READY FOR TRUMP BONANZA

Trump is, for many, the de facto leader of the conservative movement despite leaving office last month. Both his supporters and some of his opponents believe he would be a shoo-in for the 2024 GOP presidential nomination if he runs.

As Fox News previously reported, Trump is expected to go between “warming up to the idea of a 2024 run, and walking right up to the line of announcing another campaign” — though he is not expected to make an actual announcement.

However, he is expected to talk about the 2022 midterms and what the Republican Party needs to do to take back control of the House and the Senate. Republicans lost the Senate in January but trimmed the Democratic majority in the House.

He will talk about policies that he believes have been successful for the party, while describing a divide in the party between the grassroots and a handful of Beltway insiders. Trump is expected to name names, sources said. 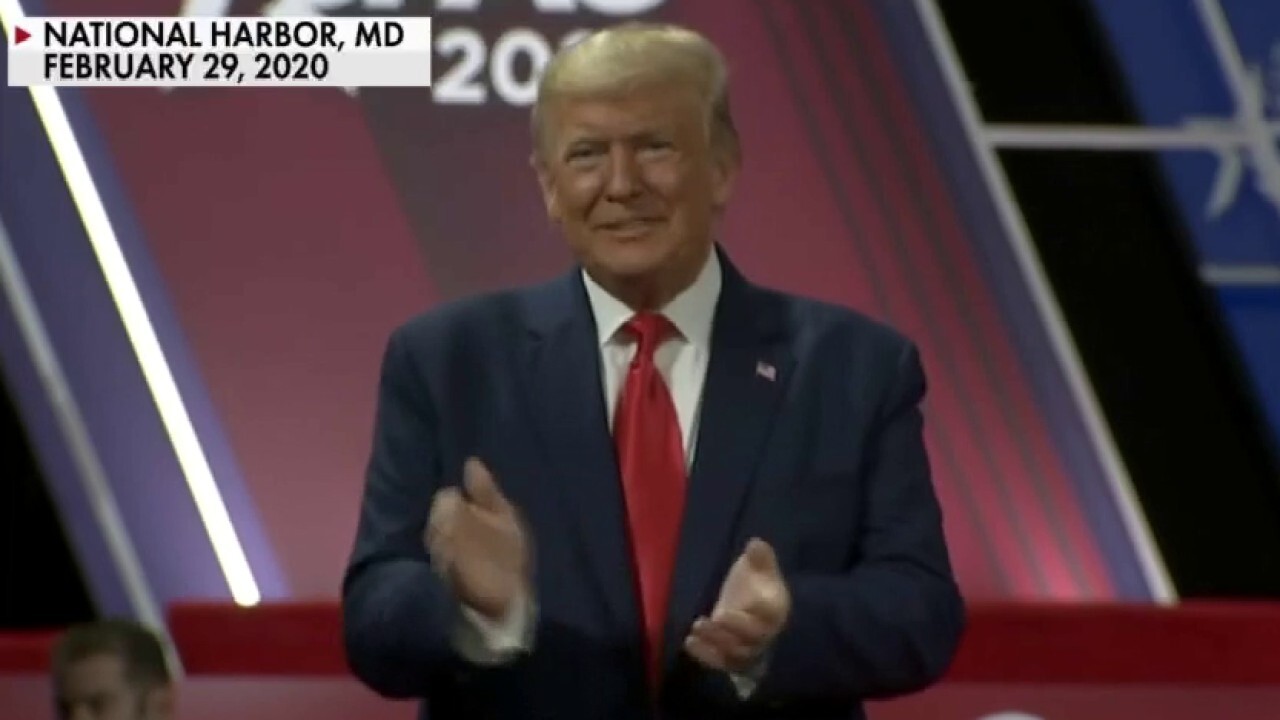 On a potential path to a Republican victory, Trump will also describe changes needed to be made to the election system to keep elections fair. Trump has repeatedly claimed he was cheated out of victory in November.

Trump’s name was everywhere at the 2021 conference — of which Fox Nation is a sponsor — on Friday, two days before he was set to speak. Tables full of Trump merchandise were on display and attendees were wearing T-shirts, hats and masks featuring Trump slogans — including “Trump 2024.”

Trump’s speech will be preceded by the CPAC straw poll, where attendees will be asked which top Republican they want to see at the top of the ticket in 2024.

Until then, attendees will see speeches by an array of conservatives, many of them Trump allies. Those who have opposed Trump, including Rep. Liz Cheney, R-Wyo., and Sen. Mitt Romney, R-Utah, will not be in attendance.