President Trump has named Rep. Mark Meadows his chief of staff, replacing Mick Mulvaney, who had been acting in the role. The president announced the switch in a tweet Friday evening.

Mulvaney, a former South Carolina congressman joined the Trump administration as Director of the Office of Management and Budget in 2017. He became Trump's third chief of staff – though he was called "acting" chief of staff — in December of 2018 replacing Gen. John Kelly, who replaced Trump's first chief of staff – Reince Priebus – in 2017

The move comes as the Trump administration has faced some criticism for its handling of the novel coronavirus outbreak. Mulvaney had been leading the interagency response to the virus until Trump designated Vice President Mike Pence to lead the whole-of-government effort more than a week ago.

Mulvaney will become the administration's special envoy to Ireland.

Meadows, who has been a close ally of the president, is in his fourth term in Congress serving North Carolina's 11th district since January of 2013. He is the co-founder of the House Freedom Caucus, a group consisting of roughly 40 Republican conservative members of Congress who rode the wave or were part of the Tea Party movement. Meadows has helped rally conservative House members on Trump's agenda, including on health care and tax reform. 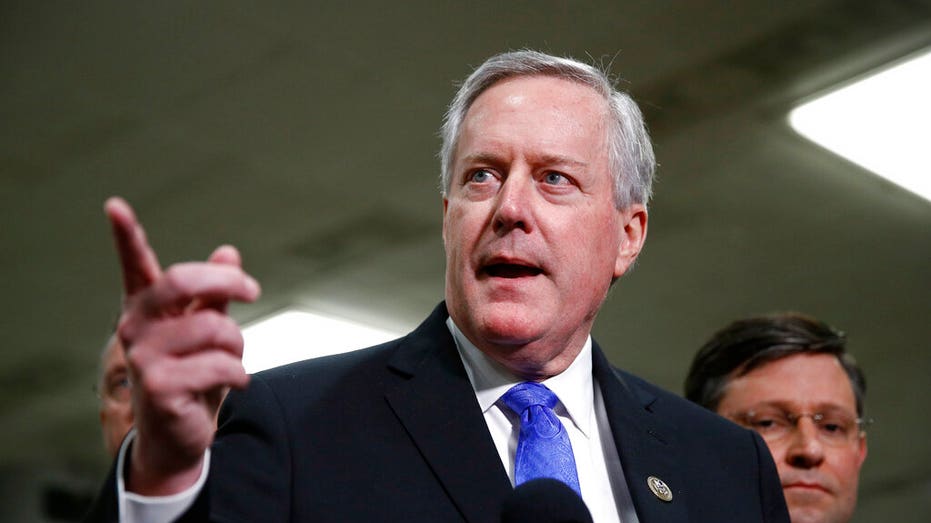 FILE – In this Jan. 29, 2020, file photo, Rep. Mark Meadows, R-N.C., speaks with reporters during the impeachment trial of President Donald Trump on charges of abuse of power and obstruction of Congress on Capitol Hill in Washington. President Donald

The 60-year-old former real estate developer announced late last year that he would not seek re-election to Congress and had been rumored as a possible chief of staff replacement.

In a statement released after Trump's tweets, Meadows said, "It's an honor to be selected by President Trump to serve alongside him and his team. This President and his administration have a long list of incredible victories they've delivered to the country during this first term, with the best yet to come—and I look forward to helping build on that success and staying in the fight for the forgotten men and women of America."