Home » World News » Trump says for first time that Biden 'won,' adds that he is not conceding

Trump says for first time that Biden 'won,' adds that he is not conceding 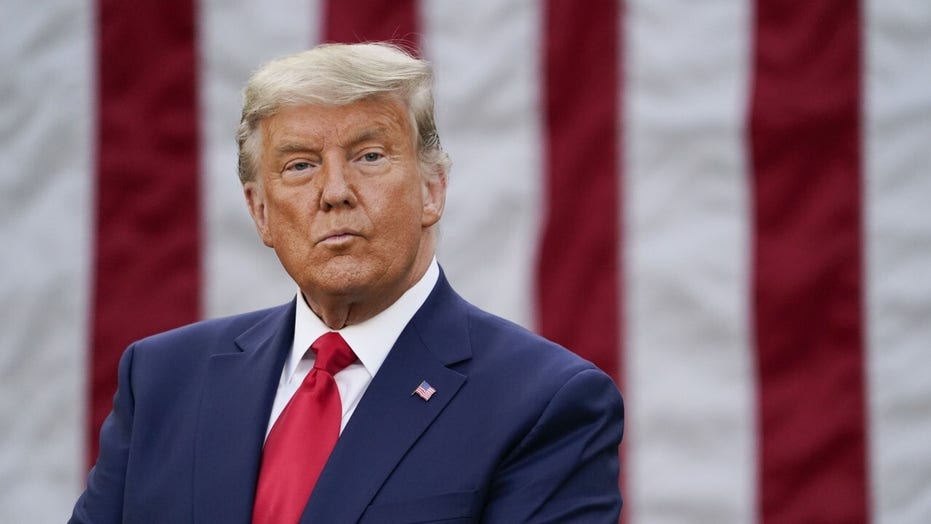 Eric Shawn: “The president will concede” …but when?

Mike Allen of Axios says it is just a matter of time as the Biden team is moving forward in the transition.

President Trump for the first time on Sunday signaled that Joe Biden "won" the 2020 presidential election that he continues to say was "rigged" against him, adding that he is not conceding the race.

"He won because the Election was Rigged," Trump tweeted in response to a monologue on Fox News' "Watters' World."

The tweet comes eight days after the Fox News Decision Desk named Biden as the projected winner. Trump has not yet conceded, and his campaign has deployed lawyers to key battleground states to contest the ballot-counting processes there.

Some on Twitter wondered if they had just read a concession statement from Trump.

"Did a just wake up to Trump's version of a concession?" journalist Yashar Ali tweeted.

Twitter quickly flagged the tweet with a label that reads, "This claim about election fraud is disputed."

Trump later clarified the tweet by saying Biden "only won in the eyes of the FAKE NEWS MEDIA."

"I concede NOTHING!" Trump said. "We have a long way to go."

Last week, Biden on Tuesday called Trump’s refusal to concede the election “an embarrassment,” which will hurt “the president’s legacy.”

On Friday, a federal appeals court rejected an effort to block about 9,300 mail-in ballots that arrived after Election Day in Pennsylvania. The judges noted the “vast disruption” and “unprecedented challenges” facing the nation during the COVID-19 pandemic as they upheld the three-day extension.

In Michigan, a judge Friday refused to stop the certification of Detroit-area election results, rejecting claims the city had committed fraud and tainted the count with its handling of absentee ballots. It’s the third time a judge has declined to intervene in a statewide count that shows Biden up by more than 140,000 votes.

And in Arizona, a judge dismissed a Trump campaign lawsuit seeking the inspection of ballots in metro Phoenix after the campaign’s lawyers acknowledged the small number of ballots at issue wouldn’t change the outcome of how the state voted for president.

The Associated Press and Fox News' Paul Steinhauser contributed to this report.