Trump backs McGeachin over Little in Idaho for 2022: 'True supporter of MAGA'

Idaho Gov. Brad Little recently traveled all the way to Florida to visit former President Donald Trump – but that apparently wasn’t enough to secure an endorsement from Trump for next year’s election.

Trump this week selected Republican Lt. Gov. Janice McGeachin – who is frequently at odds with Little – as his pick for the state’s top job in 2022.

“Lt. Gov. Janice McGeachin has been a true supporter of MAGA since the very beginning,” Trump wrote in a release Tuesday. “She is brave and not afraid to stand up for the issues that matter most to the people of Idaho, a beautiful state that I won by 30.8%.”

McGeachin has his “complete and total endorsement,” Trump wrote.

“President Trump is a true fighter for America and I am a true fighter for Idaho. Much more to come from the two of us to bring America First back to Idaho. Stay tuned! #idpol #MAGA,” she tweeted, calling Trump the “greatest President of our lifetime.” 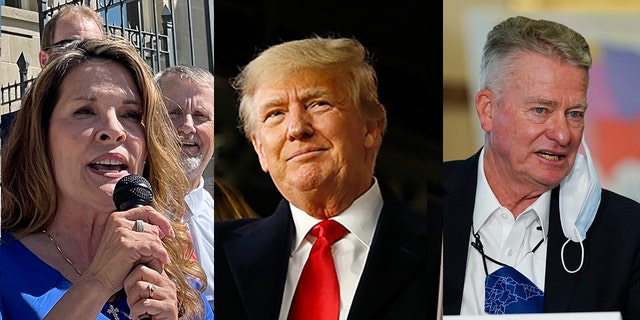 Little, 67, had reportedly left Idaho for the event without telling McGeachin.

Previous out-of-state trips by Little have been a source of friction between the governor and his lieutenant.

McGeachin, 58, has used the occasions to issue several executive orders without Little’s knowledge or consent while acting as governor in Little’s absence. Upon his return, he has immediately revoked the orders.

Last week, Little wrote to McGeachin’s office, stating he would no longer ask her to step in as acting governor whenever he’s out of state.

In the past, he called her executive orders “an irresponsible, self-serving political stunt.”

McGeachin announced her candidacy for governor months ago and Little, a first-term governor, is expected to seek re-election. The governor and the lieutenant governor run on separate tickets in Idaho.