Judges appointed by former President Trump have stymied President Biden’s policies on multiple fronts in the early months of the new administration, taking what experts say is a less “deferential” approach to executive power as judges appointed by past presidents.

“What you’re seeing is that ‘pen and phone’ initiatives are running into legal trouble right off the bat,” Ilya Shapiro, the vice president and director of the libertarian Cato Institute’s Robert A. Levy Center for Constitutional Studies, told Fox News. “Trump appointed a lot of judges — more than anyone in one term than Jimmy Carter, for whom Congress created 152 new judgeships to fill — and these folks aren’t as deferential to executive power as past Republican-appointed judges might have been.”

It’s very early in the new administration with many court cases against other Biden policies yet to be decided – and the decisions against the president could still be overturned by higher courts. But Trump-appointed judges have ruled against the president on immigration, COVID relief, the environment and more. 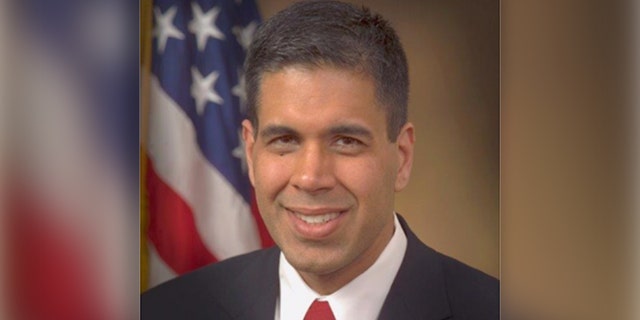 Sixth Circuit Judge Amul Thapar was a member of former President Trump’s Supreme Court shortlist. He struck down a provision of the coronavirus stimulus law that prioritized aid for restaurants based on the race and sex of the owners. (Handout)

Most recently, Trump-appointed Judge Terry Doughty of the Western District of Louisiana implemented a nationwide injunction on the Biden administration’s “pause” on new oil and gas leases, saying that the president does not have the authority to overrule laws requiring the administration to sell those leases.

“Although there is certainly nothing wrong with performing a comprehensive review, there is a problem in ignoring acts of Congress while the review is being completed,” Doughty wrote in his opinion.

In another instance, former Trump Supreme Court shortlister Amul Thapar slapped an injunction on an element of the coronavirus stimulus law that used race and sex to prioritize which restaurant owners could get government aid.

“This case is about whether the government can allocate limited coronavirus relief funds based on the race and sex of the applicants. We hold that it cannot,” Thapar wrote.

One of the earliest cases of a Trump-appointed judge’s ruling against the administration, however, came when District Judge Drew Tipton issued an indefinite injunction on the deportation moratorium the president ordered shortly after assuming office. 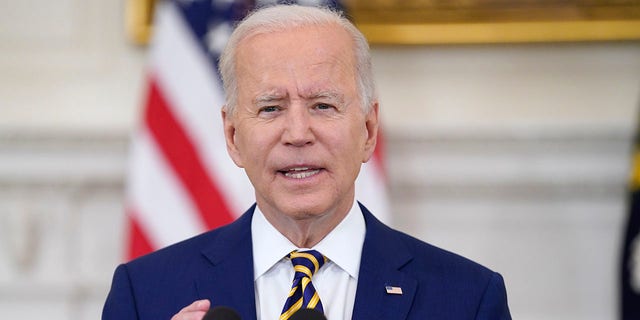 President Biden speaks about reaching 300 million COVID-19 vaccination shots, in the State Dining Room of the White House, Friday, June 18, 2021, in Washington. Biden’s ambitious agenda has been blocked in some instances by judges who were appointed by former President Trump. (AP Photo/Evan Vucci)

Tipton had previously issued a two-week restraining order on the policy after Texas Attorney General Ken Paxton had argued that it violated federal law and an agreement with the Department of Homeland Security (DHS) that Texas be consulted before such a move.

Separately, Trump-appointed D.C. District Judge Dabney Fredrich ruled last month that the Centers for Disease Control and Prevention’s (CDC) moratorium on evictions was unlawful and vacated it, although she did stay her own ruling to give the government time to appeal.

“[T]he Public Health Service Act authorizes the Department to combat the spread of disease through a range of measures, but these measures plainly do not encompass the nationwide eviction moratorium set forth in the CDC Order,” Fredrich wrote. She said the way the Department of Health and Human Services (HHS) is interpreting its authority, there would essentially be “no limit to the reach of [the HHS Secretary’s] authority.”

The case quickly escalated to the Supreme Court after the D.C. Circuit Court declined a request from the realtors who brought the case to lift the stay. Chief Justice John Roberts requested a response from the government, which came earlier this month. He could soon rule on whether to lift the stay.

“President Trump’s judges have shown an unwavering commitment to the rule of law and the Constitution so it’s not surprising to see opinions reigning in executive overreach from the Biden administration,” Carrie Severino, the president of the right-leaning Judicial Crisis Network, told Fox News. 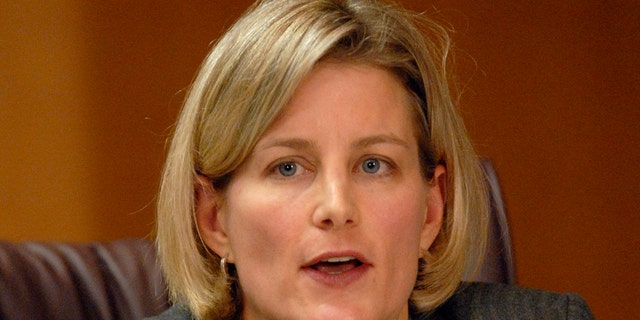 Commissioner Dabney Friedrich speaks during the U.S. Sentencing Commission meeting where commission members voted unanimously to allow some 19,500 federal prison inmates, most of them Black, to seek reductions in their crack cocaine sentences in Washington, Tuesday, Dec. 11, 2007. A decade later, Fredrich was appointed to be a judge on the D.C. District Court by former President Trump. (AP Photo/Stephen J. Boitano)
(AP)

The White House declined to comment for this story.

Those are not the only Biden policies that have been stopped in the court – non-Trump-appointed judges have also handed the administration legal losses. Among them is Judge William Griesbach, a George W. Bush appointee, who halted the coronavirus relief bill’s loan forgiveness targeted specifically at minority farmers earlier this month.

“Indeed, Congress can implement race-neutral programs to help farmers and ranchers in need of financial assistance,” he continued. “But it cannot discriminate on the basis of race.”