Home » World News » Theranos founder Elizabeth Holmes is on trial. Here's what you need to know

Theranos founder Elizabeth Holmes is on trial. Here's what you need to know

San Jose, California (CNN Business)The high-profile trial of Theranos founder Elizabeth Holmes was delayed multiple times before kicking off last month. Now there are questions about whether there will be enough jurors to get through the second half of the trial.

When the trial started on September 8, 12 jurors and five alternates took in opening arguments and braced themselves for a trial that is expected to go until at least December. But the group entrusted with deciding the fate of Holmes — who faces a dozen federal fraud charges over allegations that she knowingly misled investors, doctors, and patients in order to take their money — has since shrunk.
Three jurors have been dismissed so far. One juror was excused on the second day of the trial for financial hardship after being unable to swap her work schedule. Another was excused during week five after disclosing she was experiencing anxiety stemming from her religious beliefs as a Buddhist and any possible prison sentencing that may result from her decision as a juror. 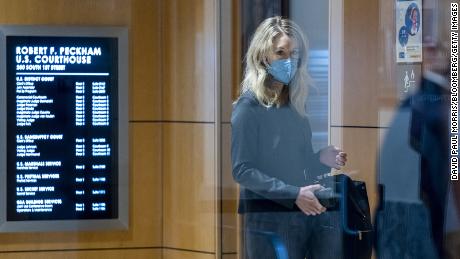 On Friday, a juror was excused after being reported by another juror for playing the puzzle game Sudoku while court was in session, according to a court transcript first cited by the Wall Street Journal. The juror, when questioned in a side room where reporters were not present, told Judge Edward Davila she is “very fidgety” and that it did not interfere with her attention to the trial. Holmes’ attorney initiated the request to dismiss the juror, which the prosecution then agreed to.

It is enough to give some former prosecutors and legal experts pause.

“The loss of three out of five alternates, at this point in the government’s case, puts the prospect of the trial going to a verdict at significant risk,” Mark MacDougall, a white-collar defense lawyer and former federal prosecutor, told CNN Business.
Another former federal prosecutor, Jessica Roth, expressed a similar sentiment: “If I were a member of the prosecution team, I would be nervous at this point.”
Roth, a professor at Cardozo Law School, cited the risk of a mistrial should there be fewer than 12 jurors — or if either side doesn’t consent to proceeding with fewer than 12 jurors. “You’d have to start all over again,” she said.

This situation could introduce added complexities to what has already been a complex trial. In addition to the high level of interest in Holmes, there are a number of prominent individuals and companies ensnared in the case. The ongoing pandemic, and then Holmes’ pregnancy, also delayed the start of the trial several times.
As is often the case when trying a well-known figure, securing an unbiased jury was a tall order the first time around. More than 80 potential jurors were questioned over the course of two days as part of the jury selection process in an effort to find people who’d largely not heard of Holmes. The former CEO once graced the cover of magazines and had been hailed as the next Steve Jobs. Since her indictment in 2018, she and Theranos have been the subject of a best-selling book, documentaries, and podcasts. 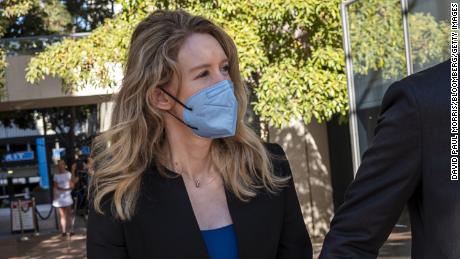 Roth said she was surprised by the first two juror dismissals, as people with issues of financial hardship and religious beliefs that may conflict with their ability to serve are typically weeded out when potential jurors are first questioned in the courtroom by the judge and attorneys about their ability to serve. That process came after potential jurors first completed a nearly 28-page-long questionnaire.
“Now, having there been this much of a trial, it’s even harder,” said Roth, of the idea of trying to find another pool of untainted jurors should there be a new trial. “You [also] have the difficulty of bringing back all of your witnesses again.”
According to MacDougall, a mistrial can be a motivating factor for the government and defense to try to negotiate a plea deal to resolve the case. Holmes, who has pleaded not guilty, faces up to 20 years in prison.
“No lawyer ever wants to try the same case twice,” said MacDougall, who also pointed out that the longer the trial, the more everyday human issues can creep in. “Jurors get sick, have family emergencies, become irritated with each other or do things that the court has told them not to do,” he said.
Some of these issues have already come up. The second day of trial was delayed after a juror reported possible exposure to Covid-19. The trial will also not be in session this Friday, as it usually is, to accommodate a juror attending a memorial service of a family member who suddenly passed away.

Even if the case doesn’t lose more jurors, some experts say the Sudoku incident could be cause for concern. George Demos, a former Securities and Exchange Commission prosecutor and adjunct law professor at the UC Davis School of Law, told CNN Business that a juror playing games during the trial could be a “significant red flag that the government may be losing its audience.”
In an effort to speed things up, Judge Davila has begun lengthening the time jurors spend in the courtroom on trial days by an hour or more. On Tuesday, he tacked on an additional court day for several weeks in November. Asked whether there were any objections, one of the remaining alternate jurors said he’d try to accommodate it if he was the only one experiencing difficulties, but noted it is “getting hard on my work schedule.”
Source: Read Full Article