Vermont Sen. Bernie Sanders bet his candidacy on a mass turnout of young voters. A majority of older and middle-age voters favor former Vice President Joe Biden. This essentially turned the Democratic primary ― which has winnowed to these two men ― into a generational face-off.

At first blush, Sanders’ hopes for a mass youth turnout appear not to have materialized. Instead, the older, suburban voters who favor Biden turned out in record numbers in the states that have voted since his 30-point victory in South Carolina. Exit polls currently show the youth share of the electorate declining across most states.

“Have we been as successful as I would hope in bringing in young people in? And the answer is ‘no,’” Sanders told reporters following Super Tuesday. “We’re making some progress, but historically everybody knows that young people do not vote in the kind of numbers that older people vote.”

A closer look, however, reveals the youth vote may not have declined at all. Instead, what the declining youth vote share may really be showing is the massive surge in turnout among older voters.

The Older Voters Are Showing Up 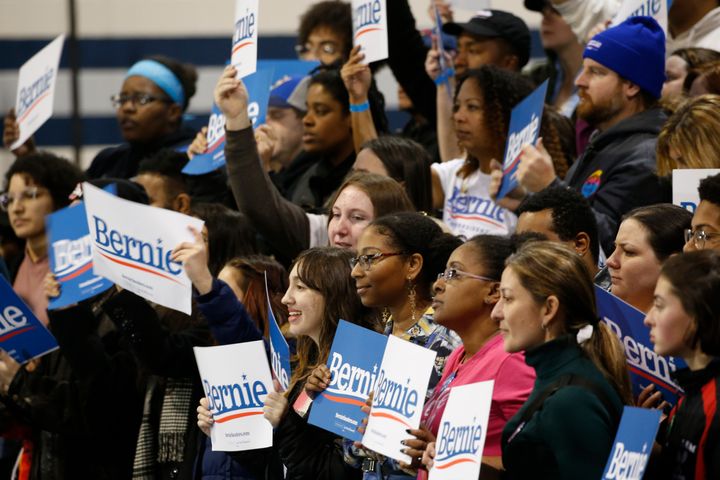 It seems evident from exit polling that middle-age and older voters are driving Biden’s big wins. And a large increase in older voting demographics will cause the youth vote share to shrink if youth voting holds steady, or increases by a smaller amount than the increase in voting among older populations.

Raw vote totals in youth-dense college precincts in Michigan, North Carolina and Virginia shared with HuffPost by NextGen America, a super PAC working to turn out the youth vote, show an increase in turnout. Still, the youth vote is not increasing at the rate the older, suburban vote is surging.

“We know in 2018 there was a kind of revolt of the educated suburbanite against the Republicans,” said Barry Burden, founding director of the Elections Research Center at the University of Wisconsin, Madison. “It may be we’re seeing residue of that in the 2020 primaries. It is these educated suburbanites who are still agitated by Trump and are showing it in the primaries and younger people are not animated in the same way.”

Compared to 2004 or 2012, the youth vote is “absolutely not” in decline, according to Abby Kiesa, the director of impact at Tufts University’s Center for Information and Research on Civic Learning & Engagement (CIRCLE). But that also means youth turnout is not meeting 2008 levels, when big turnout among millennials who are now over 30 helped Barack Obama win the presidential nomination.

“The anecdotes are pointing in the same direction, which is that the youth vote has not been particularly strong this year,” Burden said.

On Super Tuesday, the share of voters under age 30 ranged from about 10% to 19%, depending on the state, according to CIRCLE. Those numbers were down from 2016 in most states.

But comparing youth turnout to past years is complicated. Current estimates of youth turnout are based on a set of exit polls conducted by a consortium of media outlets. While these have notable advantages over pre-election surveys ― they’re conducted at mass scale, and can be weighted to the final election results ― they’re still polls with margins of error, not precise sets of data. And, as an additional wrinkle, changes implemented to the exit polls in the wake of the 2016 election, including a tweak to the way voters’ educational attainment is measured and weighted, mean that this year’s findings on the generational and educational composition of the electorate aren’t directly comparable to past years’.

There’s also a major structural difference between 2020 and 2016: This year, only one party is holding a contested primary election. That could mean more crossover voting for independents and moderate Republicans voting in open Democratic primaries. This also makes direct comparisons to 2016 difficult.

What Does That Mean For The General Election? 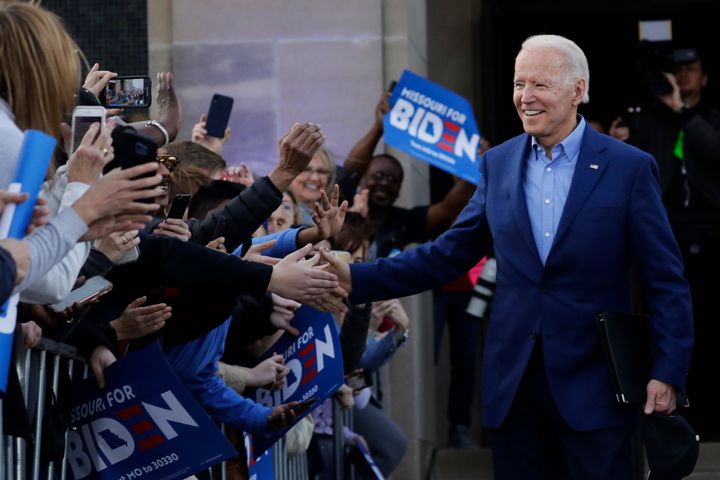 Turnout among voters age 18-29 is always the lowest of any age demographic in U.S. elections. The youth vote is consistently lower in primary elections than in general elections and lower in midterm elections than in presidential elections. So it can be difficult to come to a conclusion about November based on what’s happening now in the primaries.

“It’s hard to draw a straight line between mediocre turnout in a primary and in the general election,” Burden said. “I predict youth voter turnout will be pretty strong in a general election.”

Youth voter turnout was up dramatically in the 2018 general election, jumping from 20% in 2014 to 39%, according to the Census Bureau. This was the largest increase in turnout among all age demographic groups.

Biden, if he becomes the Democratic nominee, may be unlikely to lure a record number of young, infrequent voters to the polls on the strength of his own candidacy. His favorability ratings are lower among 18-to-29-year-olds than among any other age group. But what the primary election doesn’t tell us is how eager young voters might be to turn out mostly in service of defeating Donald Trump, rather than in support of a specific candidate. The youngest Americans, the same polling finds, are also the most likely to disapprove of the president’s job performance.

“It’s a hard thing to do as a young person to cast a ballot in this country,” Ben Wessel, executive director of NextGen America, said. “We need to make it as easy as possible.”

But obstacles still remain to youth voting in the general election. Voting is new and complicated for the youngest voters who may be casting their first ballot in 2020. Among other things, younger voters are more likely to be juggling multiple jobs that make finding time to vote difficult, or to have moved and be needing to re-register. Young Americans are also less likely than older ones to feel well-informed about politics, and more likely to believe that this should disqualify them from voting.