Home » World News » 'The richest man in the world against workers': Amazon is trying to defeat what experts call the most important union vote in decades

'The richest man in the world against workers': Amazon is trying to defeat what experts call the most important union vote in decades

In less than a week, 6,000 Amazon workers at a warehouse in Bessemer, Alabama will vote on a union that could forever change the company — and have a massive impact on workers across the US.

“It may be the most important union vote in decades,” Lynne Vincent, an assistant professor of management at Syracuse University’s Whitman School, told Insider. “It represents the conversation in our nation regarding economic and racial disparities that are embedded in our systems and structure and how power is distributed.”

“This is the richest man in the world against workers,” Wilma Liebman, who served on the National Labor Relations Board under Presidents Obama, Bush, and Clinton, said.

According to experts who spoke with Insider, workers in Bessemer could provide a roadmap for employees at Amazon and other companies across the country on how to effectively unionize. After decades of declining labor union membership, Amazon’s high-profile unionization efforts could play a part in reversing the trend.

“If they are able to win a union for themselves in such a broken system, then I think that is so encouraging to other Amazon warehouse workers, but also workers across other industries and at other retailers,” said Celine McNicholas, the director of government affairs at the Economic Policy Institute.

“If we cannot have a system whereby working people are able to trigger some gains for themselves, when they’re working in such shameful conditions, then — we’ve never needed reform more,” McNicholas added. 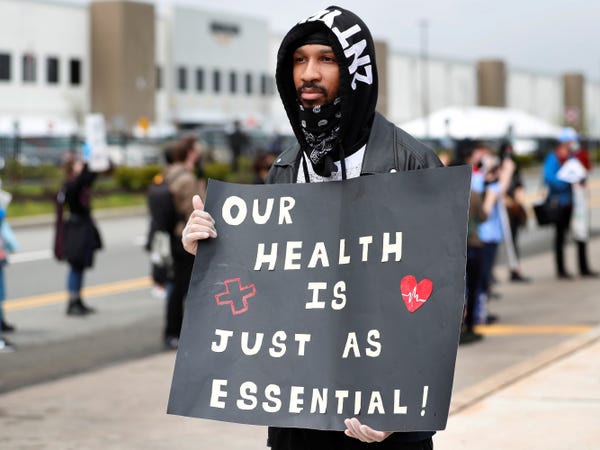 Workers in Bessemer are in the process of voting to form a union, with the vote scheduled to finish on March 29.

Over the past weeks, Amazon has worked to dissuade employees from supporting the union. Anti-union strategies range from distributing “Vote No” pins to a texting workers saying “the union can’t promise you anything.”

Insider’s Isobel Asher Hamilton and Annabelle Williams report that, in late January, Amazon hired an outside firm to run meetings to discuss unionizing, spreading what some workers felt was a “misleading” anti-union narrative. A mysterious mailbox appeared outside the warehouse in late February, representing a stark shift from Amazon’s previous opposition to workers voting by mail.

“I think that a lot of people, unfortunately, are scared of them, and they’re scared that they could lose their job,” Catherine Highsmith, who works at the warehouse, told Insider.

While experts says that Amazon’s actions are “aggressive,” they also say they follow a familiar anti-union playbook. (Amazon did not respond to Insider’s request for comment on its anti-union strategy.)

Nearly all union drives face fierce opposition from employers. In fact, US employers are charged with violating federal law in a whopping 41.5% of union election campaigns, according to EPI. These aggressive tactics have contributed to the decline of labor union membership in the US, according to McNicholas, which has dropped by 50% since 1983.

Many employers fear that unions will cut into profits and impact companies’ autonomy. Because the consequences for violating federal labor law are minor, McNicholas said, companies often believe it to be their best interest to do whatever it takes to prevent workers from unionizing.

Take, for example, Walmart. McNicholas notes that a decade ago, Walmart was the poster child for union opposition. The company’s anti-union efforts helped bring about mainstream awareness that companies were engaging in more sophisticated campaigns against unionization, helping create a “niche industry” of union avoidance.

“Amazon is just kind of following the course that was charted by Walmart,” McNicholas said.

An Amazon warehouse unionizing could have a massive impact 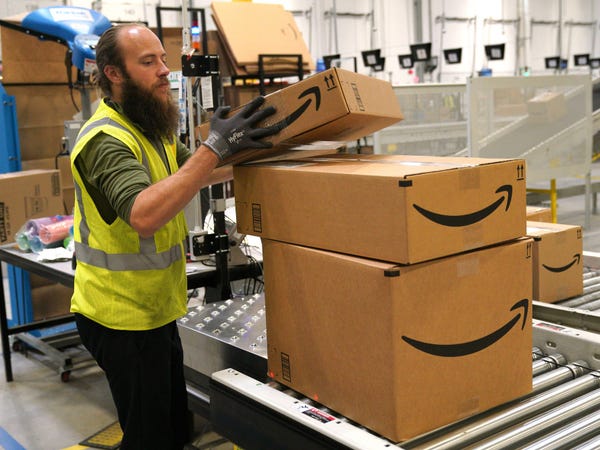 While the Bessemer warehouse accounts for a minuscule percentage of Amazon’s 560,000 employees worldwide, the union vote could have a major impact.

A vote in favor of the union would still only be the first step in Amazon workers’ union being recognize. But, experts said, it could help show other workers that unionizing is possible at Amazon and beyond. More than 1,000 workers have already reached out to the Retail, Wholesale and Department Store Union in recent weeks, exploring unionizing their own workplace, according to the Washington Post.

“The conversation regarding economic and racial disparities is growing,” Vincent said.” This is not just about Amazon, and the effects extend beyond Amazon.”

Amazon workers’ unionizing efforts have been heavily covered by the media, and drawn support from high-profile figures including President Biden and Senator Bernie Sanders.

“Given this momentum and high-power public support, labor union membership could increase even if the Bessemer distribution center does not unionize,” Vincent said.

Outside of Bessemer, some Amazon employees are optimistic about what a union could mean for workers.

“They should be allowed to unionize. It’s better for everyone,” Art Velasquez, a former Amazon delivery driver, told Insider this week.

Unionizing, Velasquez said, is “a win-win for the company and employees.”