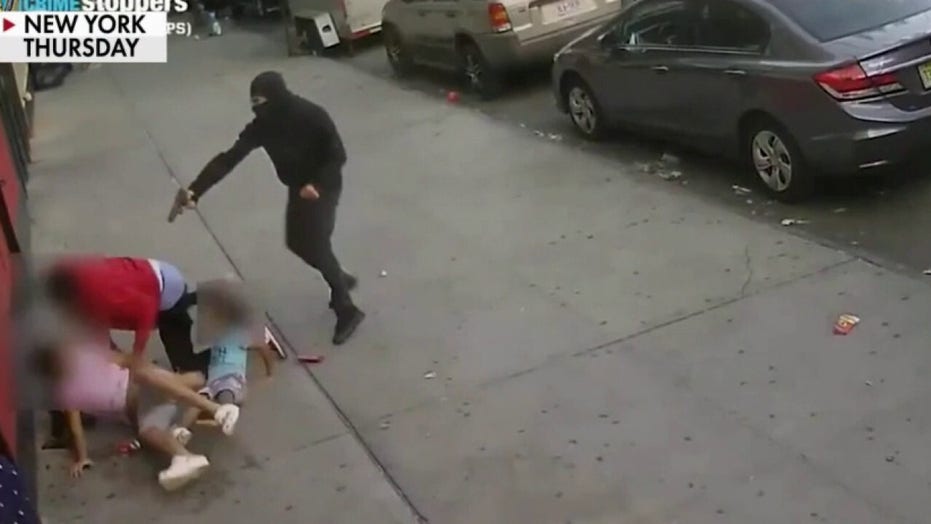 Co-hosts of “The Five” discussed how upcoming municipal elections in places like New York will determine whether urban unrest will continue as crime skyrockets in Democrat-led cities around the United States.

“The Five” referenced an incident involving a shooting where the victim collided with several young children while fleeing his assailant down a Bronx street.

The Bronx incident, which occurred near the Grand Concourse and Interstate 95, was captured on surveillance video that was released by the NYPD. It shows a black-clad suspect chasing another man who trips into a pair of children on the sidewalk. The assailant stops and shoots indiscriminately at close range as the man and the kids try to separate themselves after the collision.

“The consequences of defunding the police are leading to anarchy in America,” co-host Jesse Watters said.

“The NYPD just put out a video of a man getting gunned down in broad daylight after running into two young children on the sidewalk. Thankfully the children are unharmed and the victim is expected to survive.”

Watters then turned to a recent Fox News clip of Democratic Chicago Ald. Raymond Lopez, who criticized his mayor, Lori Lightfoot, over that city’s continuing crime wave – and her apparent change of heart on accepting federal assistance now that President Trump is no longer in government.

“The problem is, the Democratic Party on so many levels seems to be enamored with the mentality of being enablers to criminality, and you don’t have to say identity politics, sometimes voters just want the truth,” Lopez said earlier this week.

Host Dagen McDowell focused in on New York, which is holding its mayoral election this November to replace term-limited Democrat Bill de Blasio.

“That is the land of left-wing lunacy. It starts with the governor, and look here in New York, this is Cuomo down to the mayor, the city council, the district attorneys who have demonized … the police because it makes them step back and people retire,” she said.

With Democrats holding 48 of 51 city council seats – and only one of the three Republicans hailing from outside the city’s only red borough of Staten Island – McDowell pointed to the Democratic primary’s candidates who starkly vary on policy.

“I think that one of the tests will be the Democratic primary for mayor here in New York City because there is one guy in the lead, Adams, a former cop,” she said. “If he wins this primary he will be the next mayor because the other two are a disaster.”

She noted Garcia wanted to financially punish NYPD officers who refused to wear masks during the pandemic, while Wiley has vocally supported slashing the NYPD budget by $1 billion because of, in the host’s words, “the trauma from dealing with cops is a bigger problem than crime.”

On the Republican side, businessman and taxicab driver advocate Fernando Mateo is facing Guardian Angels founder Curtis Sliwa in that party’s primary.

Sliwa has also touted a “law-and-order” message; previously telling the New York Post he is the “only candidate with the onions to take back” the city from the growing criminal element.