The Coronavirus Economy Is Coming For Your Family Doctor

The economic devastation the coronavirus pandemic has wrought on workers of all types is causing serious damage to the very professionals needed to protect Americans’ health: primary care physicians.

It might seem counterintuitive that physicians would suffer financially during a health care crisis, but the COVID-19 downturn is affecting doctors’ offices much like other small and midsize businesses.

Doctors postponing elective care and patients canceling visits out of fear or because of lockdown orders has had an immediate impact. In the for-profit, fee-for-service U.S. health care system, fewer patients really means fewer customers and less money coming in.

An April survey of physician practices found that 97% reported a negative financial impact from the coronavirus outbreak, according to the Medical Group Management Association, an Englewood, Colorado-based trade group. The same survey revealed that, on average, doctors’ offices have experienced a 60% decline in the volume of patients they treat and a 55% decline in revenue.

The Medical Group Management Association estimates that 60% of physicians’ offices had furloughed staff and 36% had laid off workers as of early May. Last week, the federal Bureau of Labor Statistics reported that 1.4 million health care jobs disappeared in April, including 243,000 employees at doctors’ offices.

Jennifer Bacani McKenney runs a small practice in Fredonia, Kansas, about 90 miles east of Wichita, and she has had to scramble to keep her office open. She took over running the practice from her father, Oswaldo Bacani, 11 years ago, and today the daughter-father pair are two of just five medical doctors in Fredonia and nine in all of Wilson County, she said. McKenney also works in the local hospital’s emergency department and serves as a county health official.

The effect of the pandemic on her own practice was almost immediate. “Our numbers went down pretty quick,” McKenney said. When the cash crunch hit in early March after the first COVID-19 case in Kansas, McKenney didn’t pay herself for a month and spent many hours trying to navigate the systems that dispense federal relief funding to small businesses and health care entities.

The two medical doctors, one osteopathic doctor and one nurse practitioner in McKenney’s practice would each typically treat 20 or so patients a day, she said. In March, that dropped down to a dozen or fewer a day among all four of them, she said.

Like many doctors, McKenney quickly set up telemedicine services, both by phone and video chat. But health insurance companies usually pay less for those sessions than for in-person visits, although Medicare has temporarily increased its telemedicine fees. Plus, telehealth has its clinical limitations; much medical care must be done in person.

McKenney is grateful for the relief funds she’s received from the Department of Health and Human Services, and her office has been approved for a loan under the Paycheck Protection Program. But even that will only keep her practice going for a few months, she said.

“A lot of things that we have right now are really great Band-Aids for being able to continue on for the next few months,” McKenney said. “We are going to be dealing with this for quite a while.”

Around the country, physicians’ offices are facing major declines in revenue, leading to layoffs and other cutbacks. Like hospitals, they’re losing money as many elective procedures have been postponed.

“It’s like anything else ― a business, like a restaurant or a hotel or whatever. We’re all suffering from a fiscal standpoint,” said Gary LeRoy, a physician who practices at the East Dayton Health Center in Dayton, Ohio, and the president of the Leawood, Kansas-based American Academy of Family Physicians.

Unlike restaurants, however, people can’t safely just stop seeing doctors, he said. “We’re not making hot dogs and hamburgers here, OK? This is medicine. This is life and death.”

The American Academy of Family Physicians and a slew of other health care industry groups are lobbying Congress and health insurance companies for additional relief. Like many other small and medium-sized businesses have discovered, the bulk of the federal relief money is going to larger companies, LeRoy said.

“The people that are doing the nuts-and-bolts, mom-and-pop type of practices out there, they’re the ones that are screaming loudest that they can’t survive and they may not survive,” LeRoy said. “What are we going to do next week? Are we going to make payroll? Are we going to have to close our practice and go work for somebody else?”

An economic downturn hits doctors’ offices “in a way that most people wouldn’t understand or expect” because of the industry’s financial practices, said Halee Fischer-Wright, a medical doctor who is the CEO of the Medical Group Management Association.

Their billing cycle is typically weeks behind, so lost revenue from the drop in patient volume hasn’t fully caught up with physicians yet ― but it will. Doctors in private practice also tend to avoid keeping large cash reserves to protect themselves against malpractice claims, leaving them little fiscal wiggle room.

“This acute, unexpected drop in volume that translates within 30 days to no revenue is adversely impacting medical practices at a time of national health crisis,” Fischer-Wright said. 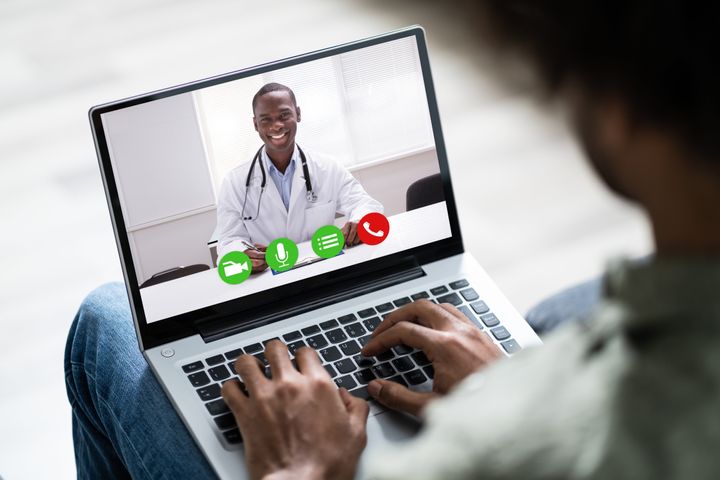 Physicians are also coping with a reality in which patients are either unable or unwilling to leave their homes and visit offices where other sick people will be.

Many doctors are worried that the health of their patients, especially those who have chronic conditions like diabetes that need monitoring, will worsen because of delayed care. A Primary Care Collaborative survey this month found that 60% of primary care doctors are concerned their patients will suffer an avoidable illness because they can’t or won’t see their family doctors.

Beyond the limitations created by state-ordered lockdowns and social distancing guidelines, the plummeting volume of visits is a demand-side problem. Just 39% of respondents reported they would feel comfortable visiting a primary care doctor for medical treatment not related to COVID-19, a Morning Consult poll last month found.

“People were afraid to come in,” said Kelly Ladd, CEO of Piedmont Internal Medicine in Atlanta. Ladd estimates that 75% of her practice’s patients who had appointments in April said they were fearful about coming to the office, although volume has increased this month.

Still, the loss of routine business like physicals and checkups has led to a more than 40% drop in patient visits, she said. And about 60% of visits are now telemedicine. “It’s been a huge, huge shift,” Ladd said.

Federal relief money and revenue from telemedicine have already enabled Ladd to begin rehiring workers she laid off. But she said, “I never thought in a million years that I would have to be dealing with some of the things that we have had to deal with.”

Looking At A Slow Recovery

Even when the present emergency subsides, doctors and medical practice administrators predict lasting damage and permanent change to how family physicians’ offices operate. In the shorter term, the massive rise in joblessness translates into an estimated 27 million people losing their employer-based health benefits, meaning those people are more likely to skip needed medical care because of cost.

Medical professionals don’t see their businesses ever returning to pre-COVID-19 levels and envision a future with fewer family doctors in private practice and a greater reliance on telemedicine services in lieu of in-person visits. “They won’t hit peak volume again,” said Fischer-Wright, who predicted physicians’ offices eventually will get back to about 70% to 80% of their pre-coronavirus business.

Doctors and administrators also foresee more doctors abandoning private practice, accelerating an ongoing trend. As of 2018, more physicians worked as employees for hospitals, investor-owned practices or other larger companies than owned or co-owned their own practices, according to the Chicago-based American Medical Association.

In addition to managing the crisis in real time, Christi Siedlecki is worried about what lies ahead for the Grants Pass Clinic in Grants Pass, Oregon, a small town about 50 miles north of the California border. “The risk is the owners not earning enough money to stay, if they can go somewhere else where they can earn more money,” said Siedlecki, a nurse by training who is CEO of the clinic.

In the meantime, her practice, like the others, will try to hang on.

“I can pay the bills and I can pay the staff who are here,” Siedlecki said. “One of the things that I’m worrying about is how long this will go on.”