Lili Gil Valletta, CEO and co-founder of CIEN+ marketing firm, told “Fox & Friends” Wednesday that Villalobos’ win is indicative of a “new trend that both parties must pay attention to.”

“We’re seeing the swing and the shifting demographics at play right here in McAllen, Texas,” Valletta said. “It is amazing to see what Hispanics are doing to flip seats.”

Although the Texas mayoral race was technically nonpartisan, Villalobos touted a campaign of conservative values and defeated opponent Veronica Whitacre in a runoff election Saturday. The victory comes as the Biden administration faces criticism from the right for its border policies.

“Look at this mayoral race; he was racing on the economy, supporting small businesses,” Valletta said. “We have been running data analytics and insights for the two last rounds of elections, and immigration never shows up in the top five. Jobs, the economy, education, health care – those are the top issues, which are American issues, that are driving the Hispanic vote.” 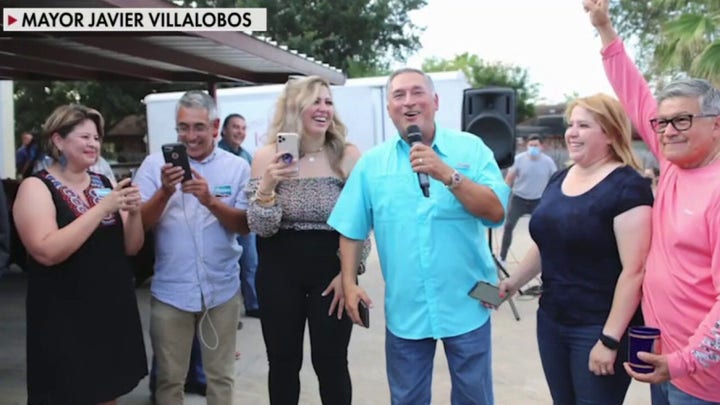 The trend dates back to the 2020 presidential election, according to Valletta, when then-President Trump saw big gains with Latino voters, most notably in Florida.

“We saw it in McAllen, Texas, and it’s also what helped President Trump win those border towns, which surprised the Democrats and also secured 48 percent of those Latino votes in Florida and other places,” Valletta said.

An analysis by Culturintel, a data science affiliate of Valletta’s CIEN+, showed positive sentiment of Hispanics towards the GOP has increased by eight percent from January to May 2021. Valleta sees the trend extending to future elections.

“A lot of these elections we are seeing now are a signal of what is to come in 2024,” Valletta said. “[Analysis] has shown an eight-point increase in a post-Trump era among Hispanics, which is indicative of something bigger that rises above the personality and the tensions of Trump and the media. And all of that is back to the policies that work and what our community is looking for and progress, business opportunity and living that American dream.”

“This is something that both parties need to earn and invest in beyond the pandering or falling into the stereotypical immigration topics, or assuming that you got this vote in the bag,” she concluded. “You’ve got to earn it. And the demographics are way too big not to pay attention either in politics or in business.”