Lawmakers and officials across Texas are reacting to news of a hostage situation at a Jewish synagogue where three people are reportedly being held.

Authorities said a man apparently took hostages Saturday during services at a Texas synagogue where the suspect could be heard ranting angrily in a livestream before the feed cut out. 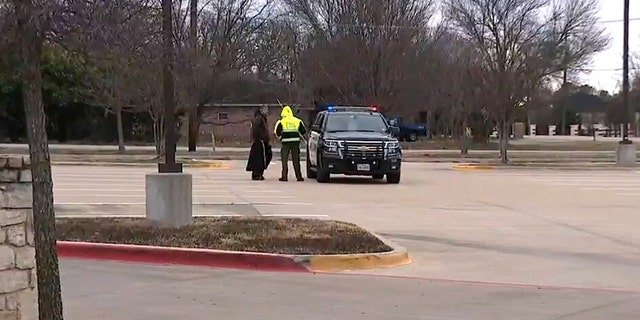 A police vehicle on guard near synagogue in which a man has taken several hostages.
(KDFW)

The Colleyville Police Department tweeted Saturday afternoon that it was conducting SWAT operations at the address of Congregation Beth Israel, northeast of Fort Worth.

At least four hostages were believed to be inside the synagogue, according to two law enforcement officials who were not authorized to discuss the ongoing investigation and who spoke to the Associated Press on the condition of anonymity. The synagogue’s rabbi was believed to be among the hostages, one of the officials said. 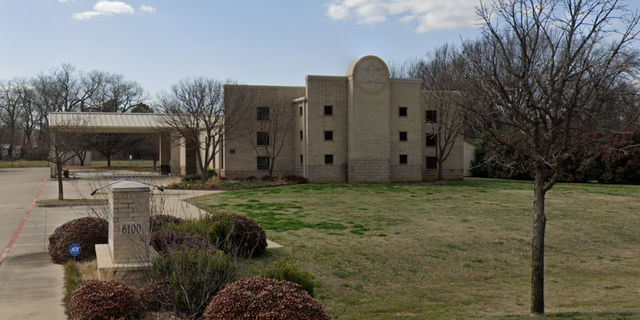 Reactions from Texas officials immediately began pouring in as the news broke.

“The Texas Dept. of Public Safety is on the scene of the tense hostage situation in Colleyville, Texas,” Texas Gov. Greg Abbott tweeted. “They are working with local and federal teams to achieve the best and safest outcome. I continue to monitor the situation through DPS.”

“As a precaution, @DallasPD is deploying additional patrols to Dallas synagogues and other sites,” Dallas Mayor Eric Johnson tweeted. “Police are working with the Jewish Federation and our local, state, and federal partners to monitor any concerns or threats based on the situation in Colleyville.” 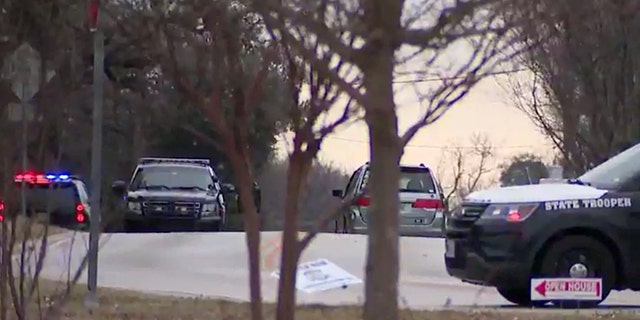 Texas state troopers and police near Colleyville synagogue in which a man holds several hostages.
(KDFW)

“Heidi and I are praying for those at Congregation Beth Israel in Colleyville and for the SWAT team and all other law enforcement on the scene responding,” Texas Sen. Ted Cruz posted. “My staff and I are closely monitoring the situation and are in close contact with local and national authorities.”

“Sending strength to Colleyville as another Texas community is tragically targeted by a gunman,” former Texas congressman and gubernatorial candidate Beto O’Rourke tweeted. “If you’re in the area, please heed the warnings of local officials and avoid the vicinity around the Congregation Beth Israel synagogue. You can find updates in this thread.”

“Just briefed on the situation at Congregation Beth Israel in Colleyville by the DHS Secretary, and I will continue to monitor,” Texas Sen. John Cornyn posted. “Please pray for the hostages inside and law enforcement on the scene.”

“Join me in praying for a safe and quick recovery of all at Congregation Beth Israel, including our law enforcement officers responding in Colleyville,” Rep. Tony Gonzales of Texas’ 23rd District tweeted.

FBI Dallas spokeswoman Katie Chaumont said an FBI SWAT team was also at the scene and that crisis negotiators had been communicating with someone inside the synagogue. But she could not say whether the person was armed and she declined to describe what the person had said to authorities, citing operational sensitivity.

Associated Press contributed to this report