The Supreme Court on Friday declined to hear a case about a flower shop in Washington that the state’s Supreme Court ruled was discriminating against a gay man by refusing to provide flowers for his wedding due to her religious beliefs.

The case had been moving through Washington state courts for years and at one point was booted back down to lower courts by the Supreme Court after its decision in Masterpiece Cakeshop, the case in which the Supreme Court ruled in 2018 in favor of a Colorado baker who refused to bake a wedding cake for a gay couple.

But the Washington Supreme Court still ruled against the florist, Barronelle Stutzman, and she appealed yet again to the U.S. Supreme Court. And Friday, the justices declined to hear the case, meaning that the florist is now subject to significant financial punishment from the state for her alleged discrimination.

“Although the outcome of this case is tragic, the critical work of protecting the First Amendment freedoms of all Americans must continue,” Kristen Waggoner, general counsel for the Alliance Defending Freedom (ADF), who represented Stutzman, said in a statement. 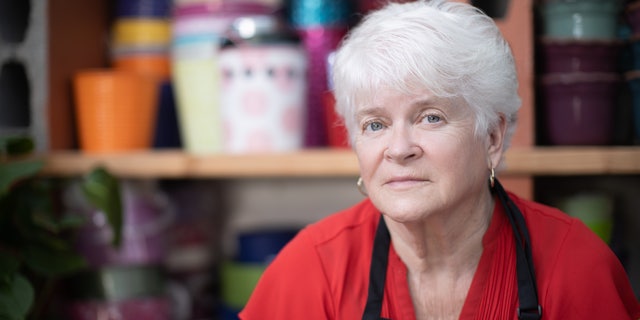 The Supreme Court declined to hear florist Barronelle Stutzman’s case Friday after she was sued by the state of Washington over the fact she declined to provide flowers for a gay wedding and lost. The court did not provide a written explanation.
(Alliance Defending Freedom)

“Thankfully, other courts have recognized that the Constitution does not allow this,” she continued. “[T]he Arizona Supreme Court and the 8th Circuit have ruled that the government cannot force creative professionals to create artistic expression that violates their religious beliefs. We are confident that the Supreme Court will eventually join those courts in affirming the constitutionally protected freedom of creative professionals.”

“I serve everyone in all walks of life, and I had the privilege of serving Rob, longtime customer for almost 10 years, for birthdays and anniversaries, custom-making arrangements for him,” Stutzman said in a 2019 interview with “Fox & Friends,” referencing Robert Ingersoll, the gay man who asked her to create floral arrangements for his wedding.

“But when he came in to talk to me about his wedding, I just simply put my hands on his and told him I could not do it because my relationship with Jesus Christ,” Stutzman said. “Without any complaint Rob or [his partner], the attorney general of Washington sued me personally and corporately simply because I have a different viewpoint on marriage.”

The American Civil Liberties Union (ACLU) and Ingersoll each said that the case sent a positive message against discrimination.

“After Curt and I were turned away from our local flower shop, we cancelled the plans for our dream wedding because we were afraid it would happen again,” Ingersoll said. “We hope this decision sends a message to other LGBTQ people that no one should have to experience the hurt that we did.”

“Today the Supreme Court confirmed that LGBTQ people should receive equal service when they walk into a store,” added ACLU Lawyer Ria Tabacco Mar. “Preventing that kind of humiliation and hurt is exactly why we have nondiscrimination laws. Yet 60 percent of states still don’t have express protections for LGBTQ people like the kind in Washington State.”

Most court watchers did not expect the Masterpiece Cakeshop ruling that preceded the Arlene’s Flowers case to be the last word on how governments should balance the interests of gay people not to be discriminated against with the religious freedom of service providers like bakers and florists. That case was decided on very narrow grounds, with the justices decrying the open anti-religious animus of the Colorado Civil Rights Commission that ruled against the cake shop.

“The Civil Rights Commission’s treatment of his case has some elements of a clear and impermissible hostility toward the sincere religious beliefs that motivated his objection,” former Justice Anthony Kennedy wrote in 2018.

“No bureaucratic judgment condemning a sincerely held religious belief as ‘irrational’ or ‘offensive’ will ever survive strict scrutiny under the First Amendment,” Justice Neil Gorsuch added.

This left questions unanswered about whether laws mandating that business owners like bakers, florists and photographers must participate in ceremonies or events that contradict their religious beliefs are permissible when an adjudicatory panel is not openly hostile toward religion.

By declining to take up the Arlene’s Flowers case next term, the Supreme Court is not necessarily endorsing the result in the case. Instead, the court could be waiting on another case to percolate through the federal courts that may serve as a better vehicle to create a nationwide rule.