The US group behind an increasingly popular sous vide cooking appliance is suing Solomon Lew-backed appliance retailer Breville, alleging it breached an agreement between the two companies known as “Operation Hotwater”.

The legal stoush comes as Breville posted a bumper $64.2 million profit for the first six months of the financial year, boosted by a surge in demand for its various coffee makers, blenders and juicers from locked-down shoppers across the world. 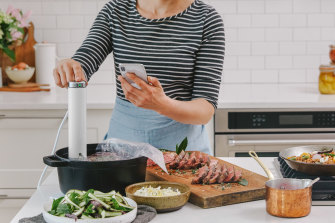 Breville is being sued over an alleged breach of contract relating to a popular sous vide product line.

Illinois-based Preston Industries’ sous vide product line was acquired by Breville in 2014, with Breville agreeing to pay Preston a licensing fee to sell the appliances. Under the terms of the agreement, Breville also agreed to purchase models from Preston as the circulators were updated.

Preston alleges Breville went against the terms of its licensing agreement when it ditched the Preston products it had been stocking for newer products called Joule Sous Vide from rival maker ChefSteps.

“Unfortunately, Breville essentially allowed the acquired sous vide line to ‘die on the vine’ while acquiring and selling a competing product in an attempt to circumvent its royalty obligations to Preston,” the complaint filed in the US Central District Court of California said.

Sous vide machines act as temperature regulators for the process of sous vide cooking, which involves sealing food inside plastic bags and immersing them in water that is heated to a consistent temperature.

Preston, which is headed up by inventor and avid home cook Phil Preston, alleges it has held the patent for these products since 1983. It is seeking repayment of a 10 per cent royalty on all sous vide appliances sold by Breville since 2019. The devices retail for about $US250 ($320). Breville is defending the claim.

The retailer, which is 32 per cent owned by billionaire Solomon Lew and his company Premier Investments, did not mention the legal action during the release of its half-year results on Tuesday and shocked investors by unexpectedly cutting its dividend by a third despite reporting soaring profits.

Breville told investors it would drop its dividend by 36.6 per cent to 13¢ a share to fund “growth opportunities”, and future dividends would be based on a payout ratio of 40 per cent of profits, rather than 70 per cent. 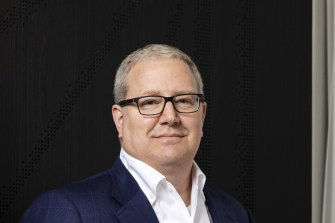 “We’ve chosen to change the target annual payout ratio to approximately 40 per cent of earnings per share. We believe this will enable us to fund this growth on a cash neutral basis.”

Breville’s decision to cool its dividend will result in Mr Lew pocketing a substantially reduced payout of $4.7 million for the half, however, growth in the company’s share price, which has risen over 200 per cent in the last two years, has already led to the billionaire’s investment being valued at over $1 billion.

“We have always held the view that Breville is an outstanding investment and a leader in its field,” Mr Lew said.

“Breville’s products are best in class and its international expansion under CEO Jim Clayton should provide Breville shareholders with positive earnings upside and share price appreciation.”

Shares in the retailer fell over 5 per cent in early trade on Tuesday as shareholders reacted to the unexpected dividend cut, but recovered to end the session 2.75 per cent higher at $31.35.

Breville’s overall revenue also rose, jumping 28.8 per cent to $711 million, with Mr Clayton saying the company had benefited from the “working from home phenomenon” during COVID-19.

Like many retailers, Breville is having difficulty acquiring stock due to extremely high levels of demand, which the business does not expect to normalise before the end of the financial year.

Mr Clayton said the second half of the financial year presented both “opportunities and challenges” due to the company’s weaker inventory position.

“We expect demand for our products to remain healthy, however, we enter the second half with inventory tight across the globe,” he said.

“We are pulling all the levers we can to try to get in front of the demand line … [but] it’s too early to tell if we will get this done by the end of the half or whether it will be in 2022.”

Despite the uncertainty, the company raised its full-year guidance, predicting earnings before interest and tax would come in at about $136 million.