A BIZARRE light show so bright it looks like a second sunset will grace the night sky over Britain and the US for the next two weeks.

Known as a "pyramid of light", the phenomenon will rise from the horizon for about an hour after dusk from today until March 24. 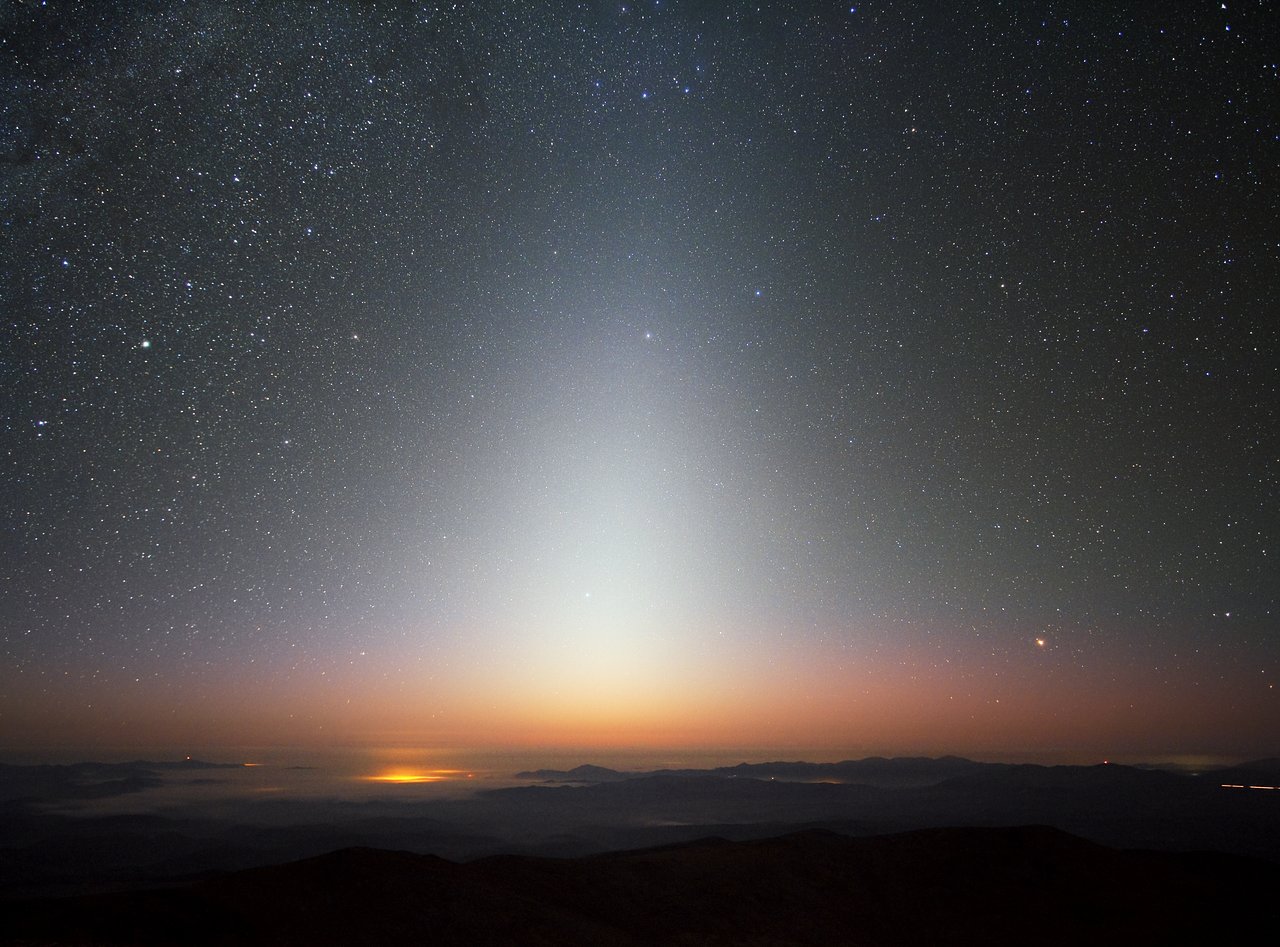 That's earned it the nickname "false dusk", as it floods the sky with light despite arriving long after the Sun has set.

Also known as the Zodiacal light, the phenomenon only appears if the conditions are right.

That means clear skies above an area with little light pollution.

According to popular forecaster Accuweather: "The Zodiacal light looks like a dim, glowing pyramid in the sky. 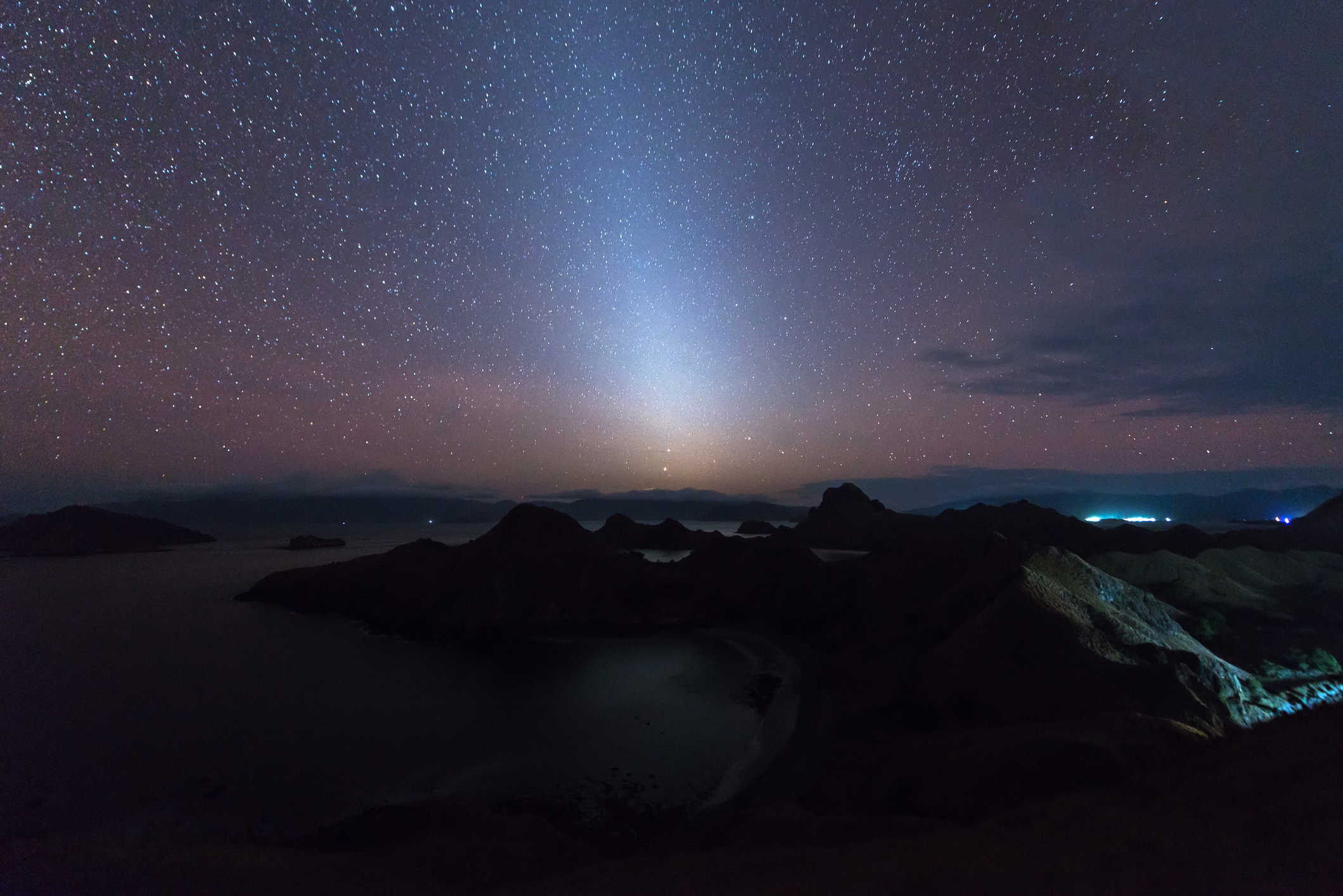 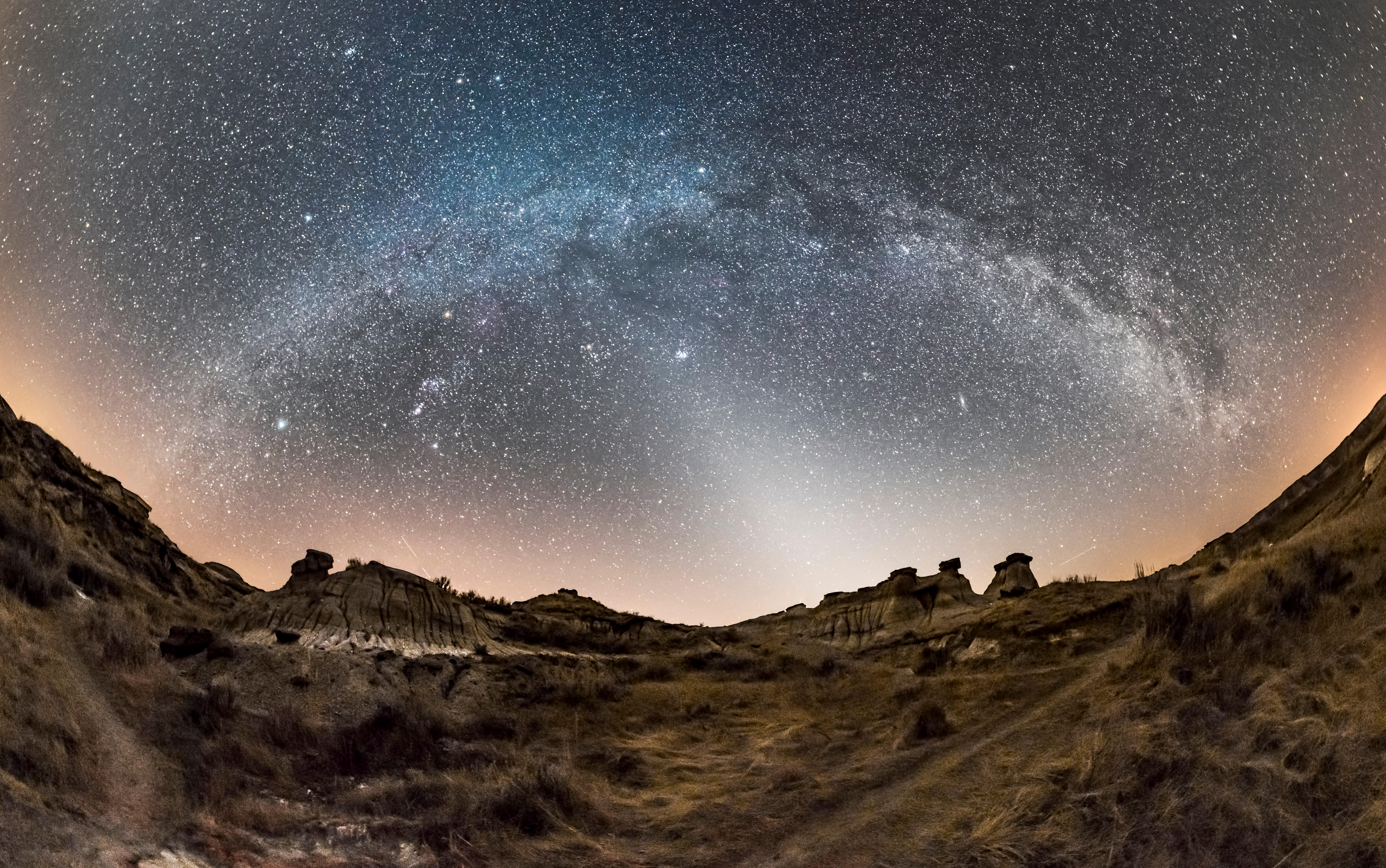 "This pyramid of light is actually the Sun’s light being reflected off of a disk of dust dispersed across the inner solar system."

Observers in the northern hemisphere – meaning Britain, the US and northern Europe – can look west-southwest for the broad wedge of light.

Stargazers in these countries can typically only see Zodiacal light at two times of year.

Those are late February or early March, when it appears in the evening, and in late September, when it pops up before sunrise. 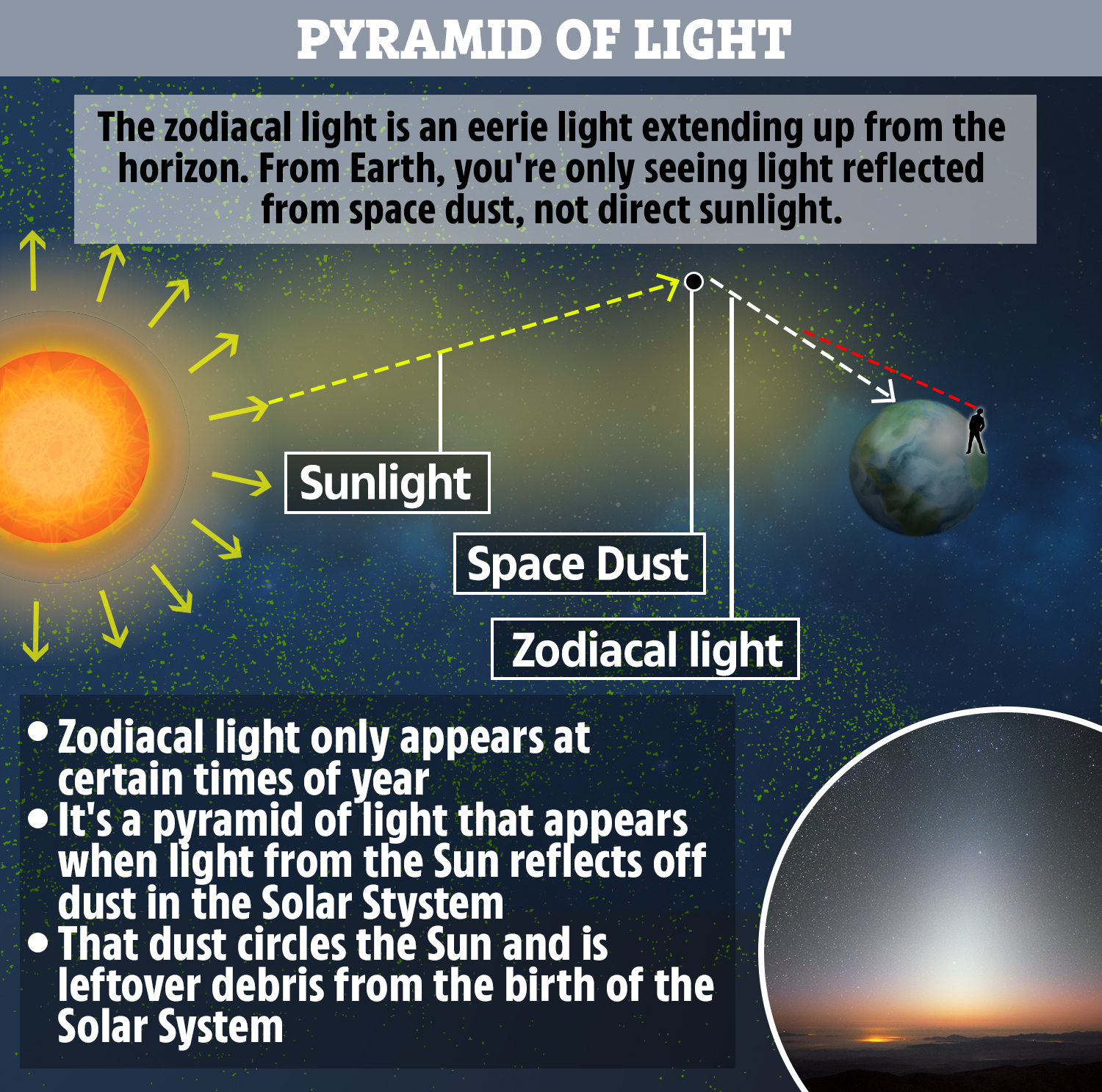 During the Autumn show, the phenomenon is known as a "false dawn", as it appears before sunrise.

To get the best view this month, you'll have to brave the cold a little.

Sunset in the UK begins around 6pm, and on a clear night zodiacal light should appear until 7pm.

You'll also need a spot with little to no light pollution, which means getting well away from any busy urban areas. 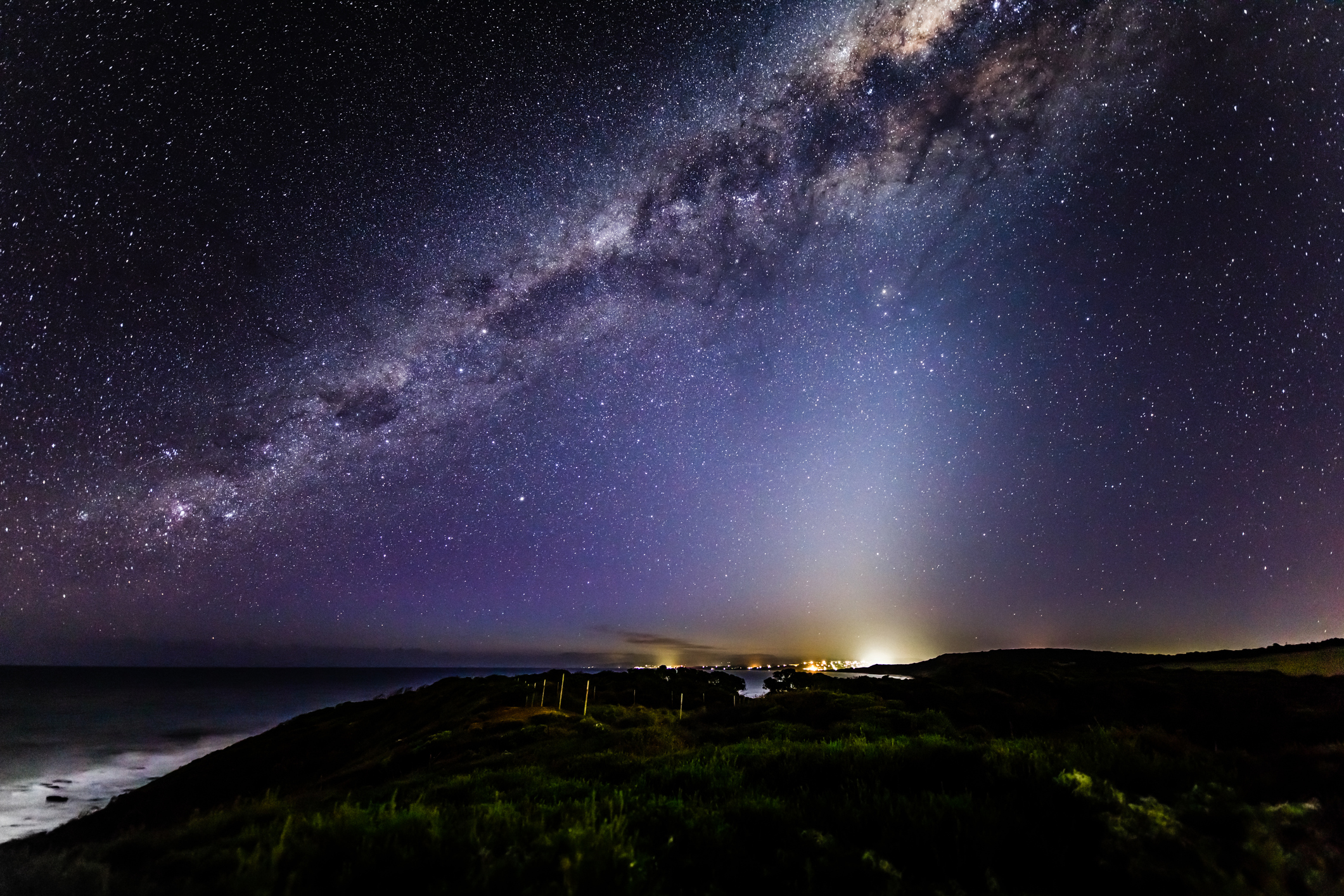 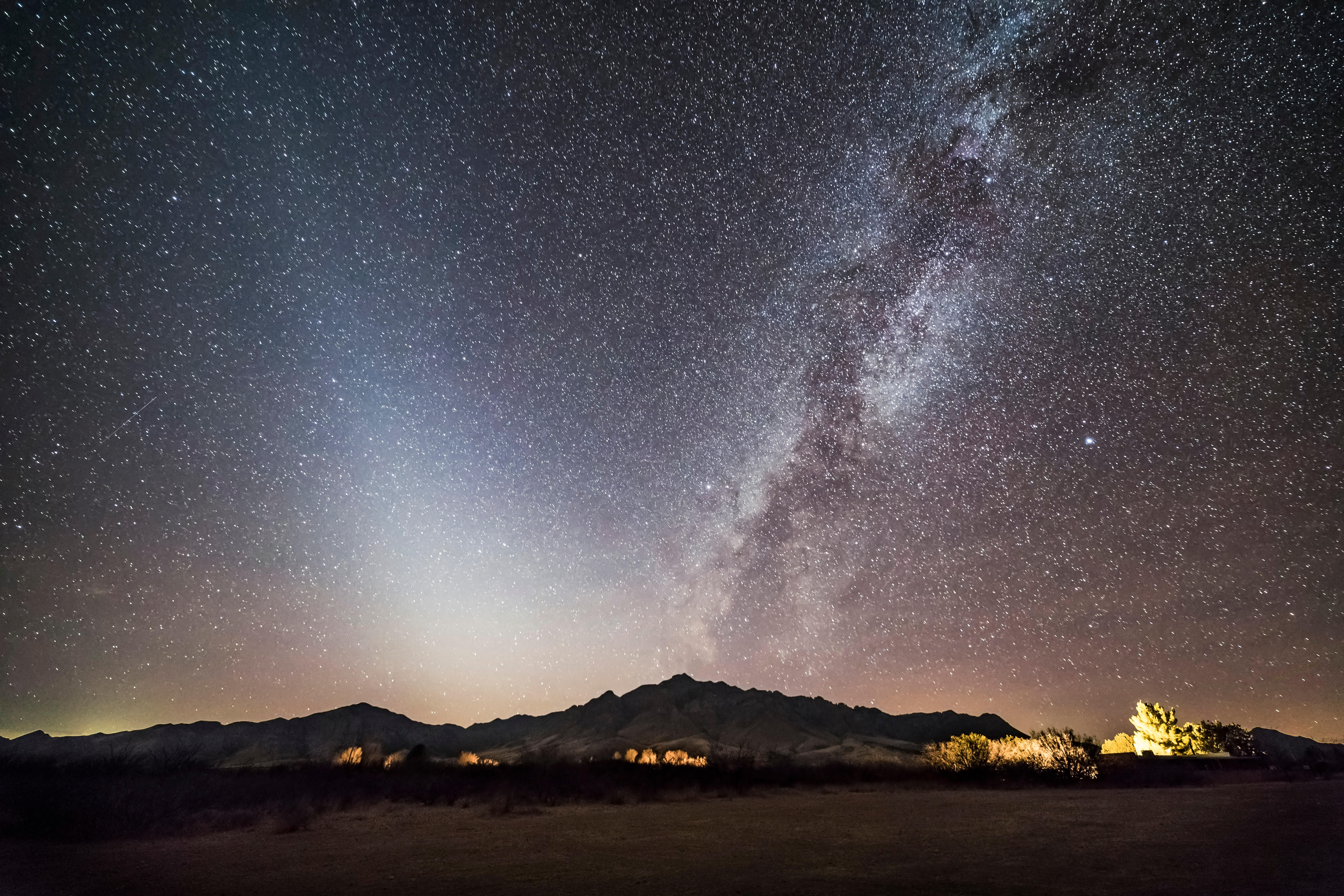 You may well have spotted zodiacal light before – you've just not realised it.

"Suppose you’re driving toward the west in springtime the hour after dusk," says astronomy site EarthSky.

"You catch sight of what you think is the lingering evening twilight, or the light of a nearby town, just over the horizon. Instead, you may be seeing the zodiacal light."

Here's an easy guide to get you started…

Zodiacal light appears due to the way sunlight reflects off of space dust.

Grains of dust that circle the inner Solar System were left there when the planets formed billions of years ago.

They're at their biggest and densest in the plane of The Sun that Earth, Mars, Venus and the other planets orbit our star.

This thick bar of dust creates the bar of light we later see on Earth.

In other news, stargazers were treated to the first Supermoon of 2020 earlier this week.

An amateur stargazer recently spotted a top-secret US military spacecraft while scanning the sky with his telescope.

This incredible Nasa picture from space shows a lush Britain shining in the sea.

Do you plan on catching the zodiacal light show? Let us know in the comments!