NASA's Hubble Space Telescope has revealed new data about what may be the most powerful cosmic storm in the universe.

Experts think a "quasar tsunami" has the potential to be so violent that it would rip apart an entire galaxy. 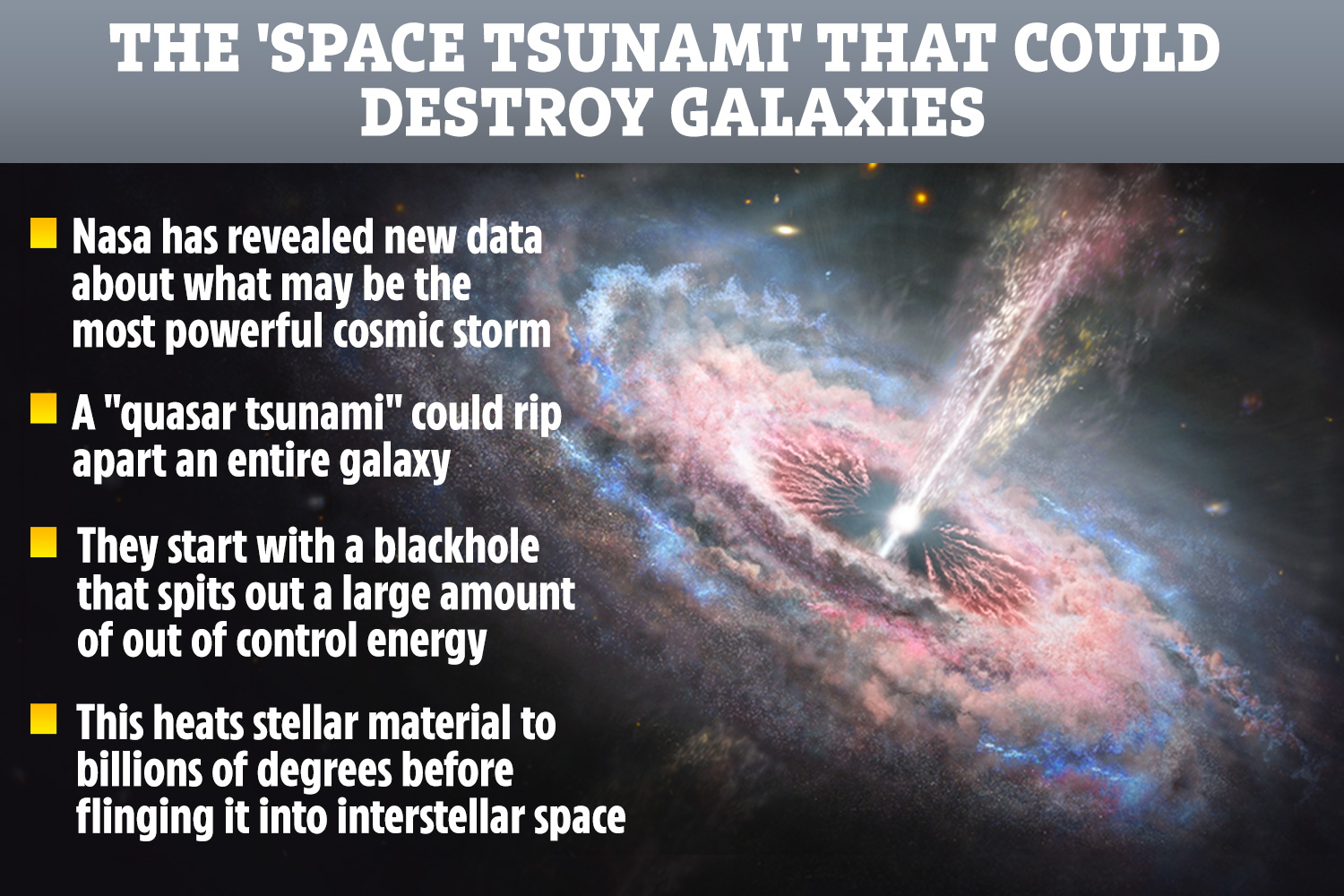 "The winds are pushing hundreds of solar masses of material each year.

"The amount of mechanical energy that these outflows carry is up to several hundreds of times higher than the luminosity of the entire Milky Way galaxy."

The devastating storm has been described in six papers by Arav and colleagues.

Here's some things you might not have known about our galaxy…

These papers have been published in The Astrophysical Journal Supplements.

They essentially describe a quasar as a type of supermassive blackhole in the middle of a faraway galaxy.

This blackhole is said to spit out a huge amount of energy.

A quasar tsunami refers to when this energy spins out a control and heats stellar material to billions of degrees.

This extraordinarily hot material is then flung into interstellar space.

Nasa explained: "The quasar winds snowplow across the galaxy's disk.

"Material that otherwise would have formed new stars is violently swept from the galaxy, causing star birth to cease.

"As this cosmic tsunami slams into interstellar material, the temperature at the shock front spikes to billions of degrees, where material glows largely in X-rays, but also widely across the light spectrum.

"Anyone witnessing this event would see a brilliant celestial display."

Eminent cosmologist Jeremiah P. Ostrike added: "Both theoreticians and observers have known for decades that there is some physical process that shuts off star formation in massive galaxies, but the nature of that process has been a mystery.

"Putting the observed outflows into our simulations solves these outstanding problems in galactic evolution."

In other space news, the first-ever launch of Trump’s US Space Force mission lifts off today.

A Nasa probe has snapped a mind-blowing image of an alien "Grand Canyon" on the surface of Mars.

And, Elon Musk has sent another batch of broadband satellites into orbit.

What do you make of this space 'natural disaster'? Let us know in the comments…