New York (CNN Business)“Saturday Night Live” didn’t open up with politics to kick off the latest episode of the NBC variety show, but Maya Rudolph’s Kamala Harris still had her moment.

Rudolph, the host of this week’s “SNL” who has played the vice president multiple times, welcomed guests to a Passover meal.
She did so with her husband and second gentleman, Doug Emhoff, who was played by guest star Martin Short.

“What better night to celebrate a new beginning than Passover?” Rudolph’s Harris said. “That’s why it’s time for ‘A Kamala Harris Unity Seder.'”

She then said that tonight “we ask the four questions: ‘How’s school?’ ‘Did you eat?’ ‘When are you giving me grandchildren?’ and ‘What’s with the haircut?'” 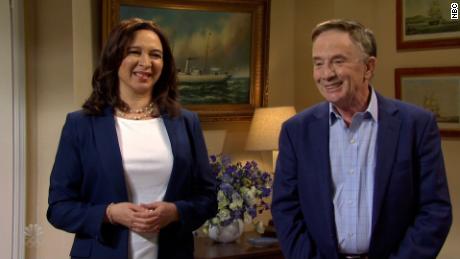 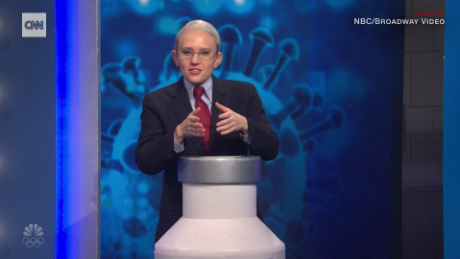 “Well, we can’t eat pork or bread… so thank you,” Rudolph’s Harris said.
Then the biggest guest of the Seder showed up: President Joe Biden, played by Alex Moffat. He was beaming from his press conference this week.
“Hey, did you guys catch my press conference? It was so easy,” Moffat’s Biden said. He then read some notes off index cards to communicate at the meal.
After a moment, Moffat’s Biden reminded Kamala Harris that he was putting her in charge at the Mexican border.
“Thank you for the opportunity. Such a fun solvable problem,” Rudolph’s Harris said. “And what are you in charge of?”