Hundreds of Snapchatters moaned about the app in a matter of minutes on Friday the 13th. 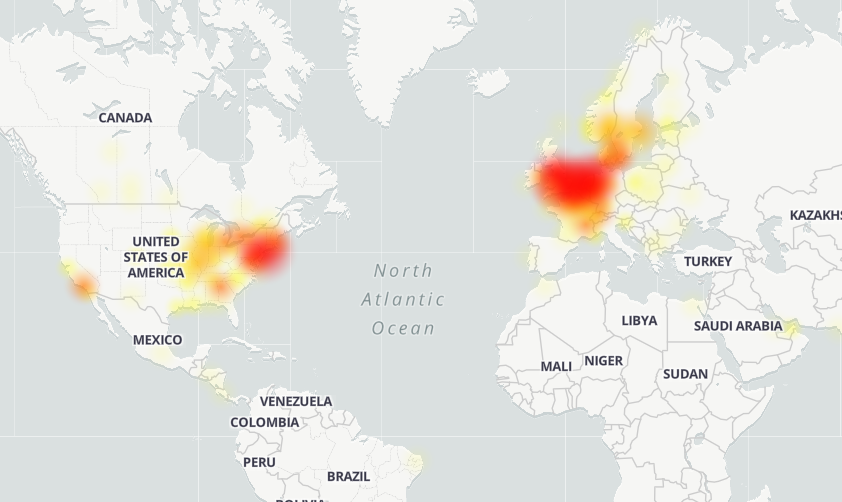 Snapchat not working – what is happening?

It follows a similarly mysterious outage that took place only yesterday.

A live map of the outage suggests that the issue is primarily affected western Europe and the eastern USA.

Hundreds of reports on Down Detector suggests that at least thousands of users are likely experiencing problems.

The majority of users say the issues relate to sending Snaps, receiving Snaps, or refreshing their feed.

Snapchat down – what are users saying?

Disappointed and confused users have taken to Twitter to moan about the outage.

One wrote: "Snapchat is deleting my stories again!! Can you let us know when this fixed please!"

And another said: "Snapchat down again…Lol this world is turning to a mid-life crisis it's the least you could do."

Users are sharing the hashtag #snapchatdown on Twitter to highlight the issue.

Snapchat outage – is there an official response?

No formal statement has been issued by Snapchat.

Several replies from the account say that Snapchat is "looking into this" – but don't confirm a widespread outage or explain the issues.

We've asked Snapchat for comment and will update this story with any response.

Snapchat – what is it?

In other news, Snapchat recently added a filter that turns the floor into lava.

A secret Snapchat re-design has been leaked.

And a genius Google trick lets you combine two emoji to create your own random designs.

Have you experienced any issues with Snapchat today? Let us know in the comments!