This actually looks like a good deal in today’s used car market. 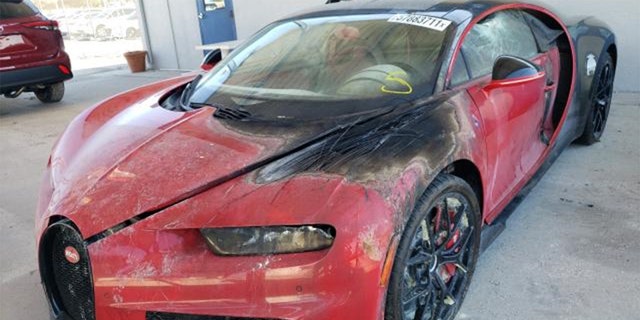 A $3 million Bugatti Chiron supercar has been listed in Key West, Fla., on the Copart car auction site at an estimated value of $345,000, but there’s a catch.

The black and red coupe shows severe burn damage to the left front fender and is covered in soot, but is otherwise intact. 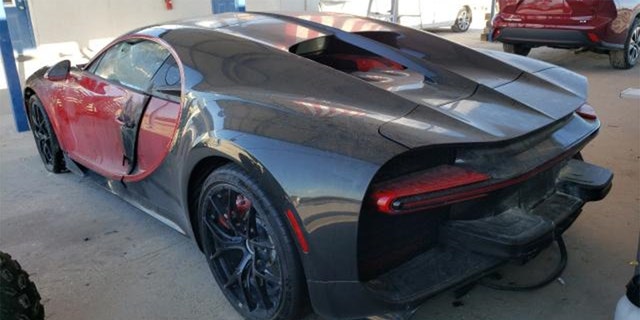 According to Copart, the Bugatti’s massive quad-turbocharged sixteen cylinder engine was able to run at idle when it was delivered, but the salvage specialist makes no other claims about its condition and is selling it as-is.

The car appears to be the same one that was reported in July as the target of arson in a Miami parking garage by Dominican music star El Alfa, who posted video of it on his social media accounts and said he felt he was in danger, but later took them down on the advice of his lawyers, EFE reported. 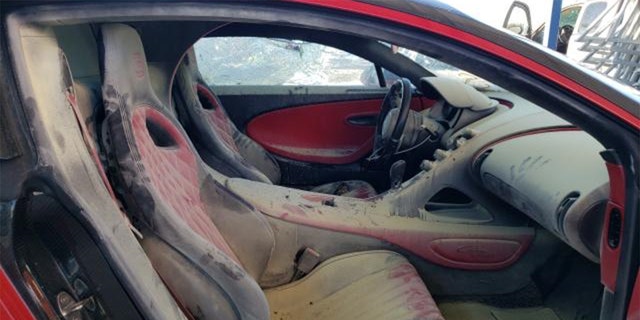 According to a police report on the incident obtained by Fox News Autos, El Alfa, whose real name is Enmanuel Herrera, said he and a friend returned to the car to discover it on fire and tried to put it out with a extinguisher, but that the building’s sprinkler system ultimately doused the flames.

Security camera footage recovered by the police showed a grey car “piggyback” another through the security gate around the time of the incident and leave before Herrera arrived. 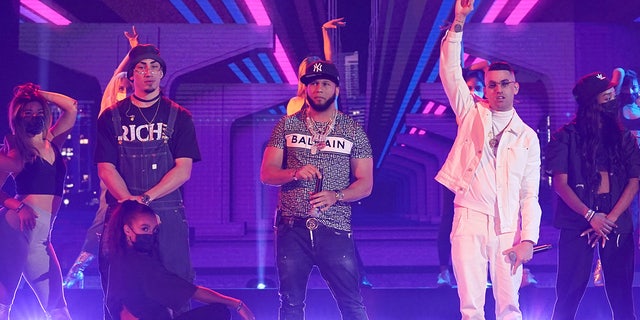 An investigation into the incident is ongoing and Herrera’s representative told EFE that he will no longer comment until it is complete.

El Alfa’s car was also featured in his video for the song “Caso Bugatti.”

One note if you’re interested in taking on this restoration project, Chiron maintenance is expensive. If you follow the manufacturer’s recommendations, the car requires a $25,000 oil change  service every 14 months or 10,000 miles and a new set of $50,000 wheels at the same time, according to CarBuzz. And that’s just for the wheels. The specially-designed tires run from $8,000 for all=seasons to $42,000 for a set of high performance summer rubber.