Home » World News » SF Archbishop scolds Pelosi for attack on anti-abortion voters: She 'does not speak for the Catholic Church'

SF Archbishop scolds Pelosi for attack on anti-abortion voters: She 'does not speak for the Catholic Church'

Country needs to get past Pelosi’s ‘irresponsible’ anti-Trump animus: Henninger

The Catholic Archbishop of San Francisco issued a scathing statement Thursday in which he accused House Speaker Nancy Pelosi of impugning the motives of anti-abortion voters — and described her remarks on abortion as “in direct contradiction” of Church teaching.

“To begin with the obvious: Nancy Pelosi does not speak for the Catholic Church. She speaks as a high-level important government leader, and as a private citizen,’ Archbishop Salvatore Cordileone said in a statement. “And on the question of the equal dignity of human life in the womb, she also speaks in direct contradiction to a fundamental human right that Catholic teaching has consistently championed for 2,000 years.”

PELOSI DEFENDS IMPEACHMENT IN FACE OF BIDEN’S CALL FOR UNITY: ‘WE MUST DO IT’

Pelosi told Hillary Clinton in a podcast that Donald Trump became president because of opposition to what she called a “woman’s right to choose,” and said his promise to appoint anti-abortion judges was a “dogwhistle” to Evangelicals and Catholics — something she says “gives me great grief as a Catholic.”

She went on to claim that the abortion issue was one of the reasons some Trump supporters opposed impeachment despite still thinking he did something wrong.

“When you take the greed of those who want their tax cut, that’s probably a small number, but nonetheless a number, and then you take the abortion issue — and many of these people are very good people, that’s just their point of view,” she said. “But they were willing to sell the whole democracy down the river for that one issue.” 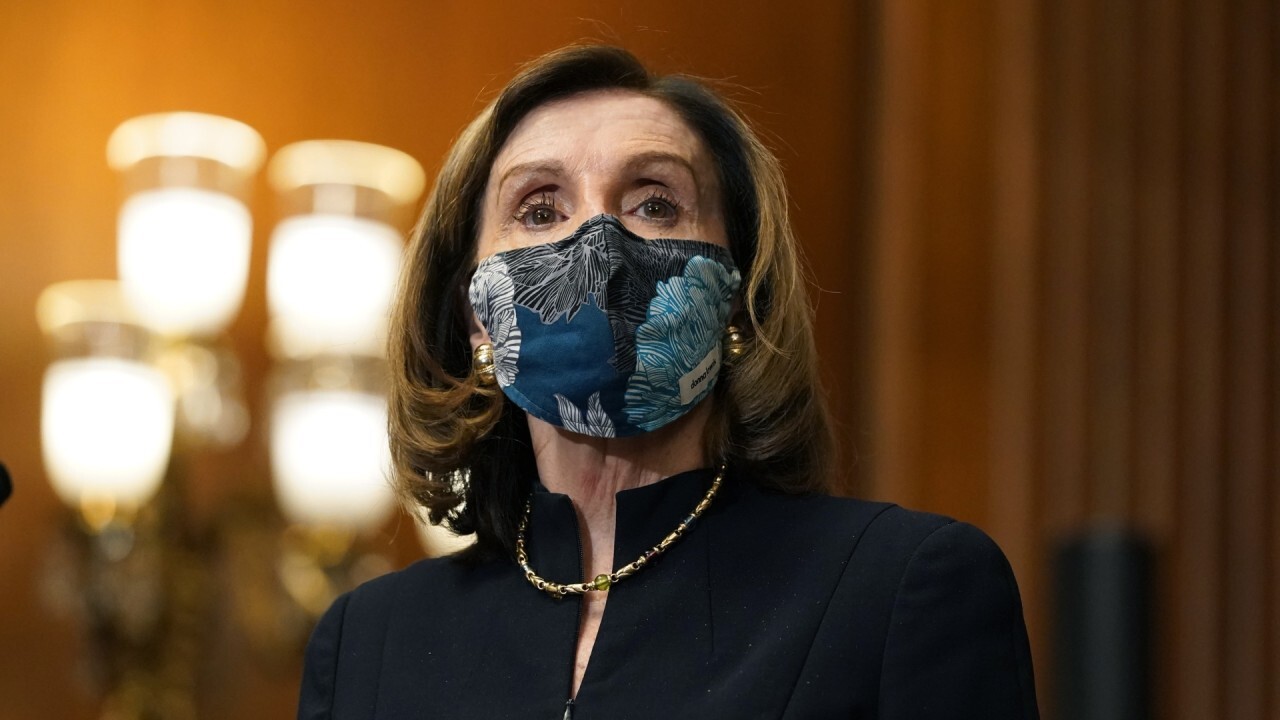 Cordileone re-asserted Catholic teaching on abortion and noted that that teaching had been affirmed by Pope Francis, the Second Vatican Council and the U.S. Conference of Catholic Bishops (USCCB). He then accused Pelosi of impugning the motives of Catholic and others.

“This is not the language of unity and healing,” he said. “She owes these voters an apology.”

While Cordileone noted that there are many issues Catholic must weigh when casting their vote in November, he said that “no Catholic in good conscience can favor abortion.”

“‘Right to choose’ is a smokescreen for perpetuating an entire industry that profits from one of the most heinous evils imaginable,” he said. “Our land is soaked with the blood of the innocent, and it must stop.”

Both President Biden and Speaker Pelosi are Catholics, with Biden becoming the second Catholic president in U.S. history this week. But their promotion of pro-choice policies have brought them into conflict with members of the Church hierarchy.

While the USCCB has welcomed a number of Biden’s first moves as president, including on immigration and climate change, it also issued a statement expressing concern about his stance on abortion and other matters.

“So, I must point out that our new President has pledged to pursue certain policies that would advance moral evils and threaten human life and dignity, most seriously in the areas of abortion, contraception, marriage, and gender,” USCCB Chairman Jose Gomez said. “Of deep concern is the liberty of the Church and the freedom of believers to live according to their consciences.”