Home » World News » Sen. Cotton says Neera Tanden has no chance of being confirmed, tells Biden 'go back to the drawing board'

Sen. Cotton says Neera Tanden has no chance of being confirmed, tells Biden 'go back to the drawing board' 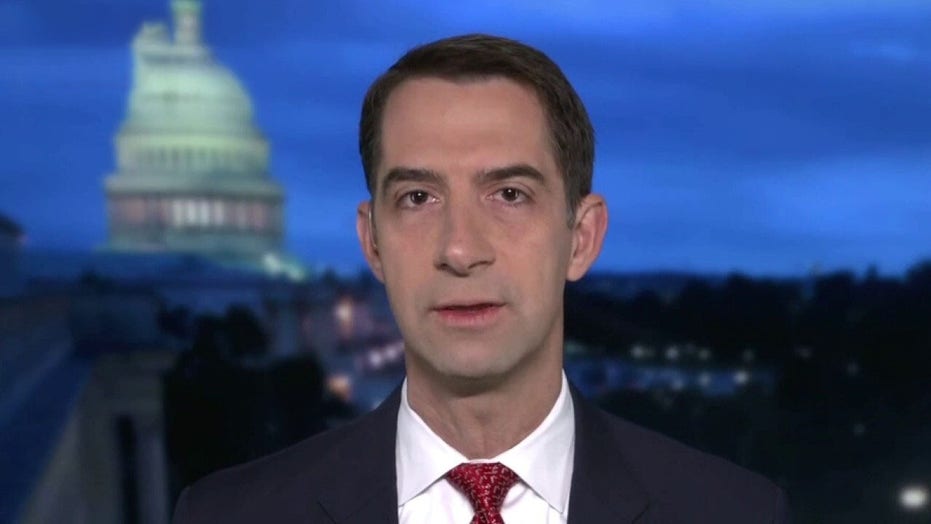 Neera Tanden has no chance of being confirmed: Sen. Cotton

Neera Tanden has “no chance of being confirmed" as head of the White House budget office in the incoming Biden administration, Sen. Tom Cotton said on Wednesday.

“The problem with Neera Tanden is not so much her tweets, it’s her radical liberal ideas,” the Arkansas Republican told "Fox & Friends."

“This is a woman who wants Congress to hold up coronavirus relief for the American people so we can give checks to illegal immigrants. There is no chance Neera Tanden will be confirmed. She might as well step aside, or, Joe Biden might as well withdraw her and go back to the drawing board,” Cotton said.

Tanden, the chief executive of the Center for American Progress and a prolific Twitter user, has deleted more than 1,000 of her tweets, according to the New York Post, including many that were sharply critical of the same Republican senators she may need to vote for her confirmation. The tweet disavowing the Michelle Obama quote is among the tweets that are no longer on her timeline – but it was saved on the Internet archive "Wayback Machine."

"One important lesson is that when they go low, going high doesn't f**king work," Tanden said.

Michelle Obama coined the phrase during the 2016 presidential campaign in response to then-presidential candidate Donald Trump's personal insults against Hillary Clinton, the media and many others.

The resurfacing of the Tanden tweet also comes as Biden – who would be Tanden's boss if she is confirmed by the Senate – has been pushing for unity in the wake of his electoral win.

Cotton said that Biden intends to take the country back to the Obama era of “more taxes and regulations” and “not have a government that stands beside the American people.”

“Janet Yellen helped preside over a low growth stagnant economy that didn’t create the kind of jobs and wages that working-class Americans need. It’s just another example of how Joe Biden is going back to the Obama-Biden era, where we’re going to have more taxes and more regulations, not have a government that stands with and stands beside the American people, but rather one that tries to ride the back of the American people with one-size-fits-all policies coming from Washington.”