Home » World News » See pictures of the White House candlelight ceremony honoring the 500,000 Americans who died in the pandemic

See pictures of the White House candlelight ceremony honoring the 500,000 Americans who died in the pandemic

President Joe Biden mourned the deaths of the over 500,000 Americans who died from COVID-19 on Monday.

“We often hear people described as ordinary Americans. There’s no such thing,” he said during a memorial on Monday. “There’s nothing ordinary about them. The people we lost were extraordinary.”

With over 28 million cases, the US recorded a grim milestone of half a million deaths from the virus, a year since the first known coronavirus death was recorded in the US.

Biden spoke directly to those who have lost friends or family to the virus, touching on his own personal experience with loss.

“I know all too well. I know what it’s like to not be there when it happens,” Biden said. “I know what it’s like when you are there, holding their hands, as they look in your eye and they slip away. That black hole in your chest, you feel like you’re being sucked into it.”

Biden has spoken publicly about the deaths of his first wife and daughter who were killed in a car crash shortly after his Senate election in 1972. His son Beau died from brain cancer in 2015.

His predecessor, former President Donald Trump, repeatedly downplayed the pandemic and the toll it was taking on Americans.

At a time when COVID-19 deaths surpassed 225,000 in late October, Trump – just days away from the November election – downplayed the rising number of cases and falsely claimed that there was unnecessary attention to the topic.

He baselessly claimed that the rise of cases was due to increased testing.

“Cases up because we TEST, TEST, TEST,” he wrote in a tweet at the time. “A Fake News Media Conspiracy. Many young people who heal very fast. 99.9%. Corrupt media conspiracy at all time high. On November 4th, topic will totally change. VOTE!”

Last March, Trump told journalist Bob Woodward: “I wanted to always play it down. I still like playing it down because I don’t want to create a panic.”

Biden instead has chosen to acknowledge the lost lives and collective pain many have endured during the pandemic and offered a hopeful tone for the future.

“We have to resist becoming numb to the sorrow. We have to resist viewing each life as a statistic or a blur or, on the news. We must do so to honor the dead. But, equally important, to care for the living.”

Have a news tip? Contact this reporter at salarshani@insider.com

Biden ordered flags on federal property to be flown at half-staff for five days on Monday. 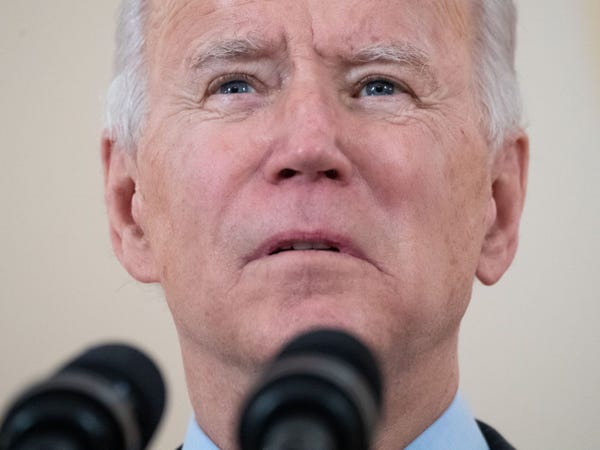 The coronavirus death toll is higher than those killed in both world wars and the Vietnam War combined, Biden said. 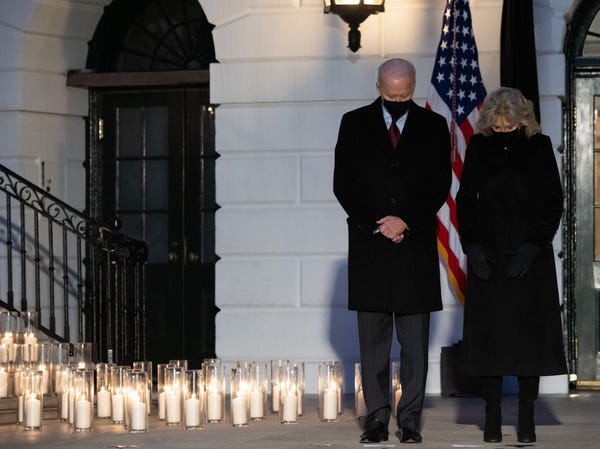 There's some hope as cases and hospitalization have been on the decline over the past few weeks. 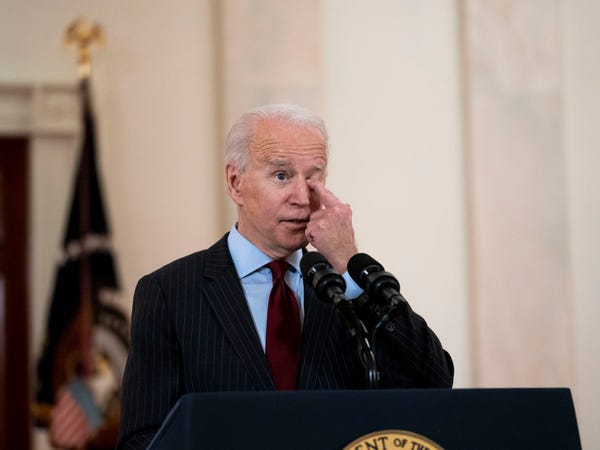 However, the threat of more transmissible and potentially deadlier variants like the one discovered in the UK concern public health experts. 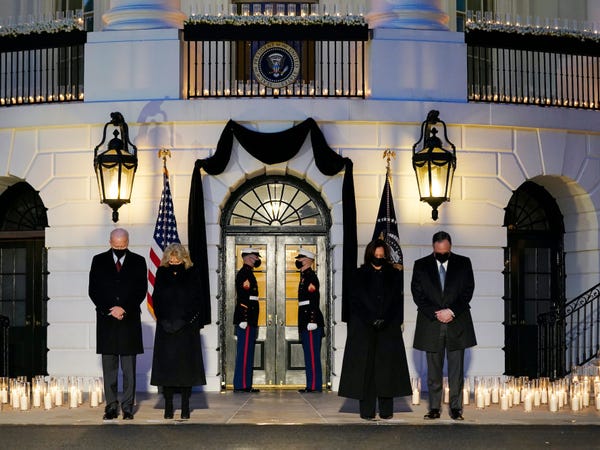 Dr. Anthony Fauci, President Biden's chief medical adviser for Covid-19 said he's hopeful that by the fall the US could have a degree of normality. 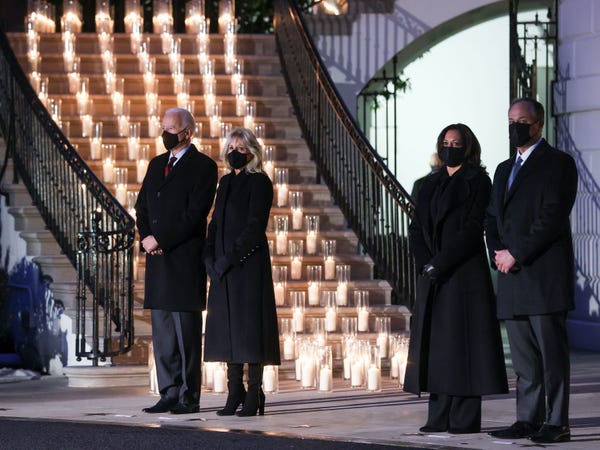 Fauci told CNN’s Dana Bash on “State of the Union” that while he can’t predict when Americans could go back to pre-pandemic behaviors, he thinks “we’re going to have a significant degree of normality beyond the terrible burden that all of us have been through over the last year.”

Get the latest coronavirus business & economic impact analysis from Business Insider Intelligence on how COVID-19 is affecting industries.