Washington, DC (CNN)Jennifer Homendy, chair of the National Transportation Safety Board (NTSB), said Tuesday that the recent backlash from Tesla’s fanbase towards a newly-appointed federal safety advisor is a deliberate attempt to shift away from safety questions about the automaker’s technology.

Tesla’s fans and its CEO Elon Musk have spoken out against Duke professor Missy Cummings since she was appointed last week to be a senior advisor at the National Highway Traffic Safety Administration (NHTSA), which regulates automobiles. Driver-assist systems like Tesla’s Autopilot and a more advanced version called “full self-driving” have never been regulated. Cummings, who has extensive experience researching the field, has called for regulating the systems.
Cummings began her career as one of the first women to be a fighter pilot in the U.S. Navy. As an engineering professor at Duke and director of the Humans and Autonomy Laboratory, she’s published papers in peer-reviewed journals examining how people use autonomous systems. Cummings has testified on Capitol Hill about autonomous driving as well. She’s also researched the limitations of Tesla’s driver monitoring system on the Model 3, and said Tesla should limit Autopilot to roads where it’s been designed for use.

Musk tweeted last week that Cummings’s track record is “extremely biased against Tesla,” and provided no explanation. He did not respond on Twitter when Cummings replied that she would be happy to meet with him. Tesla fans circulated a petition that received more than 28,000 signatures, calling for Cummings’s appointment to be reviewed for “conflict of interest and bias.”

Cummings then received a torrent of messages attacking her, including death threats. She deleted her account after Twitter declined to remove an account that impersonated her. That account had received a response from Musk, highlighting the impersonated tweet to some of his more than 61 million followers.

“It’s a calculated attempt to distract from the real safety issues at hand that everybody should be focused on,” Homendy told CNN Business Tuesday. “It’s noise. Put it aside.” 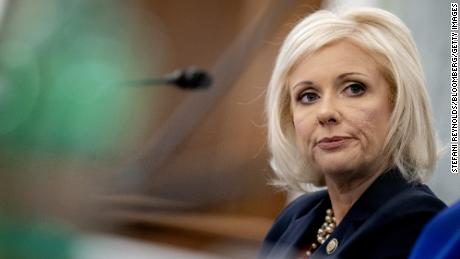 Homendy sent Tesla a letter Monday expressing concern that Tesla hadn’t taken action on safety recommendations it had made in recent years for Autopilot, including limiting where it can be used.
The NTSB investigates safety issues on everything from planes to pipelines, bridges, boats and cars, and Homendy told CNN Business that more than 80% of the NTSB’s recommendations are typically adopted. The NTSB received responses from five other auto manufacturers that it also made driver-assist recommendations to: VW, BMW, Nissan, Mercedes-Benz and Volvo.
Homendy said the Tesla community’s criticisms of Cummings, NHTSA and NTSB are something she doesn’t see elsewhere.
“You would never get that in other [transportation] modes. That would just not happen,” Homendy said. “We’ve issued recommendations to other auto manufacturers and don’t get that response. NHTSA issues regulations across the auto industry and they also do not get that response.”
Tesla generally does not engage with the professional news media and did not respond to a request for comment. Cummings declined a request to be interviewed.
Homendy said that safety professionals need to shift the conversations back to safety.
“I refuse to go down the path of even reading, acknowledging, or responding to any criticism because I feel like it’s really the safety issues at hand we need to be talking about,” Homendy said. 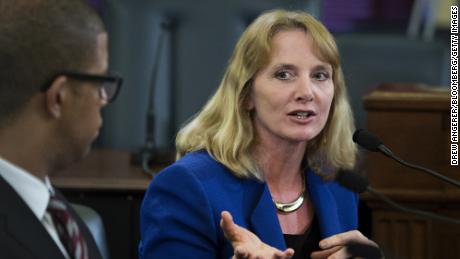 The NTSB has called for Tesla to limit the use of Autopilot to conditions for which it is designed. The agency has investigated two fatal Tesla crashes in which Autopilot was being used on roads it wasn’t designed for. NHTSA is also investigating at least 11 crashes in which Teslas using Autopilot crashed into emergency vehicles stopped on roadways.
Tesla has published data since 2018 that shows that there are fewer crashes per mile with Autopilot than without Autopilot, but critics have called this an apples-and-oranges comparison. Autopilot mileage is most likely to come on highways, a type of road that already has fewer crashes per mile. Research has shown that Tesla drivers are more likely to be distracted when using Autopilot.
Homendy said she has concerns with Tesla’s on-going expansion of its driver-assist technology from highways and onto city streets while not addressing “serious safety deficiencies.”
For a year, a small group of Tesla enthusiasts have tested an early version of its “full self-driving” software, which is designed for use on city streets. Tesla expanded “full self-driving” to roughly 1,000 owners this month. It’s also spoken of a broadened expansion.

Tesla had to roll back the latest version of the software within hours of its release Sunday after drivers reported unnecessary automatic emergency braking and forward collision warnings. Some drivers told CNN Business they were not even able to activate “full self-driving.” Tesla released another version Monday to some drivers, who generally said they saw improvements.
NHTSA told CNN Business Monday that it has contacted Tesla for more information about the recent changes.
Source: Read Full Article