(CNN Business)Fast-food chain KFC has launched a new Intel-powered games console that comes with a built-in “chicken chamber” to keep your snacks warm.

The KFConsole is part of a partnership with hardware manufacturer Cooler Master, KFC said in a statement on Tuesday.
“The Bargain Bucket-shaped machine features the world’s first built in chicken chamber, which is kitted out to keep its contents hot, ready for consumption during intense gaming sessions,” KFC added.

The future of gaming is here.

Your chicken will be kept hot thanks to a custom-built cooling system that keeps the console hardware at a regular temperature while using heat produced by its components to warm the chicken chamber.
Other specs include an Intel Nuc 9 Extreme Compute Element and two Seagate® BarraCuda® 1TB SSD drives for storage, according to the Cooler Master website. 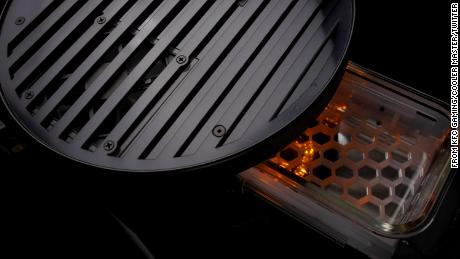 The console can handle virtual reality games and offers smooth gameplay thanks to 240 frames per second frame rate and 4K display compatibility, according to details published by Cooler Master.
“This machine is capable of running games at top-level specs, all on top of keeping your meal warm for you to enjoy during your gaming experience… what’s not to like?,” said Mark Cheevers, PR & social media lead at KFC UK & Ireland, in the company’s press release.
“If Sony or Microsoft want any tips on how to engineer a chicken chamber for their efforts next time, they’d be welcome to get in touch.” 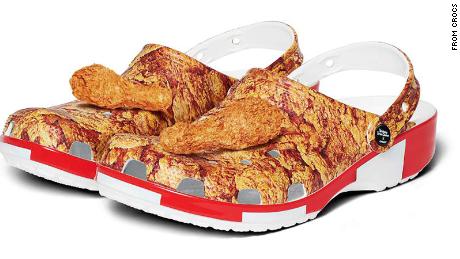 Intel (INTC) said it had nothing to add to details released by Cooler Master or KFC and did not comment on pricing or release date when contacted by CNN. KFC did not immediately respond to a request for comment.

This is not the first time the fast food chain has collaborated with other brands.
In February, KFC and Crocs announced the KFC X Crocs Bucket Clog, a limited edition shoe covered in a fried chicken print. And, in December 2019, the fast food chain teamed up with artificial fire log company Enviro-Log to offer the chicken-scented 11 Herbs & Spices Firelog.
Source: Read Full Article