AN ARCHITECT has offered a glimpse into what the flats of the future will look like – "organic towers" designed to boost the mental health of people in cities.

Newly unveiled plans for the extraordinary "Rainbow Tree" tower block reveal how it will stand out from typically drab city apartment buildings thanks to the 30,000 plants covering it. 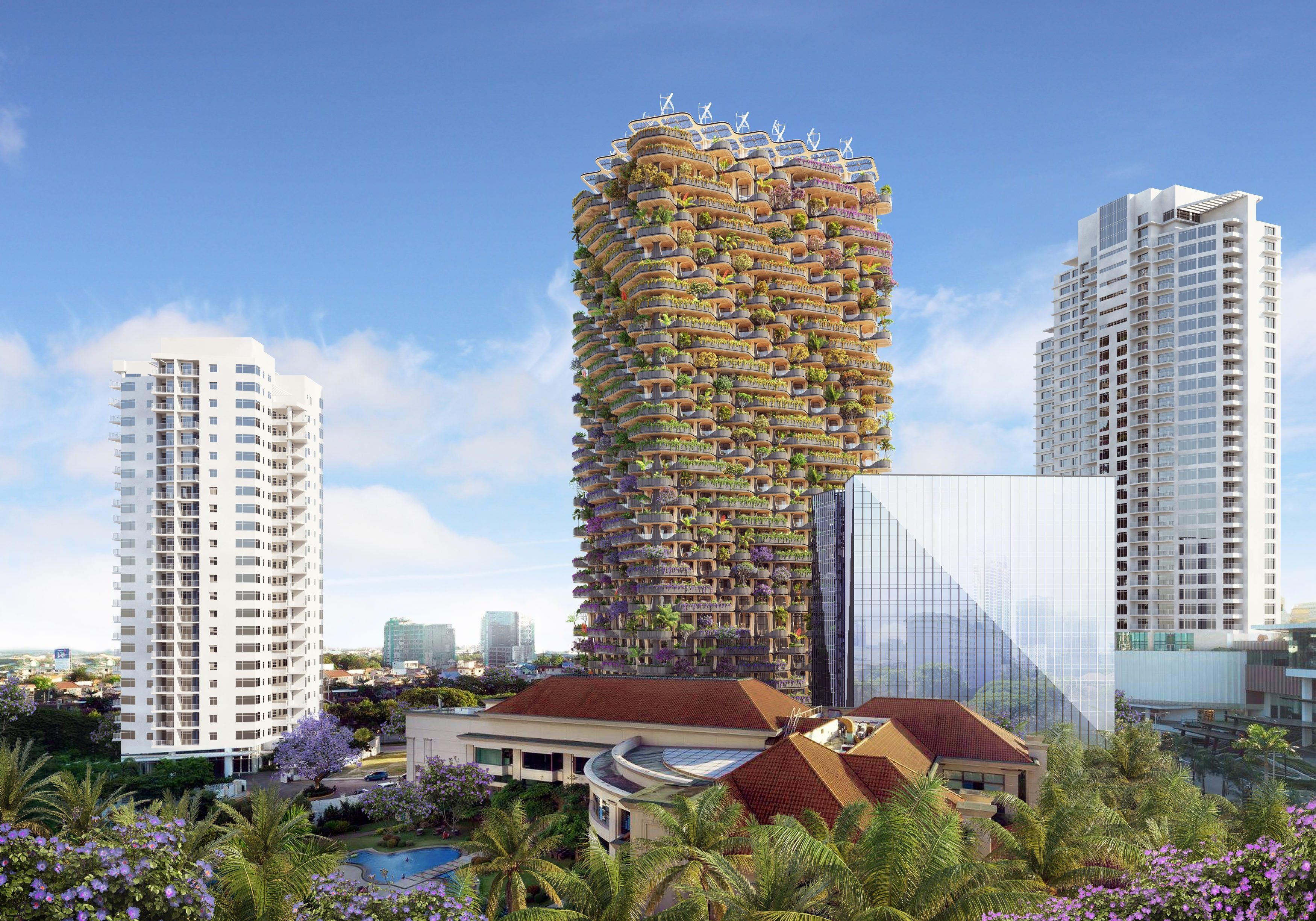 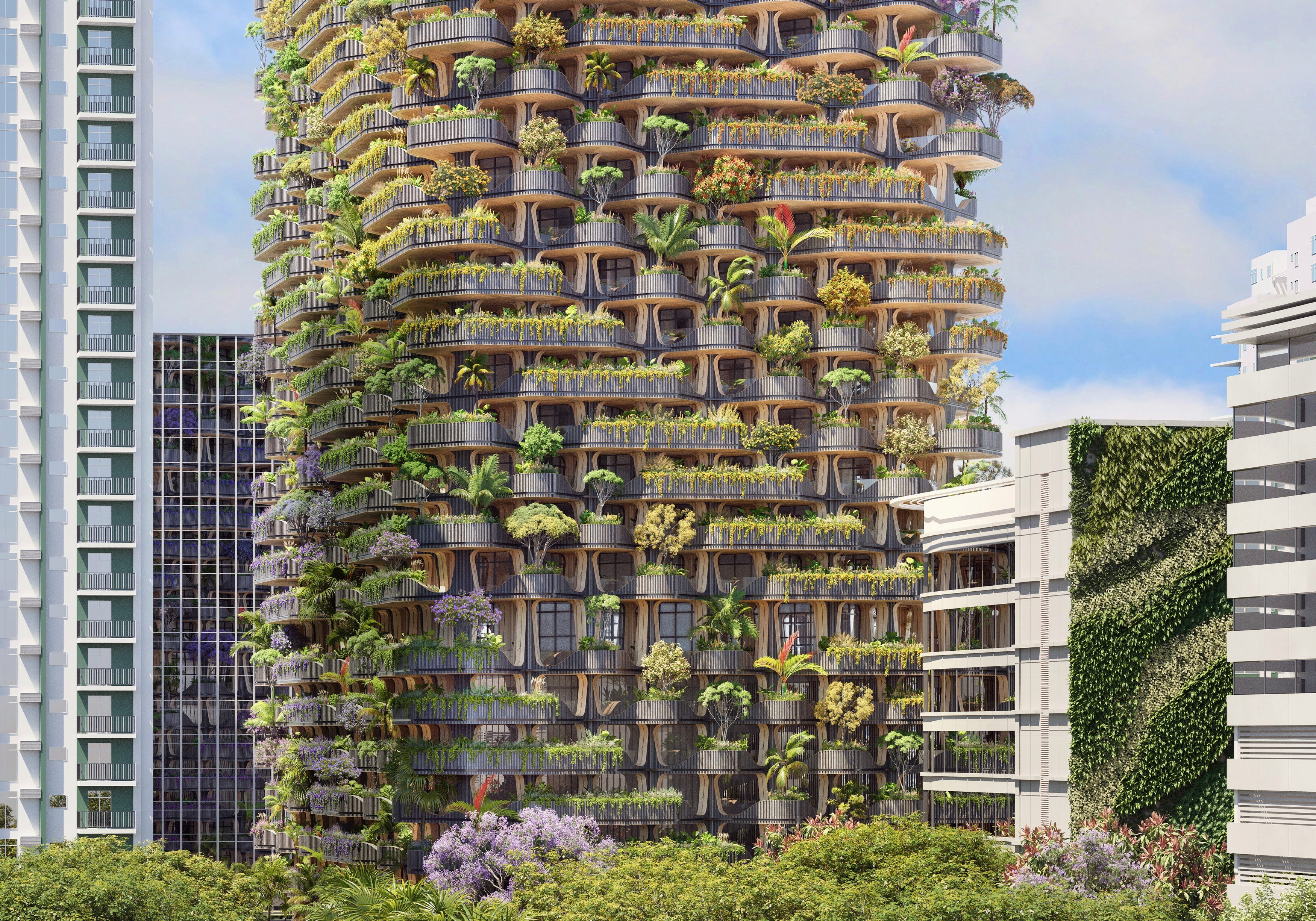 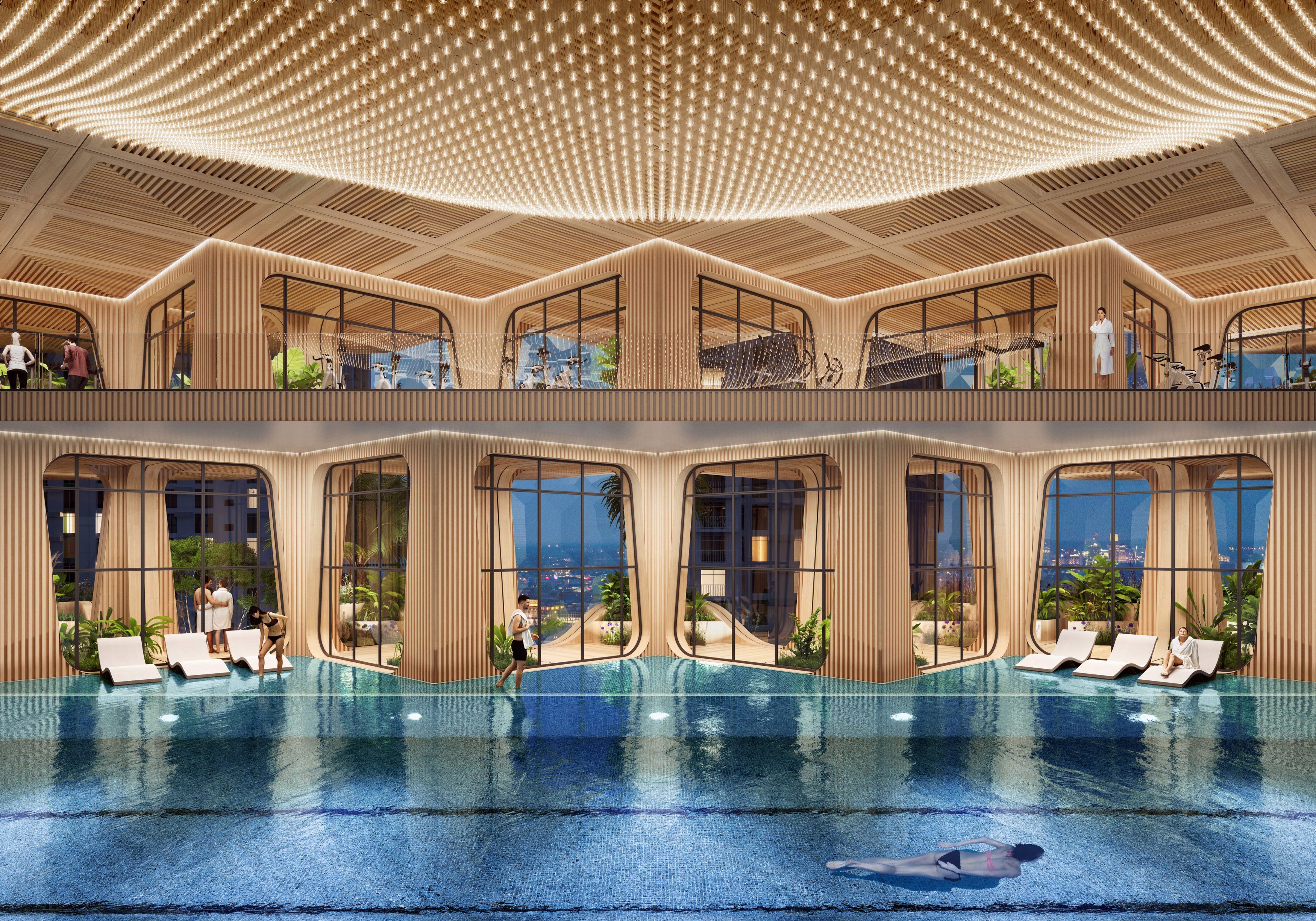 At 380ft, the 32-storey building can house hundreds of families and would be among the most environmentally friendly the world had ever seen due to its incredible eco-system.

Images of the plans, unveiled Wednesday by award-winning architect Vincent Callebaut, paint a picture of what flats could look like in years to come.

The "organic" Rainbow Tree has its own "sky farm", capable of producing a staggering 25,000kh kilos of fruit, vegetables, and algae and 2,500kg of fish per year.

Its 30,000 plants, shrubs, and trees on the tower will capture 150 tons of CO2 in the atmosphere every year and transform it into oxygen through natural photosynthesis. 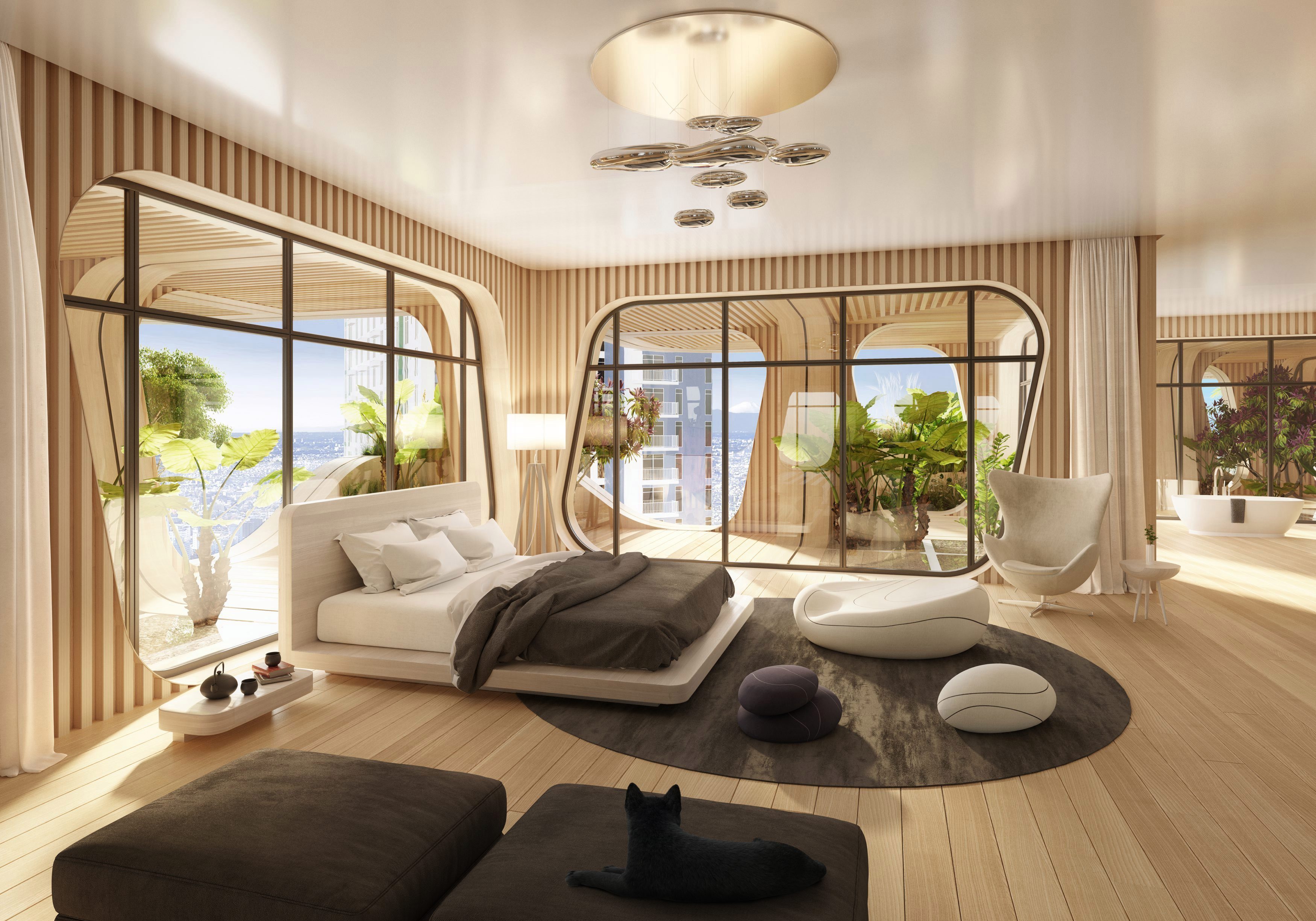 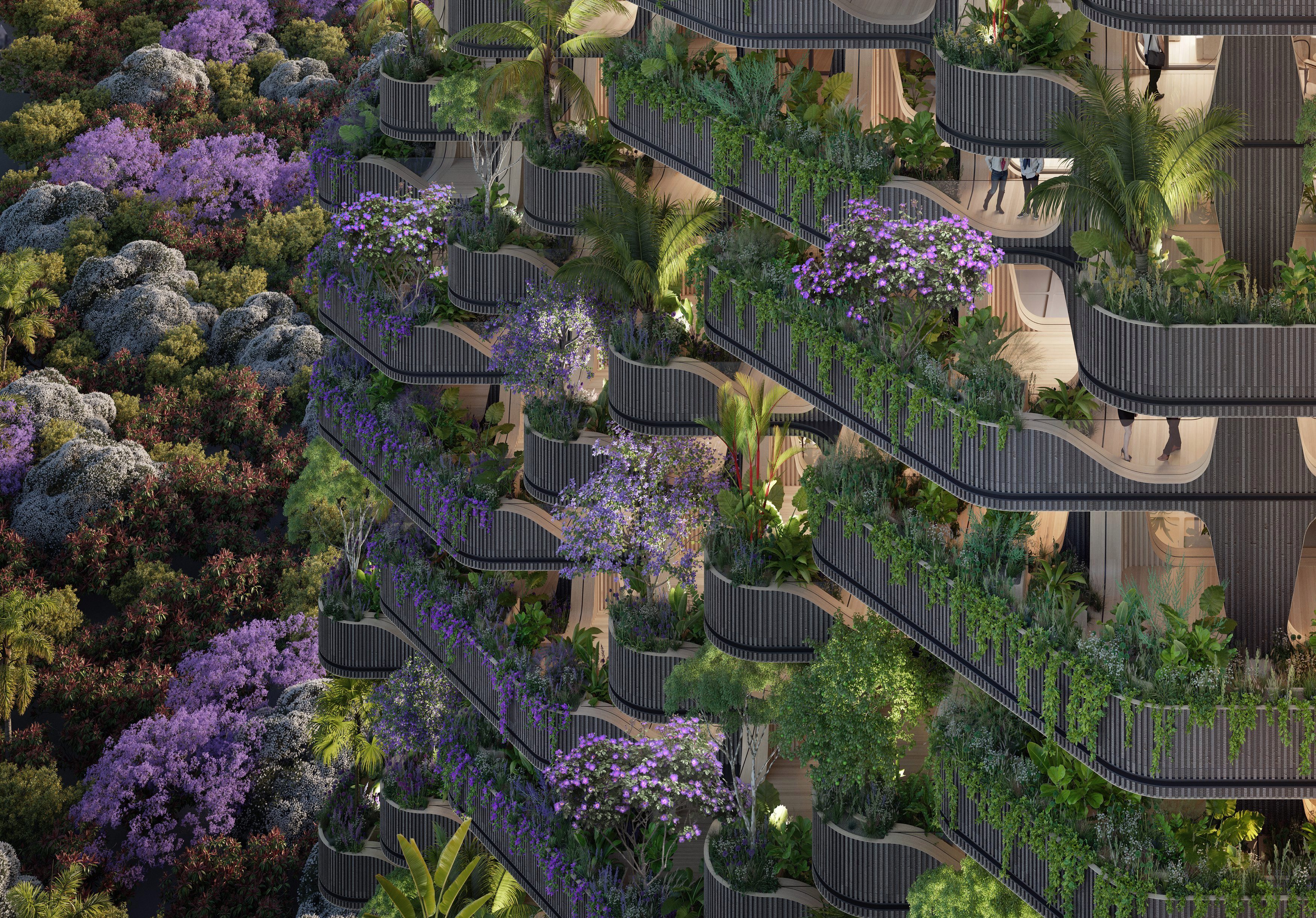 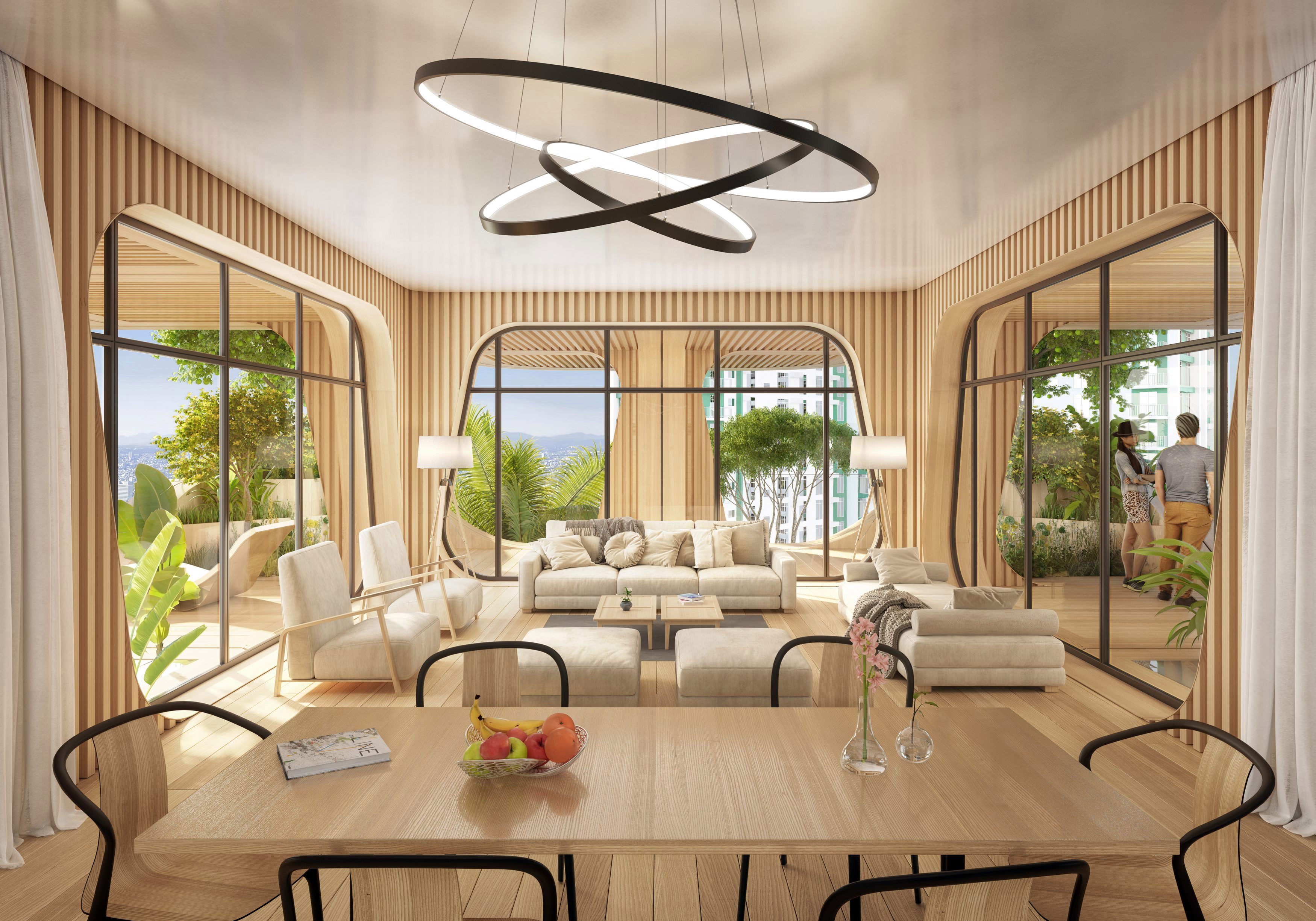 The architect, who predicts 80 per cent of the world will live in cities in 2050, said the building's aim is to improve the mental health of its residents.

He said: "Our biophilic architectures aim to improve the mental health of their inhabitants through the use of bio-based materials and the integration of hanging gardens offering everyone a haven of serenity in the heart of cities." 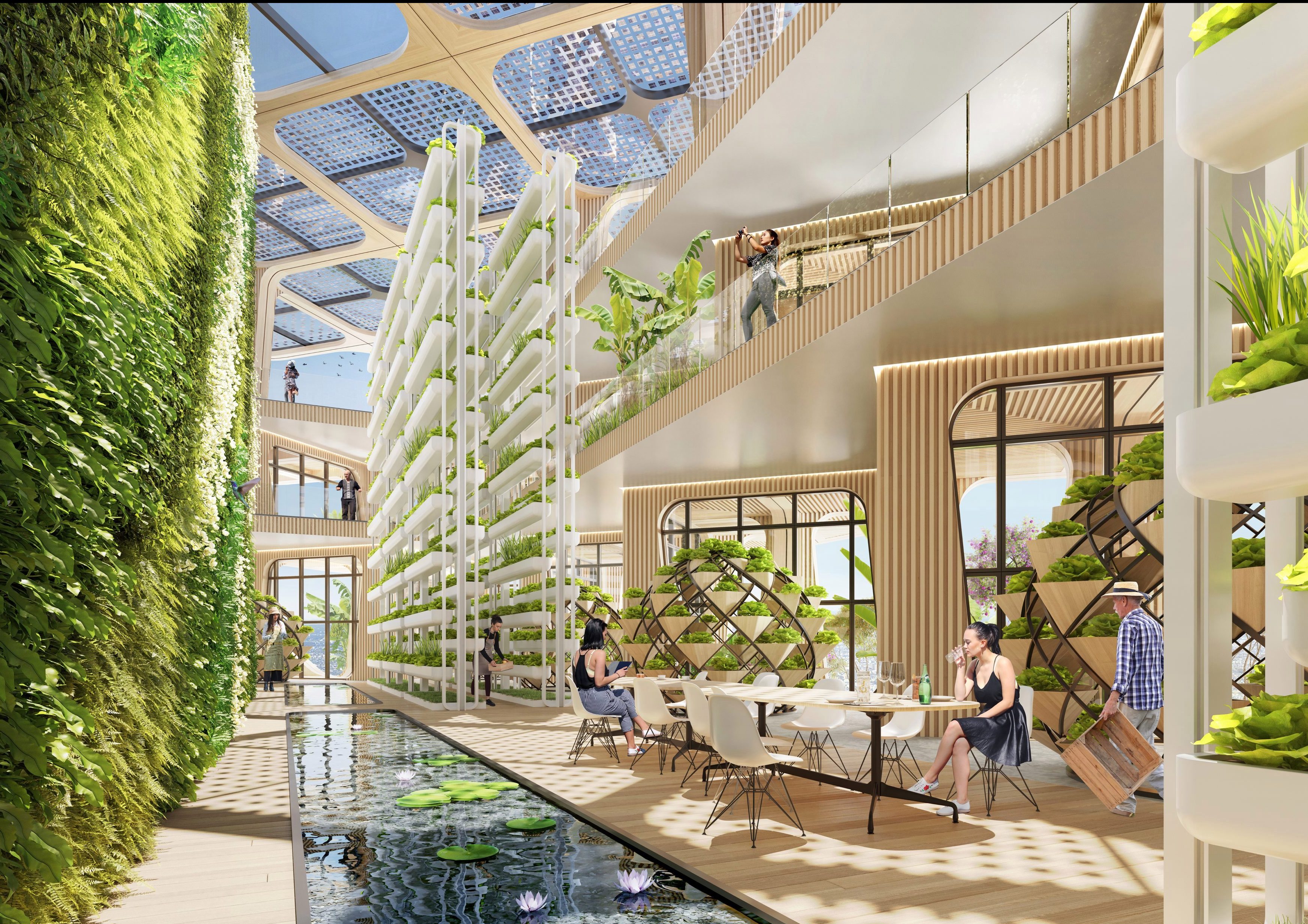 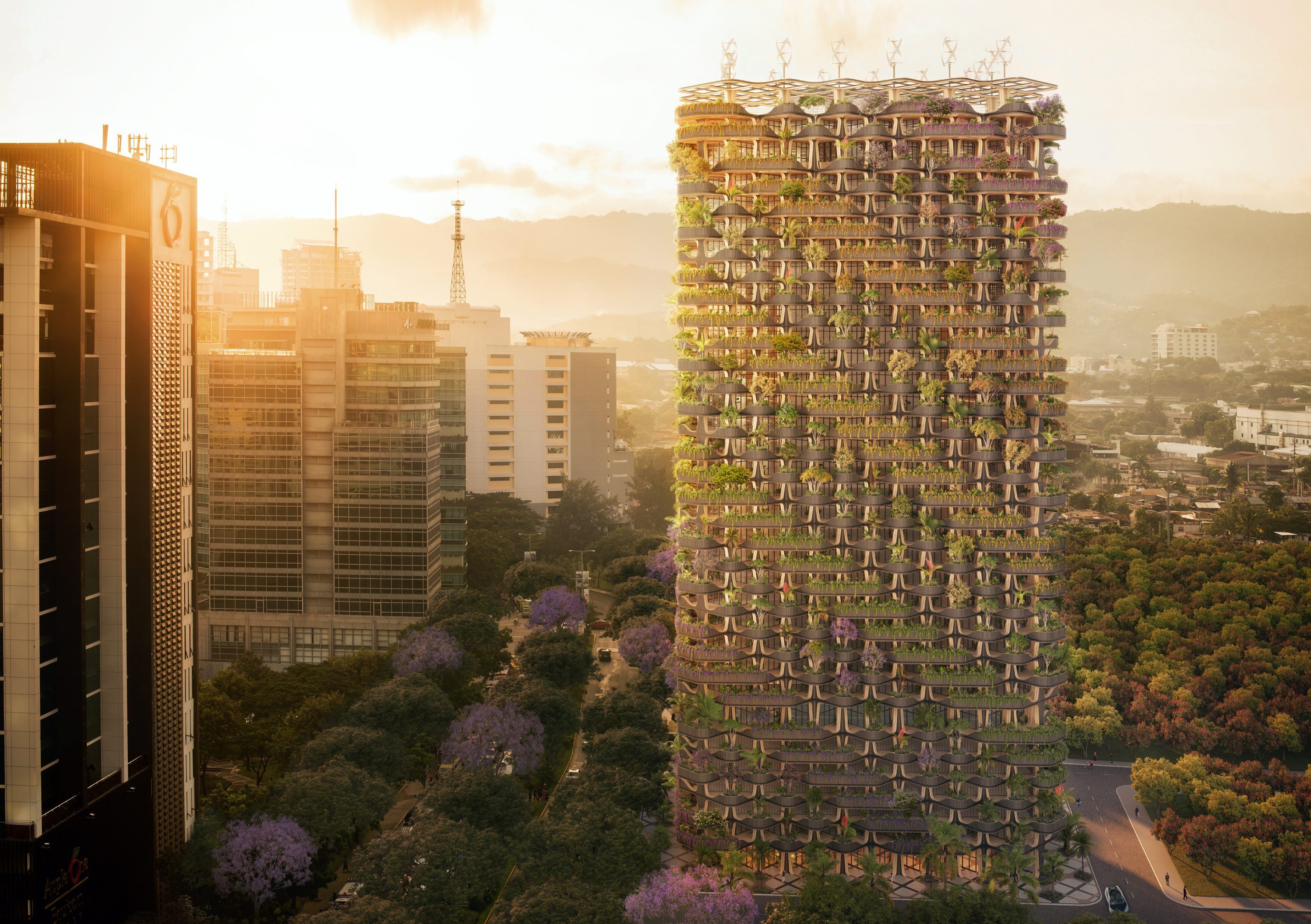 He added: "At a time when we need to find radical solutions to reduce the global carbon footprint, we have designed this tower built of solid wood as it is the only natural, abundant, and renewable material.

"This organic tower integrates the principles of passive bioclimatism and advanced renewable energies.

"We named it the Rainbow Tree because it is an ode to Eucalyptus Deglupta, also known as Rainbow Eucalyptus, an iconic and colourful tree from the Philippines." 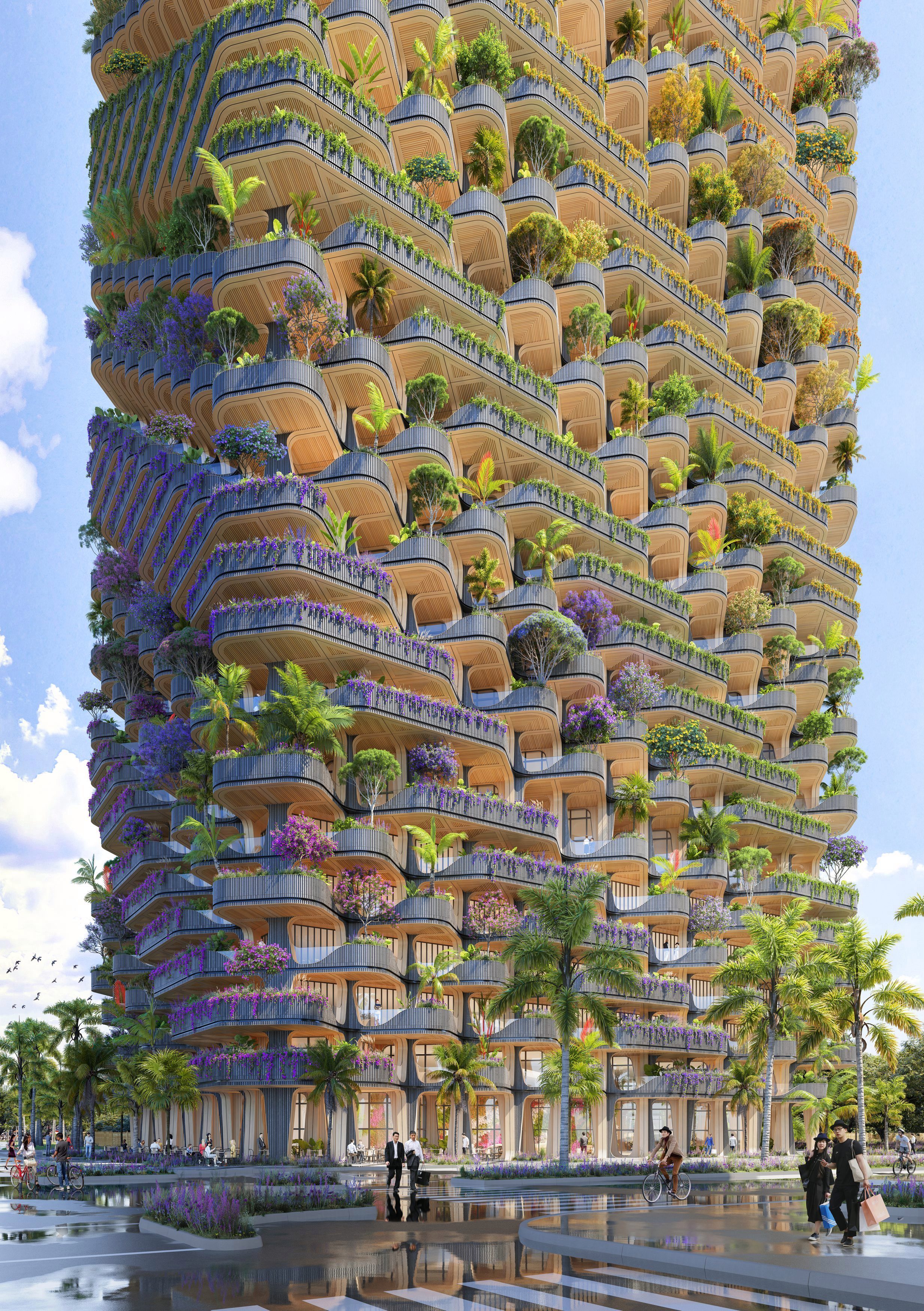 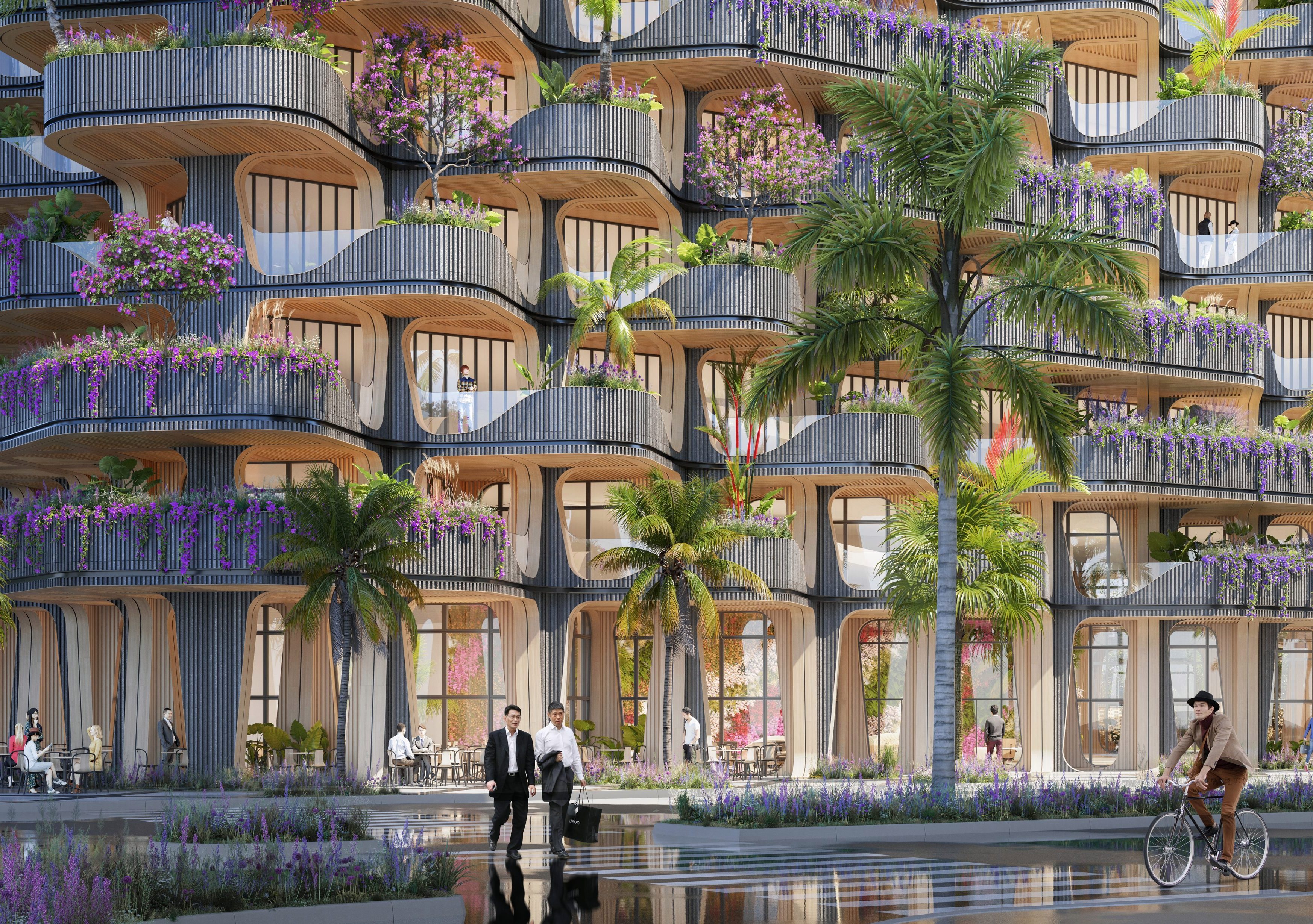 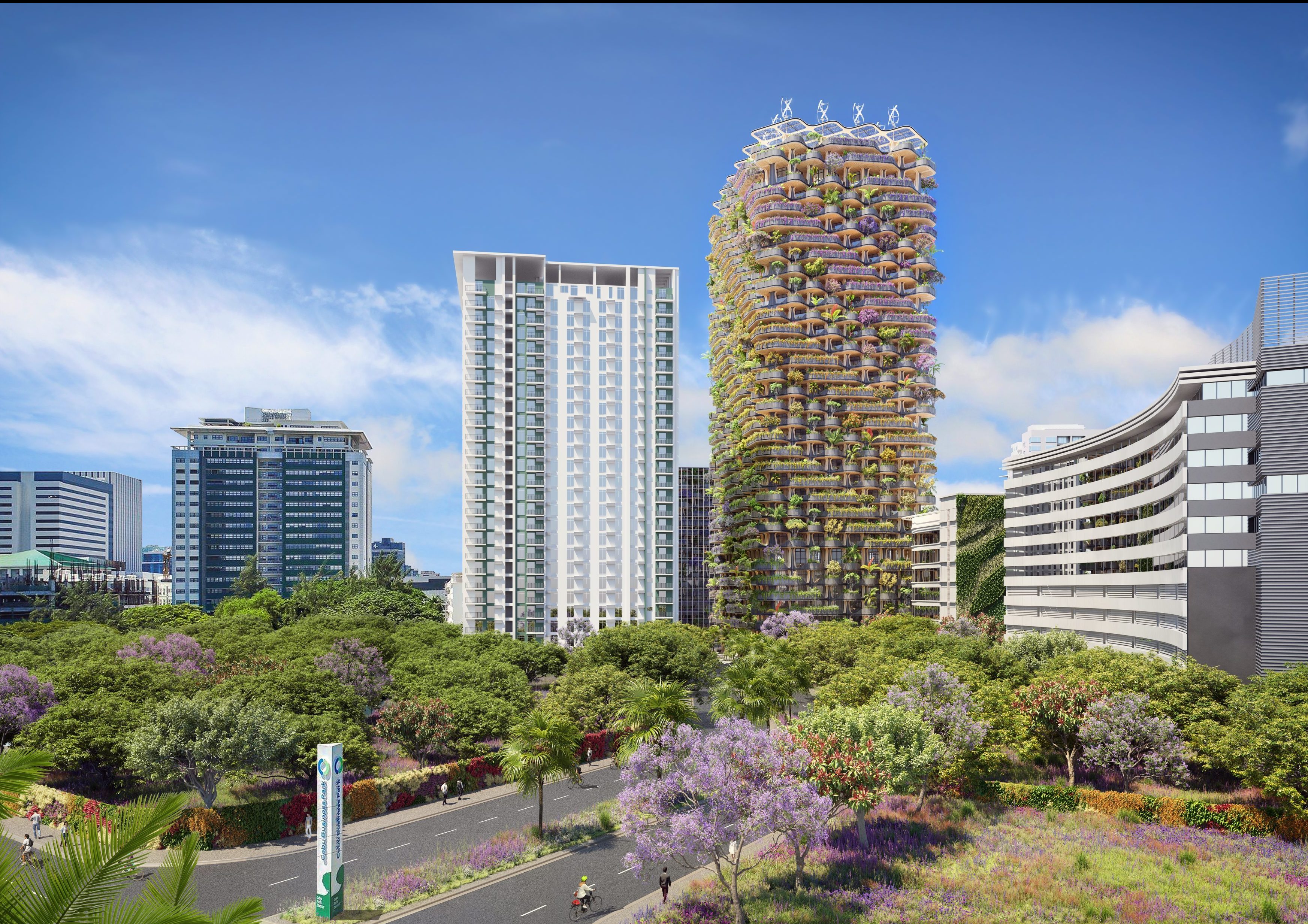 In other news, a Tesla-inspired apocalypse bunker was unveiled by architects earlier this year.

Nasa recently unveiled a giant inflatable pod that could one day float space-travellers to Mars in comfort.

The mega-cities of the future have been pictured in funky 3D designs.

What do you think of the “Bond villain” home? Let us know in the comments!