Schumer to use Jan. 6 anniversary to make push for federal voting rights bill

Senate Majority Leader Chuck Schumer is using the one-year anniversary of the Jan. 6 attack on Capitol Hill to stress the importance of passing, what he described as, “urgently-needed” federal voting rights legislation.

Schumer, before the holidays, announced to colleagues that when Congress resumed in January, the Senate, “as early as the first week back,” would consider voting rights legislation.

In a letter to Senate Democrats Monday, Schumer, D-N.Y., reflected on the attack on Capitol Hill last year, describing it as a “naked attempt to derail our Republic’s most sacred tradition: the peaceful transfer of power,” and pointed to the Senate’s plans to consider election legislation.

President Joe Biden holds a meeting on infrastructure with labor and business leaders at the White House on July 22, 2021.
(REUTERS/Jonathan Ernst )

“Domestic violent extremists sought to inflict chaos and violence,” Schumer wrote. “Fueled by conspiracy and the ravings of a vengeful former President, they sought to destroy our Republic. Our democracy held – for now.”

Schumer added that “attacks on our democracy have not ceased,” but “accelerated,” saying Republican officials in states across the nation have “seized on the former President’s Big Lie about widespread voter fraud to enact anti-democratic legislation and seize control of typically non-partisan election administration functions.”

It is unclear which Republicans in which states Schumer was referring to in his letter, but he claimed their actions were intended to “unwind the progress of our Union, restrict access to the ballot, silence the voices of millions of voters, and undermine free and fair elections.”

Schumer said Senate Democrats, this week, would “make clear that what happened on January 6th and the one-sided, partisan actions being taken by Republican-led state legislatures across the country are directly linked, and we can and must take strong action to stop this anti-democratic march.”

“Let me be clear: January 6th was a symptom of a broader illness – an effort to delegitimize our election process, and the Senate must advance systemic democracy reforms to repair our republic or else the events of that day will not be an aberration – they will be the new norm,” Schumer wrote. “Given the urgency of the situation and imminence of the votes, we as Senate Democrats must urge the public in a variety of different ways to impress upon their Senators the importance of acting and reforming the Senate rules, if that becomes a perquisite for action to save our democracy.”

Schumer wrote that Senate Democrats have “fought back against these assaults, uniting behind comprehensive legislation that would address these threats to our democracy,” but wrote that the “common-sense solutions” have been “repeatedly blocked” by Senate Republicans. 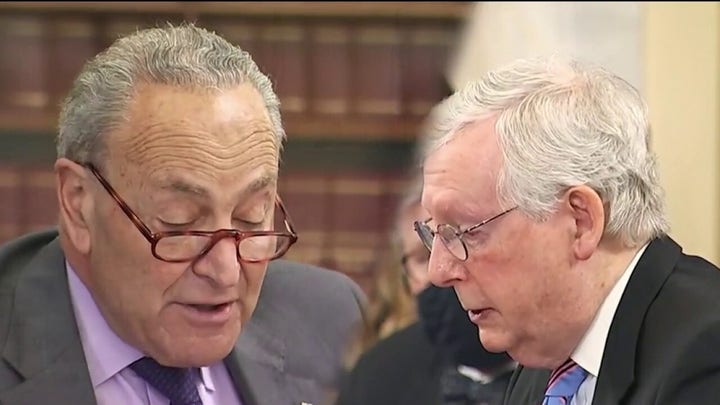 “In June, August, October, and once more in November, Republicans weaponized arcane Senate rules to prevent even a simple debate on how to protect our democracy,” Schumer wrote.

Schumer has repeatedly threatened that Democrats would explore ways to get rid of the filibuster, should Republicans continue to use the tool to block debate on the voting rights bill.

“The Senate was designed to protect the political rights of the minority in the chamber, through the promise of debate and the opportunity to amend. But over the years, those rights have been warped and contorted to obstruct and embarrass the will of majority – something our Founders explicitly opposed,” Schumer wrote. “The weaponization of rules once meant to short-circuit obstruction have been hijacked to guarantee obstruction.”

He added: “We must ask ourselves: if the right to vote is the cornerstone of our democracy, then how can we in good conscience allow for a situation in which the Republican Party can debate and pass voter suppression laws at the State level with only a simple majority vote, but not allow the United States Senate to do the same?”

The filibuster is a threshold of 60 votes in the Senate that’s necessary before a piece of legislation is given an up or down vote.

If Democrats wanted to establish a new filibuster precedent, they could do so with 51 votes – all 50 senators in the Democratic caucus plus Vice President Harris breaking the tie. 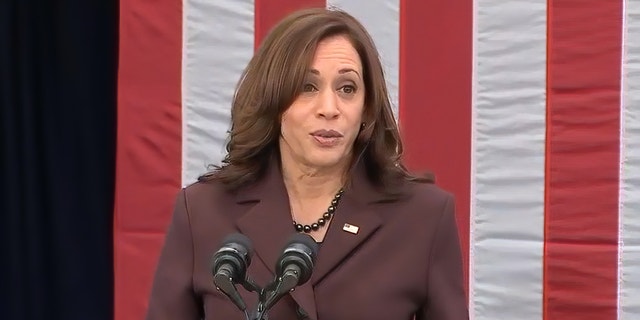 Biden in October said he was open to the possibility of altering or eliminating the filibuster in order to pass federal voting rights legislation.

Progressives have repeatedly called on Biden to support abolishing the filibuster to address election reforms. Republicans have used the filibuster to block votes on Democrat-backed legislation multiple times.

Schumer, though, said that “over the coming weeks, the Senate will once again consider how to perfect this union and confront the historic challenges facing our democracy.”

“We hope our Republican colleagues change course and work with us,” he wrote. “But if they do not, the Senate will debate and consider changes to Senate rules on or before January 17, Martin Luther King Jr. Day, to protect the foundation of our democracy: free and fair elections.”