The owner of some of the nation’s most-read newspapers, including the Herald Sun, The Daily Telegraph, The Australian and 24-hour news channel Sky News Australia will from mid-October begin a company-wide campaign promoting the benefits of a carbon-neutral economy as the world’s leaders prepare for a critical climate summit in Glasgow later this year. 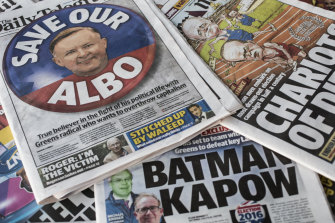 Rupert Murdoch’s global media empire has faced growing international condemnation and pressure from advertisers over its editorial stance on climate change, which has long cast doubt over the science behind global warming and has since 2007 attacked various federal government efforts to reduce emissions.

The unrelenting negative publicity peaked in global outlets such as The New York Times and Financial Times during Australia’s deadly bushfires almost two years ago, which triggered a comment from Murdoch’s youngest son, James Murdoch, who publicly denounced the outlets’ “ongoing denial” of climate change. Mr Murdoch quit the News Corp board last August, citing concerns about its editorial stance.

From October 17, the company will run a two-week campaign that will advocate for a carbon net zero target to be reached by 2050, which is expected to focus heavily on jobs in a decarbonised economy, particularly blue-collar industries such as mining, resources and agriculture. The campaign, according to multiple sources familiar with the plans who spoke anonymously because they are confidential, said it will be fronted by news.com.au columnist and former Studio 10 host, Joe Hildebrand.

Several sources said Sky News will support the cause which will feature across the metropolitan tabloids mastheads. The Hildebrand-led campaign will not appear in the national masthead, The Australian, they said, but the newspaper will continue to temper its editorial stance on the issue. 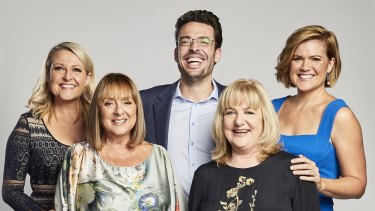 A plan has been devised to limit – but not muzzle – dissenting voices among News Corp’s stable of conservative commentators, who will be expected to reframe their political arguments both in print and on its subscription news channel, which now is also broadcast across regional Australia on free to air on WIN.

A spokesman for News Corp Australia declined to comment on Sunday.

The timing of News Corp’s campaign, which is expected to include a 16-page spread, coincides with the United Nation’s Climate Change Conference in November, where British Prime Minister Boris Johnson has encouraged wealthy nations to increase their emissions reduction ambitions.

The switch in editorial position will likely attract global attention, particularly in America, where the Murdoch’s media outlets, such as Fox News, have also been accused by Republican politicians of undermining global efforts on climate change. Mr Murdoch, now 90-years-old, also remains an influential figure in British politics, mainly through his newspapers The Sun and The Times. But his eldest son, Lachlan Murdoch, who is the co-executive chairman of News Corp, who is more involved in the newspaper business than his father. 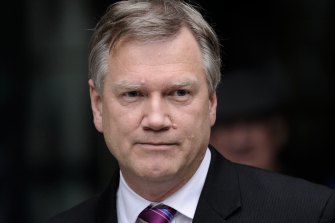 Both the British government and United States President Joe Biden’s administration have made direct pleas to Prime Minister Scott Morrison in recent weeks to commit to a net zero target by 2050 and consider increasing its 2030 target of reducing emissions by 26-28 per cent on 2005 levels.

Senior government sources with knowledge of internal negotiations between Mr Morrison and Deputy Prime Minister Barnaby Joyce, whose ascension as Nationals leader in June threatened to derail plans, are yet to reach an outcome, but both parties remain hopeful they will get what they want. Sources say increasing the 2030 target also remains an option.

Mr Morrison has subtly shifted his rhetoric on emissions reductions since his shock May 2019 victory, with the government now on the verge of adopting the once highly contentious target. Mr Joyce has been clear that he will not commit to greater targets of the 2050 deadline unless there is some form of protection or compensation for industries based in regional Australia, primarily agriculture.

The Morrison government has been privately briefed on News Corp plans by management, but both parties say there has been no collusion on the campaign. A government source, not authorised to speak on the record said it was a welcomed development but simply a corporate decision by the company.

Newspapers within the News Corp stable have for years taken aim at policies that reduce carbon emissions, and have been widely viewed in political circles as contributors in the downfall of prime ministers Julia Gillard, Kevin Rudd and Malcolm Turnbull. In the leadup to the 2019 election, The Daily Telegraph described Labor’s climate change policy under then leader of the opposition Bill Shorten as “Carbon Bill’s Green Whack” and the “lunchbox tax”.

However, sources within the organisation say the business is also feeling pressure from its major advertisers and its efforts to attract a greater subscriber base for some of its premium content.

Increasingly, leading corporations such as Woolworths, Macquarie Group and Telstra are pushing their green credentials. Even some mining companies have backed in net zero by 2050 as a growing number of banks, insurers and institutional investors accelerate moves to divest coal assets and pledged not to make new investments in the industry, over concerns about fossil fuel’s contribution to global warming. 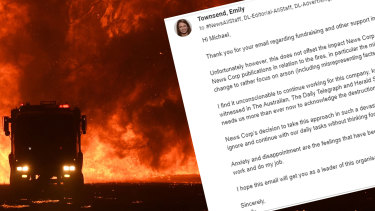 Emily Townsend said the News Corp bushfires coverage was “dangerous and damaging to our communities”.Credit:Nick Moir

People familiar with the company’s inner workings deny any editorial shift was designed to support or give cover to a particular political leader or to convince the public to change their mind. They say News Corp executives and editors have changed based on what the readers believe and want.

Data shows climate change policy is increasingly important to Australians. An exclusive survey, conducted for The Sydney Morning Herald and The Age by research company Resolve Strategic in June, found the majority of Australians want the federal government to cut greenhouse gas emissions to net zero by 2050.

The organisation’s climate coverage has also been a sensitive topic within its ranks, with former commercial finance manager Emily Townsend, firing off an all-staff email following her resignation last year, accusing the organisation of a misinformation campaign filled with “irresponsible” and “dangerous” coverage of the national bushfire crisis.

News Corp Australia’s executive chairman, Michael Miller said at the time he understood Townsend’s concerns, but did not agree with them.

“News Corp does not deny climate change or the gravity of its threat,” Miller said. “However, we – as is the traditional role of a publisher – do report a variety of views and opinions on this issue.”

However, the editorial position of the papers has slowly shifted since. After James Murdoch’s criticism, the NT News ran a front page with the headline: ‘Now is the time to discuss climate change’. Editorials in The Daily Telegraph and The Australian were more moderate, advocating for the climate change debate to be taken forward.

Our Breaking News Alert will notify you of significant breaking news when it happens. Get it here.