Evidence of the bizarre trinkets, which were hung up in homes and worn around people's necks, has been found at archaeological sites stretching from Italy to Israel. 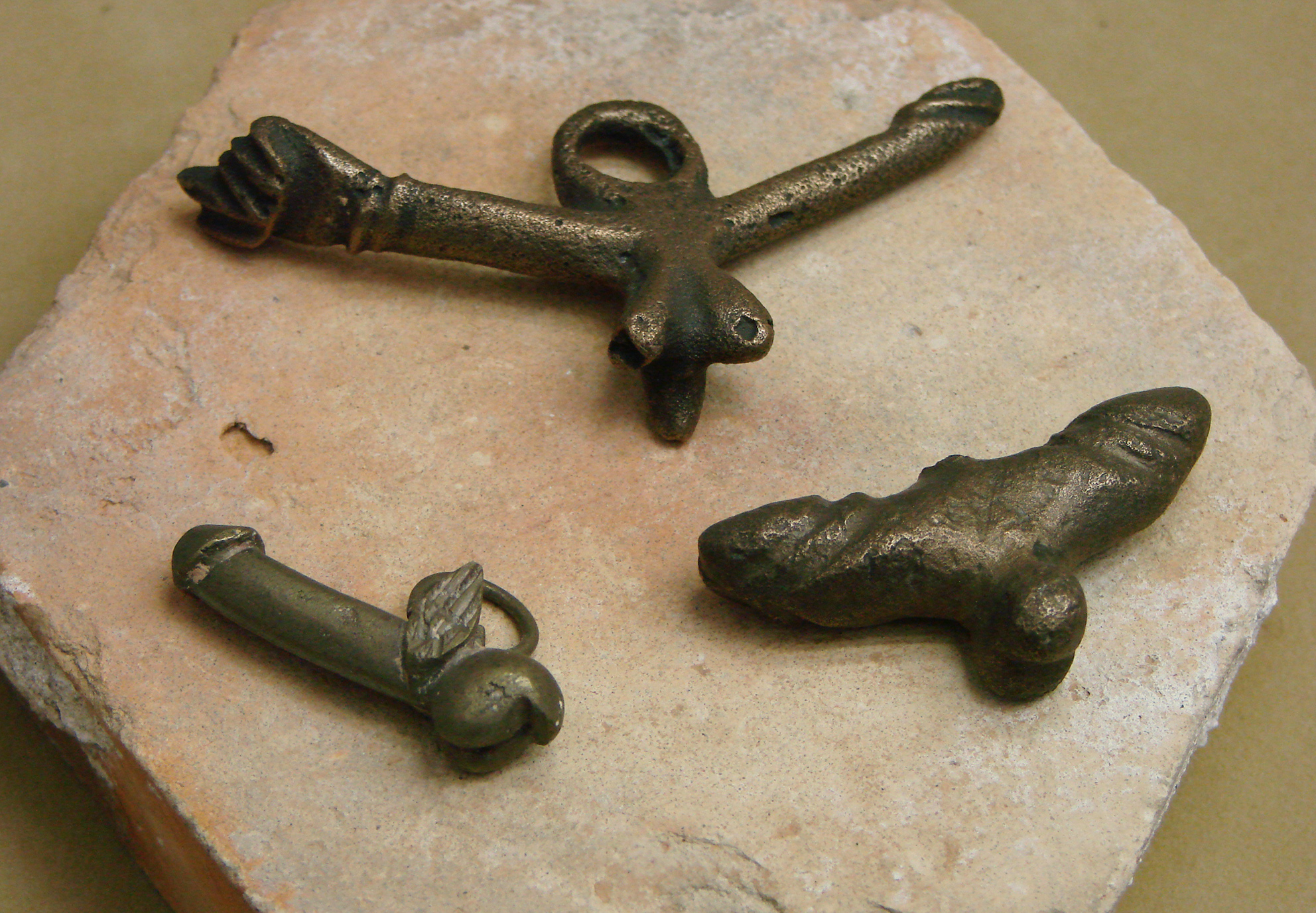 It was believed the phallus, often depicted with feathered wings, would give the owner divine power.

Phalluses were common symbols in Roman culture, particularly in the form of phallic charms, also called the fascinum.

"The sexual energy of the phallus was tied directly to its power in reproduction," classicist Anthony Philip Corbeill told Atlas Obscura in 2016.

Amulets and wind chimes shaped like flying penises have been found by plenty of archaeologists down the years. 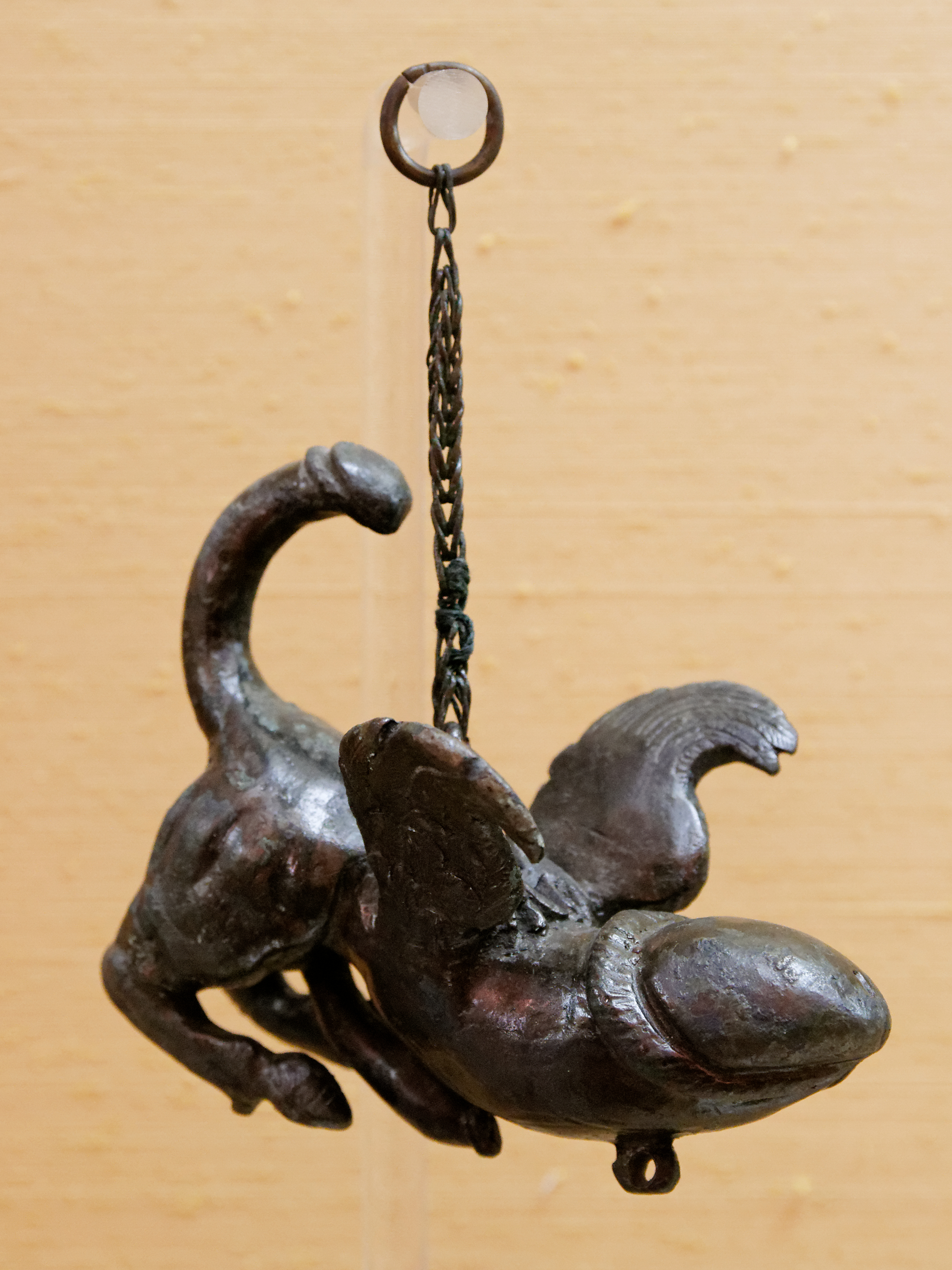 It's thought that young Roman boys wore them around their necks to broadcast their social status – such as whether  or not they were slaves.

Parents believed the amulets would keep children safe due to their links to the god Fascinus.

This was important because child mortality was high across the empire, with up to half of all Roman kids dying before the age of five, according to a Columbia University study.

It was understandable, therefore, that mothers turned to "divine" objects to protect their youngsters – even if those objects were shaped like a sex organ. 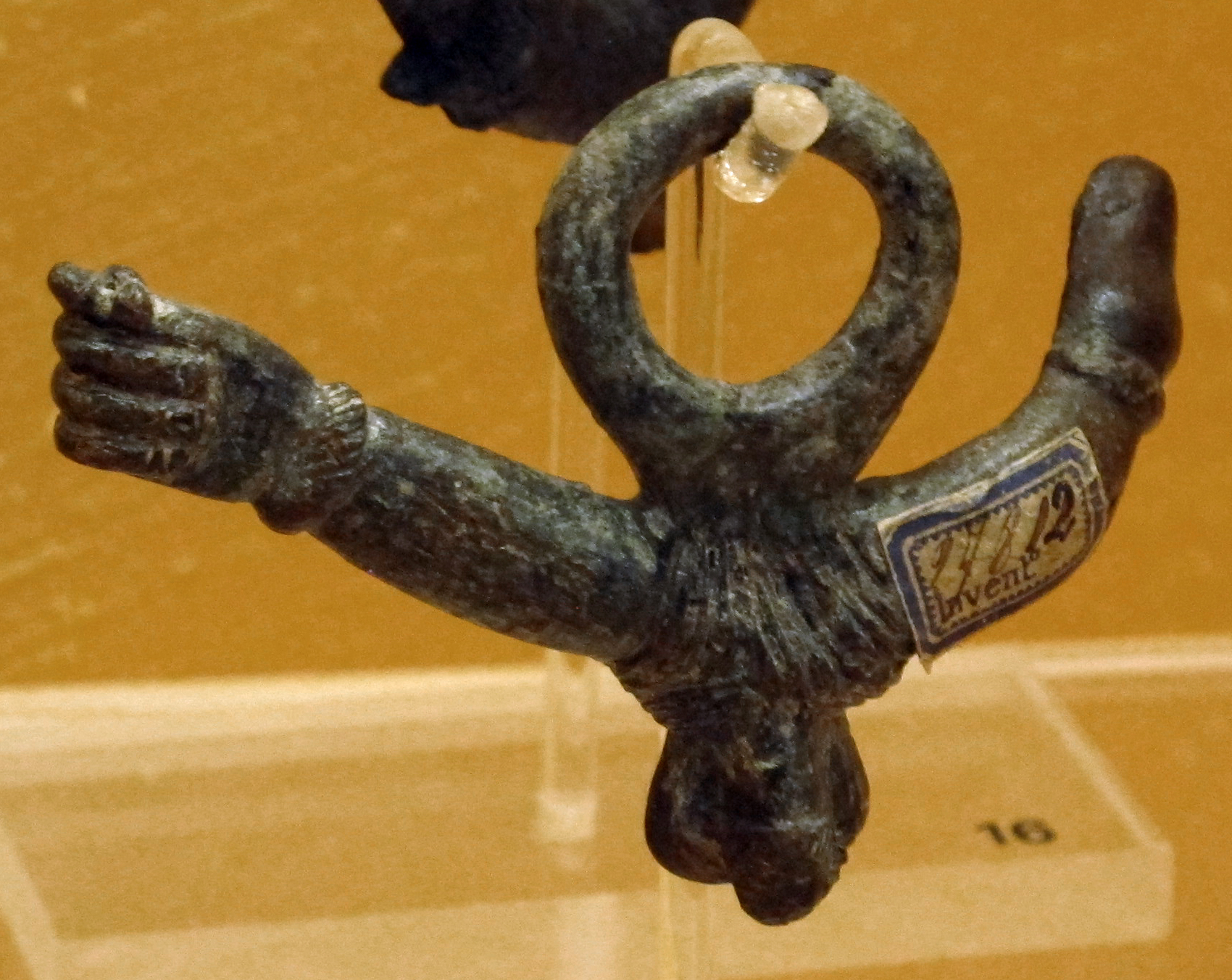 But as Roman philosopher and author Pliny the Elder noted in his Natural History, it wasn't just children who sported the rude curios.

He wrote: "Infants are under the especial guardianship of the god Fascinus, the protector, not of infants only, but of generals as well."

If a Roman general returned to his home city following a victory, for instance, he would often have a fallus hanging from his charity, according to Pliny the Elder.

He wrote: "It is the image of this divinity that is attached beneath the triumphant car of the victorious general, protecting him, like some attendant physician, against the effects of envy."

A brief history of the Roman Empire

It's believed the phallic amulets were sometimes given wings as it made them more effective at warding off evil.

Also, adding wings made them a throwback to the Ancient Greek gods, from whom the Romans co-opted some cultural and religious ideas.

The link may have spawned from differences in language.

"The Greek word for ‘wing’ also served as a euphemism for phallus," Erich Segal wrote in The Death of Comedy.

In other news, the posh grave of a suspected Iron Age warrior buried 2,000 years ago in Roman Britain was uncovered last month.

Ancient Chinese people gave their babies coneheads by moulding their skulls to show off how rich they were.

What do you think of the strange penis amulets? Let us know in the comments!