Retail carnage: Hundreds of stores close as 30,000 workers stood down

Huge numbers of Australian retailers will shut their doors this week as pressures from the coronavirus on their businesses continue to mount, with a raft of major companies announcing mass store closures on Thursday.

Retail veteran Solomon Lew's Premier Investments told investors it had "no choice" but to temporarily close all of its retail stores until April 22, standing down over 9000 staff worldwide bar a small number of head office employees. 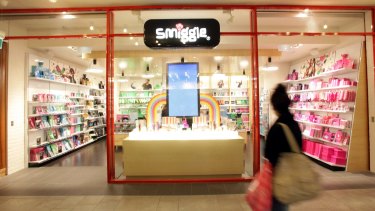 Premier, which owns Smiggle, will close its stores and stand down 9000 staff globally.Credit:Adam McLean

The company will also stand down its entire executive team, which will work from home during the period for either no pay or reduced leave entitlements.

Premier intends to pay no rent across any of its stores during the period, continuing the company's hardline stance against landlords. Seventy per cent of its store leases either expire this year or are in holdover, providing the company with "extraordinary" flexibility.

"This is the hardest decision ever made by Premier- our team are our family and we want to do everything we can to keep them employed, but we believe that it is necessary and the right decision for them, their families, our customers, and the country," chief executive Mark McInnes said.

Accessories retailer Lovisa will also close almost all of its 400 stores across the globe, with Singapore the only market continuing to trade, and stand down its entire retail workforce. Some head office workers will also face redundancies as the company looks to support a "much smaller" business.

Accent Group, which owns a number of footwear brands including Athlete's Foot, Skechers, Timberlands and Platypus, will also shut its stores for four weeks.

Over 5,000 employees will be stood down with access to leave, with Accent's chief executive Daniel Agostinelli saying the decision was made with a "heavy heart".

RAG Group, which owns brands such as Tarocash, YD and Connor, will also close over 500 stores from 5pm on Friday, standing down 3000 team members. 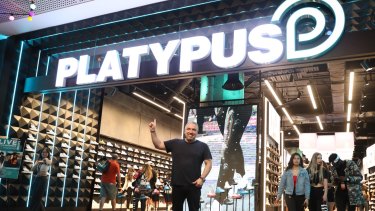 General Pants stores will also shut across the country, as will all 150 stores owned by retailing group Factory X, which include Gorman, Dangerfield, Princess Highway and Jack London.

Earlier this week, Michael Hill Jewellers announced it would shut its 300 stores across the globe, including 165 Australian locations, and yesterday Mosaic Brands shuttered nearly 1400 shops in Australia, standing down 6,800 employees.

Well over 30,000 employees have already been affected by the retail shutdowns, with more closures expected by the end of the week.

A number of listed retailers also pulled the pin or deferred paying their dividends, with Lovisa postponing its 15 cents a share dividend until September, and Super Retail Group ditching its 21.5 cent dividend altogether.

Super Retail, which owns Supercheap Auto, Rebel Sport, Macpac and BCF, has largely benefited from the coronavirus outbreak, with sales at Supercheap and Rebel up over the past five weeks as more shoppers prepare for the worst.

Personal fitness and gym equipment have also run out the door at Rebel as the closure of gyms across the country increases demand for home exercise equipment.