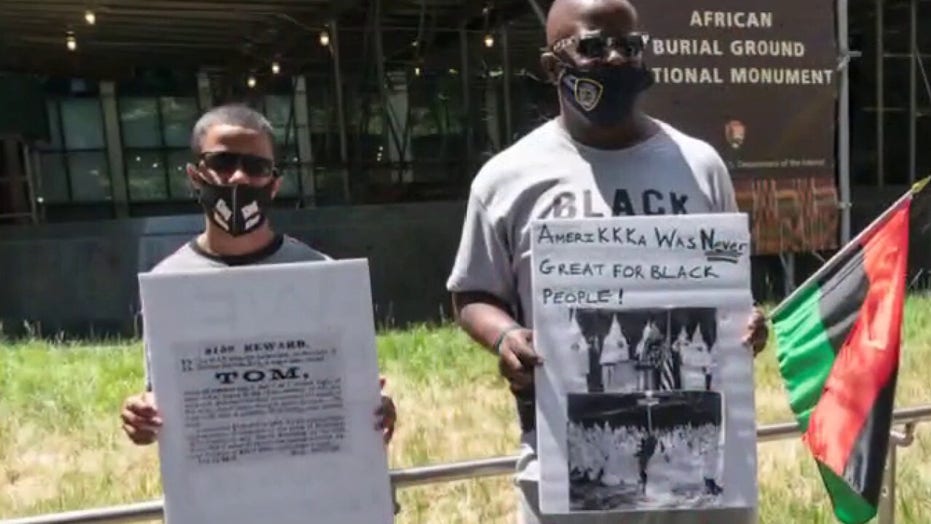 Various researchers used mathematical formulas based on inflation and hours worked as slaves and other measures; reaction from Charles Love, author of ‘We Want Equality.’

Rep. Sheila Jackson Lee, D-Texas, has reintroduced legislation that would fund a commission for studying and developing proposals for giving reparations to African Americans.

"The commission shall examine slavery and discrimination in the colonies and the United States from 1619 to the present and recommend appropriate remedies," the legislation reads. It would specifically examine the role of governments in supporting slavery, discrimination that freed slaves encountered, and the "lingering effects of slavery on living African-Americans and society."

The bill was originally introduced in January of 2019 but made a comeback earlier this week as the 117th Congress took office. Reparations have become an especially controversial topic in the past year and encountered pushback from Congressional Republicans.

With Democrats' recent wins in Georgia's Senate races, it appeared as though the bill had a better shot at succeeding. In the House, the bill has 147 Democratic co-sponsors.

"The impact of slavery and its vestiges continues to affect African Americans and indeed all Americans in communities throughout our nation," Jackson Lee said, according to The Washington Informer.

Senate Majority Leader Mitch McConnell, R-Ky., previously panned the idea, saying it wasn't a good idea to impose reparations "for something that happened 150 years ago, for whom none of us currently living are responsible."

He also indicated the country had already taken steps to address the legacy of slavery.

"We tried to deal with our original sin of slavery by fighting a Civil War, by passing landmark civil rights legislation, elected an African American president," he said in 2019. "I don't think we should be trying to figure out how to compensate for it. First of all, it would be hard to figure out whom to compensate."

While it's unclear how much a reparations package would cost, Black Entertainment Television founder Robert Johnson has offered his support for a $14 trillion proposal. It would deliver $350,000 in direct cash payments to African Americans over the course of 30 years.

China’s Economy Picks Up in January, Building on 2020’s Recovery