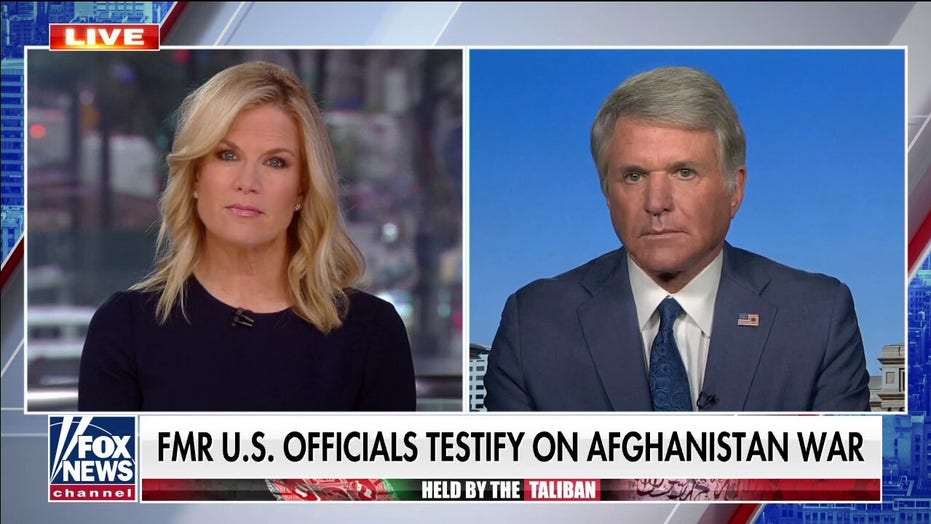 Rep. Michael McCaul, R-Texas, speaks out on the imprisonment of Lt. Col. Stuart Scheller, who was released from the brig at Camp Lejeune in Jacksonville, NC, on Tuesday.

The top Republican on the House Foreign Affairs Committee said Tuesday it is sadly ironic that a Marine lieutenant colonel was being held in the brig at a Jacksonville, N.C., base for speaking “truth” against the failures of his superiors, while no officials further up the chain have been held accountable for their multiple and continuing failures in regard to Afghanistan.

Ranking Member Rep. Michael McCaul, R-Texas, told “The Story” that President Biden’s botched Afghanistan withdrawal should be rated an “F” in terms of the evacuation, as dozens of Americans remain stranded under Taliban rule in the war-torn country.

While Lt. Col. Stuart Scheller Jr., a 17-year veteran of the U.S. Marine Corps, was released from the brig at Camp Lejeune in Onslow County, N.C., under terms of an agreement between him, his counsel, the commanding general and training command, McCaul said he never should have been there in the first place.

Scheller has since been fired from his command at Lejeune, and a hearing has reportedly been delayed until next week.

“I think it’s ironic that this … Marine is facing charges for speaking the truth about his government that they let him down, that they failed the American people and the Afghan people in this evacuation –  and yet nobody is held accountable in this administration,” McCaul told host Martha MacCallum.

“I have launched an investigation into what happened. How did in get so bad and so wrong? We have an active investigation going on.”

McCaul added he is hopeful that his committee’s chairman, Rep. Gregory Meeks of Queens, N.Y. will work with him in his probe, citing what he said to be 150 years of procedural privilege in that regard.

“The fact is, people need to be held accountable. The American people want the truth in terms of what happened. We have hundreds of Americans left behind. Our partners left behind. Thousands of green card holders left behind. Our Afghan partners are now — that risk their lives – are now probably going to be executed,” McCaul predicted.