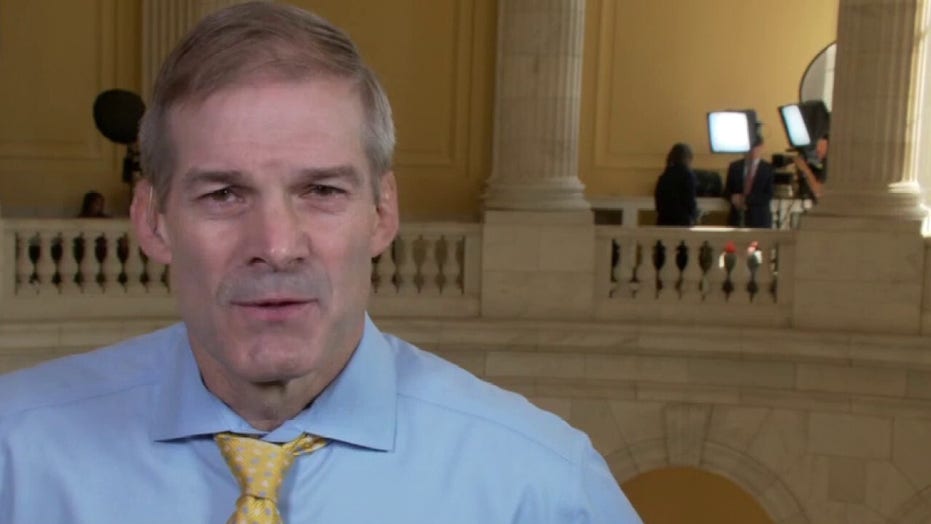 Ohio Rep. Jim Jordan fired back at House Speaker Nancy Pelosi Tuesday for rejecting his seat on the Jan. 6 House commission following its first day of hearings on Capitol Hill.

Jordan was rejected along with Rep. Jim Banks from Indiana – two strong allies of former President Donald Trump – from joining the committee formed to investigate the cause of the Jan. 6 Capitol riot and offer recommendations on preventing future violence.

After Day One of what is likely to be a politically charged and contentious several months focusing on the violent incident, Jordan said he believes Pelosi chose not to include him on the committee because of an uncomfortable accusation he made against the House Speaker a week earlier.

“It was a terrible day. And the people who did wrong need to be held accountable,” Jordan told “Special Report” host Bret Baier. ” The real question is, and I’ve said this many times, why weren’t those guys who testified today and all the other Capitol Hill police who protect us and protect Capitol Hill, why weren’t they given more help?”

“Why wasn’t more help there that day? And the only person who can answer that question is the Speaker of the United States House of Representatives. And I think she thought we were going to keep raising that question,” he continued, “and that’s why she didn’t put me on.”

The outspoken GOP lawmaker pointed to so-called “reports” suggesting that Pelosi hesitated to call in the National Guard on the day of the riot over “optics” concerns.

Pelosi as Speaker does not directly oversee the U.S. Capitol Police (USCP), according to the Associated Press, but does appoint the House sergeant-at-arms, who is on the Capitol Police Board that oversees the department. The department is also overseen by committees from both houses of Congress.

Jordan emphasized that he is not “blaming anyone for what happened that day except the people who did wrong.

“Those are the people to blame. And guess what? They’re being prosecuted just like our system is supposed to work,” he told Baier.

But, he continued, “We’re just asking a fundamental question… why wasn’t there a proper security posture on January 6, and what have we done to correct that? And to make sure it doesn’t happen in the future. I think those are fundamental questions. It’s not about blame. The blame resides with the people who did wrong. They should be prosecuted and they are being.”

Jordan made the comments after four police officers who defended the Capitol from the pro-Trump mob criticized the former president and Republicans who are loyal to him for allegedly inspiring and then downplaying the attack.

Jordan said that while he “believes” Capitol Hill police and supports their work,  he is certain the committee is “out to get the former president.”

“That’s why I think we were kicked off the committee, which I think underscores how political this thing actually is,” he said.

“And, I would argue this: The main reason the Democrats want to keep talking about January sixth, because what the heck else are they going to talk about?” Jordan said.