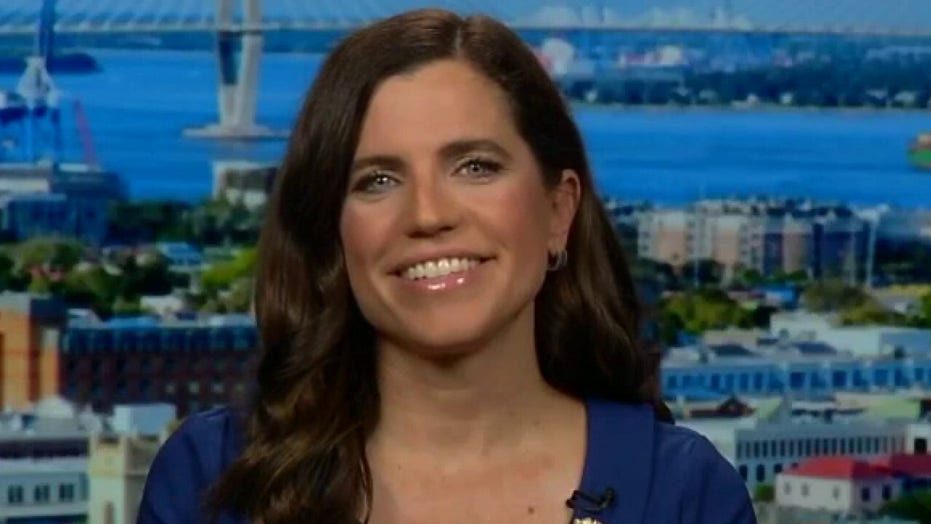 Rep.-elect Nancy Mace, the first woman to graduate from The Citadel military college, still suffers lingering effects from a serious bout of coronavirus this summer and cautions others to take the disease seriously.

Mace, who won back South Carolina's 1st District for Republicans, arrived in Washington wearing a face mask with her last name embroidered in bright block letters.

Not only did the "MACE" mask serve as a helpful pandemic-era nametag during congressional orientation, but it sent a message that masks are a priority to her.

"It's just important to set an example. I don't believe in the government mandating it per se, I believe it's incumbent upon us to keep each other safe and protect each other," Mace told Fox News in a recent interview in Washington. "If everybody wore one, then the transmission percentage is statistically very low."

Mace, an active and healthy 43-year-old divorced mother of two, tested positive for COVID-19 on June 23. She said her blood oxygen level dipped to 87 at one point and her breathing was so labored her son called her "Darth Vader." She avoided getting steroid treatment at the hospital, which in retrospect Mace thinks was a mistake, as she was ill for another three months with so-called "long hauler" symptoms.

"The long hauler thing is a real thing," Mace said. "And I feel for anybody that goes through that situation because I had swollen ankles for a month. I had chest pain for a month. I had depression and chronic fatigue for three months."

The symptoms hit in the midst of a highly competitive campaign to win back the coastal Charleston district. Mace said she couldn't get through a day without taking an afternoon nap of one to two hours, which posed an "incredible challenge" for the working mom. 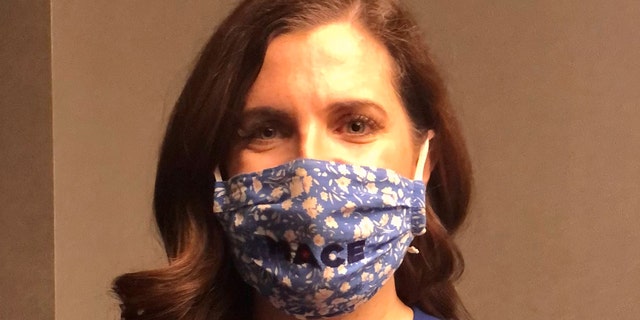 Even now, Mace, an avid cyclist, has been unable to resume a rigorous exercise schedule. She can walk three miles, but she lamented last month that she hasn't been able to break an 18-minute pace yet.

Mace wore masks publicly prior to getting sick and she's unclear how she contracted COVID. Still, she wants to help others lower the risk of experiencing what she did, so she's touted coronavirus precautions wherever she goes.

TEXAS REP.-ELECT BETH VAN DUYNE SAYS OBAMACARE WAS 'ONE OF THE BIGGEST LIES' OF HISTORY

Her sister embroidered at least 100 of the "MACE" face coverings during the campaign that also turned into cute campaign swag for volunteers.

Mace has hand sanitizer hanging from her purse for easy access. Inside her bag, she travels with at least three extra masks in case she encounters someone without one. On the campaign trail, she said she limited capacity at her gatherings and preached social distancing.

Mace's diligence about coronavirus stands out in the party as many Republicans, especially President Trump, spent much of 2020 reluctant to wear masks and flouting coronavirus restrictions by holding large in-person gatherings without social distancing. Even within her freshman class, Rep.-elect Marjorie Greene, R-Ga., arrived in DC condemning masks as "oppressive."

As a pro-mask Republican, Mace experienced blowback at times. 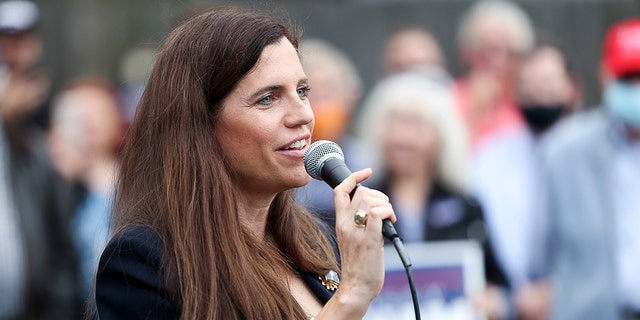 "There are folks that don't want you to wear your mask, but I always say: 'My body, my choice.' I choose to wear my mask," Mace said. "If I can't be distant from you or if we're not having a meal together, I will be in my mask. … I was really, really sick, and I don't ever want to get it again."

Mace is among at least five incoming House freshmen who have contracted coronavirus, which has killed 315,000 Americans.  At least 38 current House members were infected as well as seven sitting Senators and the president. Their experiences with the disease ranged from being asymptomatic to hospitalization.

Her Democratic rival in the South Carolina race, Rep. Joe Cunningham, also got coronavirus back in March but experienced mild symptoms.

Mace's journey to Congress is one of shattering barriers and second chances.

She grew up in Goose Creek, S.C. Her father was a Citadel graduate and a decorated retired Army brigadier general. Her mom is an educator who graduated with a master’s degree in teaching from The Citadel Graduate College, where unlike the cadet program, women have attended since the 1960s.

Her mom was teaching at Mace's high school when she dropped out at age 17 feeling dejected about the future. Mace found herself working as a waitress at a nearby Waffle House where she recalls standing on a piece of duct tape in the kitchen calling out hash brown orders to the cooks.

When Mace set out to attend the Citadel, it wasn't with the intention of making history. Rather after her setbacks, she wanted to prove to her parents that she could be successful. She graduated from the Corps of Cadets in 1999 with nearly a 4.0 GPA and later wrote a book about her experience as the first female to do so.

She left the Citadel armed with important life lessons about courage and grit, and that "as a woman, you have to work twice as hard to be seen as equal," she said. 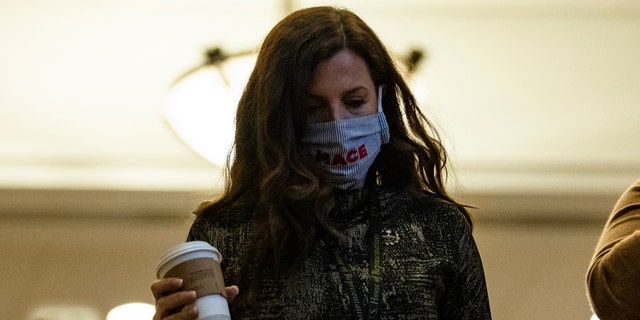 Mace went on to earn a master's in mass communications from the University of Georgia in 2004. As a young mom in 2008, she started her own public relations consulting business, the Mace Group, to work from home with her children.

That role sparked her interest in politics when she was hired to program the 2010 campaign websites for now-Sen. Tim Scott and former Rep. Mick Mulvaney when they first ran for Congress, she said. Mace later got her real estate license and made a living in commercial sales.

Mace launched her political career in 2014 with a primary challenge against powerful Sen. Lindsey Graham, R-S.C., a move she admits was "ballsy" for a 35-year-old novice. She got 6% of the vote in a seven-way primary, but the experience fortified her for future success. Mace won a state House seat in 2018.

During the congressional race, she campaigned as a fiscal conservative who supports active duty and retired military and a secure border. She also ran as a conservationist who wants to permanently ban offshore drilling.

Mace shocked the nation when she beat Cunningham in a seat that was rated "lean Democratic." She was outspent by Cunningham, but despite her fatigue from coronavirus she was determined not to be outworked.

"We made possible what so many said was impossible," Mace said.

Mace made history again as the first Republican woman to be elected to Congress from South Carolina. She joins a record-breaking freshman class of at least 17 GOP women. The number could swell to 19 when two final races are called in Iowa and New York.

"Democrat women don't have a monopoly on breaking glass ceilings and shattering barriers," Mace said. "Republican women have been doing it all their lives." 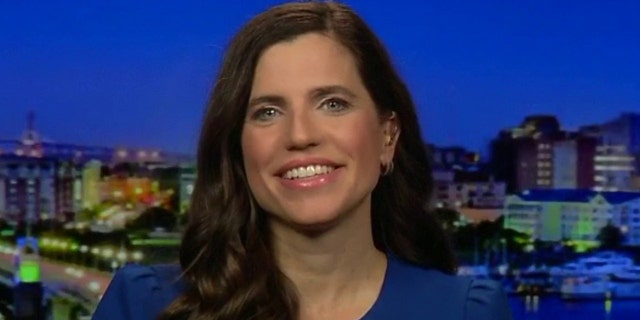 Mace celebrated her win at that same Waffle House she waitressed 25 years ago in a message to young people to dream big and work hard.

"My life has been an entire series of second chances," she said.

"I've been a fighter. Every time I failed, I picked myself back up again, and worked to get myself back to where I needed to be."