Guy Fieri's Times Square restaurant, where Jared Kushner and Ivanka Trump partied in late 2016 before heading to Washington, is gone. The office tower at 666 Fifth Ave, once the headquarters of the Kushner family's real estate empire, has been sold. So too has a stake in a project in the trendy Dumbo neighbourhood of Brooklyn.

New York looks a lot different now than it did before Jared Kushner left town to take a job as a senior adviser to his father-in-law, President Donald Trump. Kushner Cos., the company where he was chief executive officer, has pulled back from the city, separating itself from almost a decade's worth of investments in a few years. Instead, it has relocated its ambitions to apartment complexes in New Jersey and Florida. 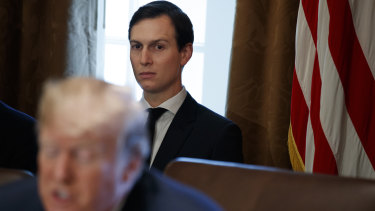 It isn't clear if Kushner will return to an active role in the company after four years in the White House, or even if he'll go back to New York. The changes made in his absence by his father Charles Kushner and company president Laurent Morali come after a decade-long push into the city, most of it when Jared Kushner was CEO. Although there were successes, some of the biggest deals foundered. High purchase prices, excessive borrowing and unrealistic expectations were followed by declining valuations and debt re-negotiations.

Kushner Cos. didn't respond to questions about whether Jared Kushner would rejoin the company or about the change in strategy. But Christopher Smith, its top lawyer, pointed in an email to a number of profitable transactions, including investments in Lower Manhattan and the Gowanus neighbourhood of Brooklyn. He said other buildings had gained in value. During the Trump years Kushner Cos. chased investors from China, Qatar and Israel as Jared Kushner was helping shape foreign policy. He stepped down from his role at the company and transferred some of his assets to family members, but the structure of the divestments wasn't clear, exacerbating ethics concerns.

At the same time, the company purchased apartment buildings in the suburbs of New Jersey, Maryland and Virginia, markets that are now booming as people flee cities during the COVID-19 pandemic. It is also looking to break into new territory: multifamily projects in South Florida.

Some of the transactions that brought the company to this point have been painful. The 2018 sale of 666 Fifth Ave. was necessary to pay off a loan incurred in 2007, at the peak of the market, when Kushner Cos. purchased the office tower for a then-record $US1.8 billion ($2.4 billion). Jared Kushner didn't become CEO until the following year, but he was involved in the negotiations and touted the purchase in a news release as having "great upside potential."

Saying goodbye to the property – a 99-year lease on the office space was sold to Brookfield Asset Management Inc. for $US1.3 billion – was a comedown from plans to demolish the building and replace it with an even taller skyscraper in partnership with China's Anbang Insurance Group, an option weighed by the company during Kushner's first months in the White House.

A few blocks away there's the Times Square retail property – six floors of the building that once housed the New York Times. Kushner Cos. bought the space in 2015, and a year later raised $US370 million of debt based on an appraisal price of $US470 million, a 59 per cent increase over what it had paid.

Now it looks as though the financial assumptions underpinning that valuation were a mirage. To fill the building, Kushner Cos. turned to tenants whose need for space was great but whose assessment of demand for experiential attractions turned out to be misguided. There was an exhibit featuring digital dolphins, and another with detailed miniatures of world monuments.

By the end of last year, Guy's American Kitchen & Bar was closed, a planned food hall never opened, a third tenant went bankrupt and a fourth wasn't paying full rent. Kushner Cos. defaulted on $US85 million of its debt there last December, and an August appraisal put the property's value at $US92.5 million, lender records show, about a 70 per cent drop from the purchase price. 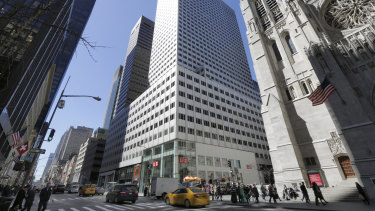 The 2018 sale of 666 Fifth Ave. was necessary to pay off a loan incurred in 2007, at the peak of the market, when Kushner Cos. purchased the office tower for a then-record $US1.8 billion.Credit:AP

Kushner Cos. also sold a less than 5 per cent stake in the Watchtower complex in Brooklyn's Dumbo neighbourhood, acquired from the Jehovah's Witnesses in 2016. Jared Kushner, whose father-in-law was running for president at the time, trumpeted plans to convert the buildings into stores and loft office spaces. Kushner's father decided to refocus elsewhere.

The list of New York sales since January 2017 includes two other Brooklyn development sites and apartments in Queens. The company hasn't announced any major acquisitions in the city since then.

Some New York deals that originated during Jared Kushner's tenure have been successful. Three properties were sold for a combined gross profit of $US239 million, according to data provided by Smith, the company's lawyer. But that's more than offset by about $US200 million in operating losses at 666 Fifth Ave. after debt payments, figures provided by lenders to investors show, and a $US200 million drop in value for the Times Square space.

New York isn't the only big city where Kushner Cos. is retrenching. The company has been in talks to offload its only Chicago office property, a 31-storey tower originally built for AT&T, for $US188 million, a 32 per cent discount from the 2007 purchase price and barely enough to cover the property's mortgage.

Investments in other markets have been ample. In 2019, the company made its biggest purchase in more than a decade, spending more than $US1 billion on 6000 apartments in the Baltimore and Washington suburbs. Two years earlier, it had teamed up with Israel's largest asset manager to purchase 1000 apartments in New Jersey. The company's return to its suburban roots might seem a surprising denouement, at least to those who thought Jared Kushner's public role might facilitate private dealmaking. But working for Trump often proved more awkward than lucrative.

Kushner's rising star attracted interest from investors who hadn't done business with his family's company. It also drew public scrutiny when his sister, Nicole Kushner Meyer, mentioned her brother's White House role while pitching investors in China on a project in Jersey City, New Jersey. The company later apologised to anyone who interpreted her remarks as an attempt to lure investors.

Anbang, which made real estate purchases across the US prior to Trump's China-bashing ascent to the White House, walked away from 666 Fifth Ave. soon after Bloomberg News reported details of a proposed deal with Kushner Cos. in early 2017 that would have provided a $US4 billion construction loan and a $US400 million payout to the Kushners. Chinese authorities seized Anbang the following year and imprisoned its chairman on unrelated fraud and embezzlement charges.

Qatari royals also weighed an investment in 666 Fifth Ave. During the 2016 presidential campaign, Jared Kushner and his father had talked with Sheikh Hamad bin Jassim Al Thani, who'd previously served as Qatar's prime minister and head of its sovereign-wealth fund, about investing in the tower. The deal would have included $US500 million from the sheikh's investment firm, contingent on finding other investors. Talks stalled after simultaneous negotiations with Anbang fell apart.One Kushner Cos. business partner who asked not to be identified discussing the closely held business said Jared Kushner's work as Trump's emissary to Israel and the Middle East introduced him to a new set of wealthy investors who could become partners once he returns to the private sector. 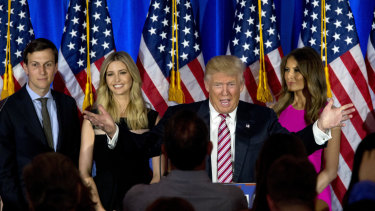 A lot has changed at Jared Kushner’s family company during his time in the White House.Credit:AP

Last week, on what may be his last trip to the region, Jared Kushner worked to bridge the divide between Saudi Arabia and Qatar, which had worsened after Saudi Arabia launched a blockade of its neighbour that Trump backed. A spokesman for the White House declined to comment. The company also is positioned to benefit from Trump's 2017 tax law, which created incentives to invest in low-income neighbourhoods designated as opportunity zones. One Florida development is in such an area, which allows investors to defer taxes on capital gains reinvested there. Kushner Cos. is expanding properties in zones in the New Jersey beach town of Long Branch. It has declined to say whether it's taking advantage of the tax breaks, and no public disclosures are required.

Whether he does come back to the family real estate business, Jared Kushner still owns a stake in Cadre, the startup he co-founded that sells fractional shares of investments in property deals. Cadre arranged to buy him out last year, but the deal was shelved after the pandemic hit, and the company has reduced staff and made other cutbacks. A spokesman for Cadre didn't provide comment.