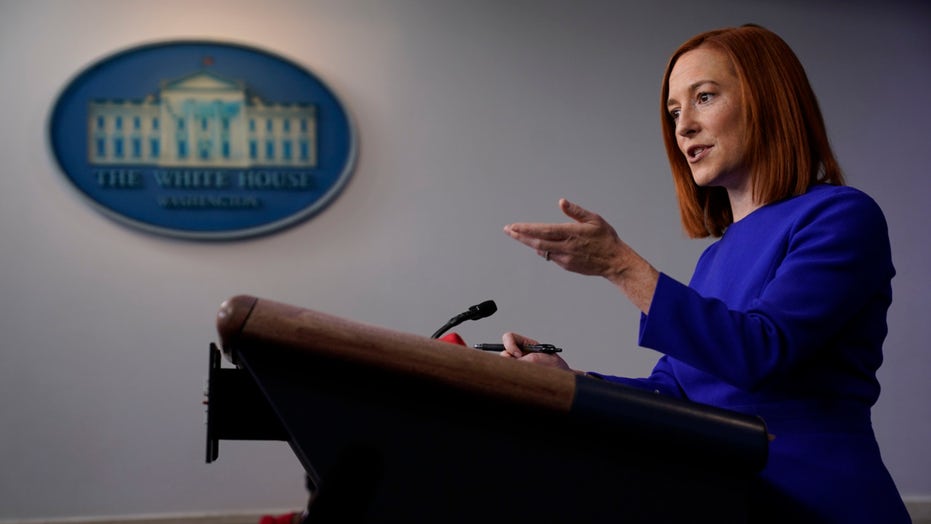 While Biden followed presidential tradition in proclaiming “Read Across America Day” on Tuesday, March 2, Dr. Seuss’ birthday, he bucked his predecessors by leaving out any mention of Dr. Seuss from the proclamation.

When asked during the White House press briefing Tuesday why the president left out Dr. Seuss, Psaki punted to the Department of Education.

“The proclamation was written by the Department of Education, and you could certainly speak to them about more specifics about the drafting of it,” Psaki said. “But read Across America Day, which is, you’re right, has not existed forever, has only been around for a short period of time, elevates and celebrates a love of reading among our nation’s youngest leaders.” 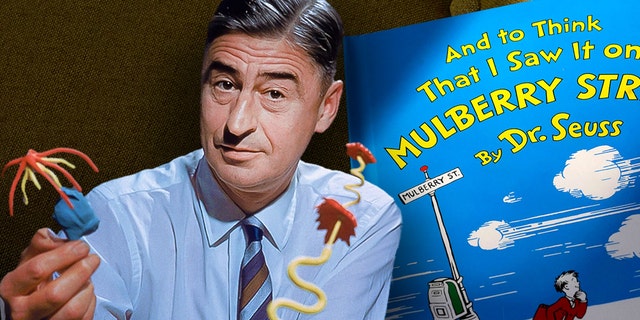 1959: Children’s book author/illustrator Theodor Seuss Geisel poses with models of some of the characters he has created. (Photo by John Bryson/The LIFE Images Collection via Getty Images/Getty Images) ___________ A copy of the book "And to Think That I Saw It on Mulberry Street," by Dr. Seuss, rests in a chair, Monday, March 1, 2021, in Walpole, Mass. (AP Photo/Steven Senne)
(Getty images / AP)

Psaki said, “The day is also a chance to celebrate diverse authors whose work and lived experience reflect the diversity of our country, and that’s certainly what they what they attempted to do or hope to do this year.”

“And as we celebrate the love of reading uplift diverse and representative authors, it is especially important that we ensure all children can see themselves represented and celebrated, celebrated in the books that they read,” Psaki continued.

Psaki was asked whether the decision had to do with the controversy surrounding a lack of diversity in Dr. Seuss books, to which she replied: “Again, I think it is important that children of of all backgrounds see themselves in the children’s books that they read.”

“But I would point you to the Department of Education for any more details on the writing of the proclamation,” Psaki said.

“The works of Theodor Seuss Geisel, better known to us as Dr. Seuss, have sparked a love for reading in generations of students.,” Obama said in his 2015 proclamation. “His whimsical wordplay and curious characters inspire children to dream big and remind readers of all ages that ‘a person’s a person no matter how small.'” 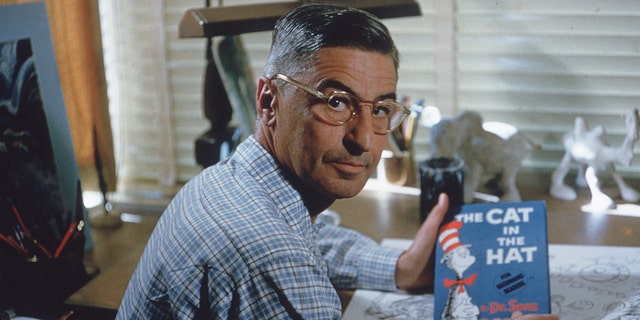 American author and illustrator Dr. Seuss (Theodor Seuss Geisel, 1904-1991) sits at his drafting table in his home office with a copy of his book, "The Cat in the Hat," La Jolla, California, April 25, 1957. (Photo by Gene Lester/Getty Images)

Obama’s 2016 proclamation described Seuss as “one of America’s revered wordsmiths” who “used his incredible talent to instill in his most impressionable readers universal values we all hold dear.”

Trump, in his 2018 proclamation, urged Americans to “always remember the still-vibrant words of Dr. Seuss: ‘You have brains in your head. You have feet in your shoes. You can steer yourself any direction you choose.'”

Meanwhile, the sales of six Dr. Seuss books will cease over racist and insensitive imagery, according to Dr. Seuss Enterprises, which preserves and protects the author’s legacy.

“These books portray people in ways that are hurtful and wrong,” Dr. Seuss Enterprises told The Associated Press in a statement.

“Ceasing sales of these books is only part of our commitment and our broader plan to ensure Dr. Seuss Enterprises’ catalog represents and supports all communities and families,” the statement continued.

Copies of “And to Think That I Saw It on Mulberry Street,” “If I Ran the Zoo,” “McElligot’s Pool,” “On Beyond Zebra!,” “Scrambled Eggs Super!,” and “The Cat’s Quizzer” will no longer be published.

The decision to cease publication and sales of the books was made last year after months of discussion, the company told AP.

“Dr. Seuss Enterprises listened and took feedback from our audiences including teachers, academics and specialists in the field as part of our review process. We then worked with a panel of experts, including educators, to review our catalog of titles,” it said.

Books by Dr. Seuss — born Theodor Seuss Geisel in Springfield, Massachusetts, on March 2, 1904 — are sold in more than 100 countries.

The “How the Grinch Stole Christmas!” author remains popular, earning an estimated $33 million before taxes in 2020, up from just $9.5 million five years ago, the company said. Forbes listed him No. 2 on its highest-paid dead celebrities of 2020, behind only the late pop star Michael Jackson.

As adored as Dr. Seuss is by millions around the world for the positive values in many of his works, including environmentalism and tolerance, there has been increasing criticism in recent years over the way Black, Asian and other characters are drawn in some of his most beloved children’s books, as well as in his earlier advertising and propaganda illustrations.

The National Education Association, which founded Read Across America Day in 1998 and deliberately aligned it with Geisel’s birthday, has for several years deemphasized Seuss and encouraged a more diverse reading list for children.

A Virginia school system recently decided to discourage recognition of National Read Across America Day in light of the controversy, prompting discussion of the author and decisions to “cancel” his work on social media. The school system clarified in a Feb. 27 statement that it is not banning the author’s books.