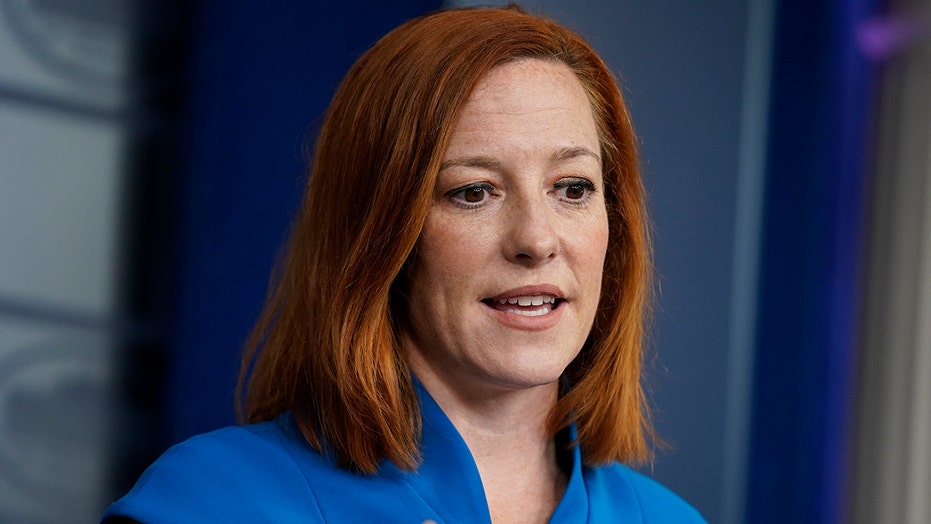 A reporter asked Psaki in a news briefing Tuesday what message could be taken from the “rebranding” of the Biden administration to the Biden-Harris administration. Previous White Houses have primarily emphasized the president on their website and social media channels, although more recently, the vice president’s role has been highlighted.

“I would take from it that Vice President Harris is an important partner, she’s the first in the room and the last in the room on most occasions if she’s in town,” Psaki said, adding that it was a “reflection of the important role she will play moving forward.”

Both Biden and Harris are also listed on the White House’s main Twitter page, with the bio reading: “Welcome to the Biden-Harris White House!”

Under the Biden-Harris administration tab on WhiteHouse.gov, the page says, “Thousands of people work in the West Wing, the East Wing, the Cabinet, and the Executive Office of the President. Learn more about the people who carry out the priorities of the Biden-Harris administration.” It shows pictures of Biden and Harris along with first lady Jill Biden and second gentleman Doug Emhoff. 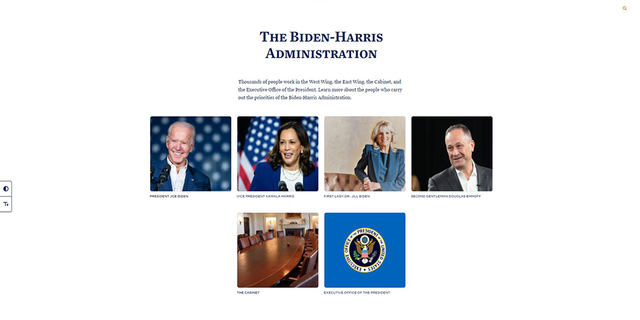 The "administration" tab on the White House’s official website.  (whitehouse.gov)

The Obama White House website also headlined the page “The Administration,” but referenced the “Obama-Biden Administration” below.

“Thousands of people work in the West Wing, the East Wing, the Cabinet, and the Executive Office of the President. Learn more about the people who carry out the priorities of the Obama-Biden Administration​,” the description read.

Last week, Biden designated Harris as his point person to address the surge in migrants at the southern border, serving as the diplomatic liaison in negotiations with Mexico and the “Northern Triangle” nations of Honduras, Guatemala and El Salvador.

Harris has also taken a number of solo calls with world leaders, just a few months into the new administration – a signal that she’ll engage deeply even in foreign policy, though her experience has been almost entirely in the domestic realm.