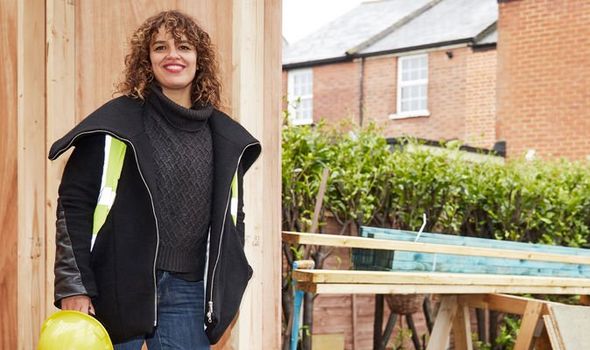 On a 40-acre farm on the outskirts of Winchester, Aurora and Matt were looking to turn a horse trailer into a bathroom for their second holiday let.

Aurora turned a log cabin into a master bedroom-sized holiday let but it was missing a bathroom.

There was no room inside the holiday let for a bathroom, so Aurora decided to buy a horse box and turn it into a bathroom.

With a budget of just £4,000, there was a lot that needed doing to get the project done.

Somerset couple Jo and Nick have a holiday cottage that they normally rent out for extra income.

However, like many Britons, Nick found himself working from home during lockdown and has used the rental cottage as an office.

The couple decided to buy a double decker bus for just £2,500 to turn into a “quirky” holiday let.

They planned to convert the bus into a two-bedroom holiday let on a £20,000 budget.

Both couples ended up creating stunning projects that served their intended purpose, but ended up going over budget.

Architect and Gabrielle spoke exclusively to Express.co.uk about why those projects went “over budget”.

She said: “The bus came in on budget for the actual build but what Jo didn’t factor in was planning and getting pipework and electrics to wherever she wanted to get them to.

“All of these cost a lot more than she had even factored in.

“It’s actually something she didn’t even think about at the beginning when she bought the double decker bus.”

Gabrielle said the horse box project went over budget because Aurora “loved the build so much”.

“She wanted to give it her all,” she explained.

“Rather than it being loosely cladded, she went for details.

“Actually, every penny spent was extra love given to the project and that just shows how much she really enjoyed it.”

Gabrielle said Aurora was incredibly “savvy” with her project and managed to save money by recycling.

She added: “Where she may have spent more on one end, she saved on others.”

The architect and presenter described the shows people “taking their first step” into construction.

She continued: “As long as you’ve got a logical mind in terms of what you need doing, when it needs doing and how much budget you need to put to it, you’ll end up finishing.”

Gabrielle has also appeared as an architect on DIY SOS and BBC’s The Apprentice in 2012.

Quick Little Builds is also available to stream on discovery+