Moments after Democrat Joe Biden was projected to be the winner of the 2020 presidential election, President Donald Trump released a statement on Saturday declaring that his opponent “is rushing to falsely pose as the winner.” 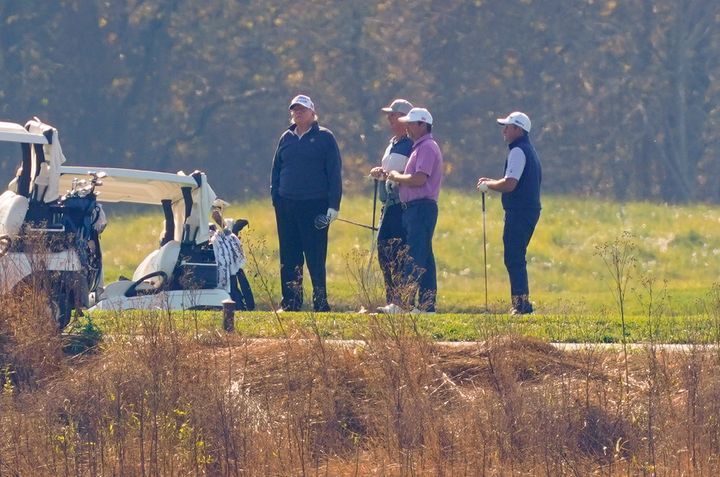 “The simple fact is this election is far from over. Joe Biden has not been certified as the winner of any states, let alone any of the highly contested states headed for mandatory recounts, or states where our campaign has valid and legitimate legal challenges that could determine the ultimate victor,” Trump said in the statement.

Elections are usually called by news media, which tracks votes in local jurisdictions across all 50 states, before they are officially certified, because that process can take weeks.

“Beginning Monday, our campaign will start prosecuting our case in court to ensure election laws are fully upheld and the rightful winner is seated,” Trump said, accusing the Democratic Party of “wrongdoing.”

“So what is Biden hiding? I will not rest until the American People have the honest vote count they deserve and that Democracy demands,” Trump concluded.

For months, Trump has attempted to undermine the election, repeatedly touting baseless conspiracy theories about the alleged fraud risk of mail-in voting. His claims are unsubstantiated. Voting by mail has a long history in the U.S., and voter fraud of all types, including when mail-in ballots are used, is extremely rare in this country.

Yet the president continued to push these lies from Election Day on, insisting without evidence that Biden was besting him in battleground states because of “illegal votes.” In his statement, he baselessly claimed that the Biden campaign wanted “ballots counted even if they are fraudulent, manufactured, or cast by ineligible or deceased voters.”

Trump has also repeatedly claimed victory, notably in the wee hours of Wednesday when millions of votes remained uncounted, and again Saturday morning in a tweet quickly labeled as misinformation by Twitter.

An earlier statement from Trump parroted sentiments shared widely by those who have been critical of the president’s behavior during the election ― asserting that “this is about the integrity of our entire election process.”

In an effort to stymie his opponent’s popular-vote win, Trump turned to the courts while Biden gained ground this week, edging out Trump in key states such as Georgia and Pennsylvania.

The president’s campaign filed lawsuits in several states to stop vote counting and disqualify ballots, but those efforts have thus far proved ineffective.

Trump has vowed, however, to continue filing legal challenges, saying on Thursday that “there will be a lot of litigation.”

“It’s going to end up perhaps at the highest court in the land,” the president added.