Power grid operators in three states say upgrades are desperately needed to support the build-out of more clean energy across the coal-dominated electricity network if Australia is to achieve the massive emissions cuts targeted under the nation’s new net-zero commitment.

The federal Coalition’s promise to reach carbon-neutrality by 2050 unveiled on Tuesday includes a 97 per cent cut in the power sector’s greenhouse gas emissions, and the government is forecasting at least 55 per cent of generation will be renewable by 2030. 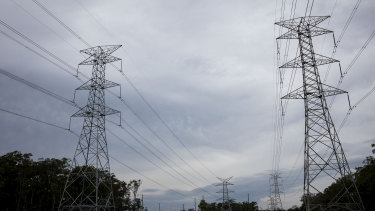 While renewables’ share of the grid has been rapidly rising and most coal plants will have closed by 2050, Victoria’s AusNet Services, Transgrid in NSW and Tasmania’s TasNetworks have this week launched an appeal for community support for transmission projects they say are the “missing links” to deliver a smooth transition from fossil fuels to more green power.

“There’s no transition to renewables without transmission,” said Andrew Dillon of Energy Networks Australia, representing the country’s main power and gas distributors. “It will ensure our power grid is resilient and able to deliver reliable and affordable clean energy.”

Renewable energy developers’ frustrations with Australia’s power grid focus on congestion, connection and system strength issues, which they say threaten to stunt the next wave of wind and solar projects that will be needed to replace retiring coal-fired generators.

However, key projects to modernise the grid including building new power poles and wires routinely attract significant opposition from regional and rural communities concerned about the impact of giant towers on property values and the landscape. Farmer groups and First Nations traditional owners in Victoria and NSW say their rights must be respected in developing plans for high-voltage power-line corridors.

TasNetworks, which is developing the subsea $3.5 billion Marinus Link cable under Bass Strait to deliver Tasmania’s renewable energy resources to the mainland, said the project would take the equivalent of 1 million combustion-engine vehicles off the roads.

“The Australian Energy Market Operator’s (AEMO) … identified that Australia is experiencing what is acknowledged to be the world’s fastest energy transition,” TasNetworks chief executive Sean McGoldrick said. “However, the missing link is new transmission to ensure all the wind and solar generation coming on is safely and reliably connected into our towns and cities.”

Dr McGoldrick said the network companies were vowing to work with communities, landowners, governments and industry to fight climate change by “building a stronger, modern grid”.

In Australia, coal and gas are still the dominant sources of the power mix, with renewable energy accounting for less than 30 per cent. 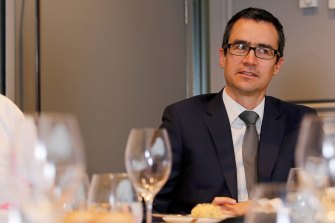 “The network we have today was built for the 20th not the 21st century.” Clean Energy Council chief executive Kane Thornton.Credit:Wayne Taylor

However, after 3.3 gigawatts of new wind and solar power capacity were plugged into the nation’s main grid during 2020 AEMO said the growth was “staggering” and renewables could make up more than 90 per cent of the grid as early as the mid-2030s if the trajectory continued.

Renewable energy developers on Thursday renewed calls for greater leadership and coordination between the Commonwealth and state governments to open up the power market and help support the transition.

“The network we have today was built for the 20th not the 21st century,” Clean Energy Council chief executive Kane Thornton said. “We need significant public and private investment and regulatory reform.”

“We need a better plan for the development of renewable energy transmission and generation that ensures renewables don’t become the next extractive industry in the bush,” Mr Mahar said.

“I fear the renewables sector is more interested in filling up corporate coffers than getting the best outcome for Australia from this transition.”